TV Does Not Respond To Buttons

Modern users have already forgotten those distant times when it was necessary to get up from a comfortable chair to switch channels, make the sound louder or adjust the brightness. Today, the remote control (RC) provides invaluable assistance in this. Therefore, if the TV suddenly does not respond to commands from the control panel, this causes some discomfort. Why this happens, and how to reanimate the device, we will consider below.

Why the remote control does not work

If your remote does not affect the TV, then there can be many reasons, and only an experienced master can figure out the essence of the problem, establish an accurate diagnosis. With the help of special diagnostics, the cause will be found in a short time, and often it lies in other devices. This already requires completely different actions. However, there are quite banal reasons that cause problems with remote control. 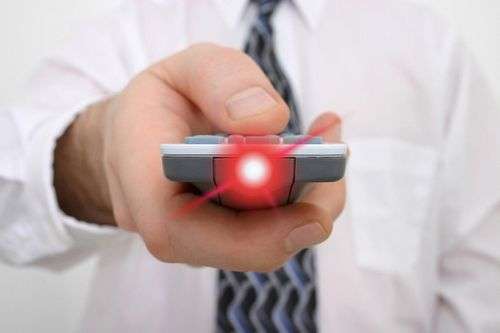 Sometimes there is such a problem that the TV remote control does not work. Most often, the cause of the problems lies in itself. Of course, if the remote control has fallen or is damaged mechanically, then repairing it is not so simple. First you need to check the joint operation of the television receiver and the remote control. To do this, perform the following steps.

The most common cause for a device to stop working is low battery. This is also shown by the statistics of customer calls to repair points for household appliances. But replacing power supplies is the easiest thing to deal with easily. We find on the back of the device a cover under which the batteries are located. On the lid there is a special corrugated surface, by clicking on which, it can be easily moved. The movement occurs in the direction that the arrows point. After opening the compartment, we remove and dispose of the old batteries, and insert new batteries in their place, observing the polarity.

Another reason is also possible: the batteries themselves are in order, but the contacts in the power compartment are oxidized or loose. To check their condition, remove the cover, as described above. Shake the batteries a bit. If they are loosely fixed, dangling in the nest, they need to be tightened. Having removed the batteries, we tighten the contacts with a screwdriver, then set the power back.

Oxidized steel parts do not allow electric current. Oxidation comes from dirt, dust, moisture. An ordinary cotton swab dipped in alcohol or cologne, Wipe the contact points. If this is not enough and the corrosion is not completely removed, remove it with a sharp metal stick. A needle or screwdriver will do.

In addition to batteries, the malfunction may be an infrared LED. It can break off or simply fail. It is simply impossible to determine whether the device is in order or not: for this need a smartphone.

To check the operation of the remote control using a mobile device, the following conditions must be met.

The sequence of steps for checking the operation of the IR sensor using the phone is as follows.

Using this technique, you can identify those buttons on the remote that do not work, and repair them. Sometimes specialist advice is required. If the device cannot be repaired, you need to purchase a new remote control.

The indicator lights up, but the TV does not turn on with the remote control? Such a malfunction, according to statistics, often occurs with Sony and LG brand products than other manufacturers. You need to check the remote control for the signal frequency on a similar model with friends or immediately contact the service. Experienced masters will check the device.

Turning off / on the TV via the remote control does not occur, the indicator responds, but there is no action, or the TV starts to respond only after repeatedly pressing any button. Such a malfunction appears more often with brands of Philips and Samsung TVs. Try to solve this problem with simultaneous pressing Program and Volume on the front of the TV. If the problem persists, you need to upgrade the product system to the latest software version, then your TV will turn on the first time.

They are very rare, but they cannot be ruled out. Just make sure that the remote control does not interfere with anything: flashing fluorescent lights, other household appliances such as a microwave oven or microwave. For example, this situation may occur if the TV is not correctly placed in the kitchen: many users put the TV on the microwave without thinking about whether this can be done. Perhaps these steps will help answer the question of why the TV does not turn off and does not turn on from the remote control.

The problem is in the TV

As a result of numerous checks, you found out that the remote control is working, and the TV is still not going to turn off when you press the corresponding button on the remote control? There are few options here: the photodetector does not work correctly, or there was a breakdown in product management processor. It is impossible to eliminate such a malfunction on your own. With your actions you can cause irreparable harm to delicate equipment. It simply can turn off forever, and no magician will be able to reanimate it, and you have to go for a new TV.

Read more:  How to Connect a Modem to a TV

How to replace a faulty remote

Each user should know that repairing the remote control is sometimes much more expensive than acquiring a new universal or specially branded your TV. Therefore, if the remote control has a serious malfunction, then in 99% of cases it is easier to replace it than to repair it. Our article will help you choose a new remote.

One has only to direct the mobile device to the TV for synchronization and remember the settings. Such a remote is reliable in operation, and it will not have the problems listed above.

My TV model is Vestel 32LE5000H. I pressed the shutter button once, but I did all the operations twice. I even tried to replace it with a universal remote control. The result is the same. So there is a mistake on the TV. Please help me what to do?

TV does not respond to remotes. I turn on the TV lg immediately the sound itself decreases to zero and that’s all.

Many thanks to Alexey for the post. They were already scared and thought how much the repair would cost. The advice under item 12 really helped !!

I live in my house. The remote is serviceable. One button did not work. Carried in repair. Now it does not turn on and does not work at all, does not respond to buttons. What is the reason?

Hello everyone!
The TV was repaired yesterday, with a grill.

My Samsung 5 Series TV stopped responding to the volume buttons, then all the buttons on the remote

And the joystick on the TV itself, and 10/28/17 the TV stopped responding to the power off and

Symptoms
1. August 2017, the TV stopped responding to the volume buttons, while the reception indicator

The signal blinked, but the function didn’t work, the Smart Hub worked or didn’t work. Because telly is needed only for

Watching YouTube and sometimes 1 conal it was critical;
2. September 2017, the TV stopped responding to all buttons on the remote control and joystick, except for the on / off buttons

And sleep mode, but sometimes (late night, early morning) there was a reaction to all buttons, sometimes functions

Reassigned between buttons;
3.October 28, 2017 the TV stopped responding to all the power and sleep buttons.

Finding a solution to the problem:
I must say that since the TV set is 3 years old and knowing that the same people as me work in the service centers (Forevar handshakes!), I decided to contact the Samsung service center or TV repair when I completely break it, and the initial condition was to fix the TV set without disassembling it, for stupidly lazy.

Read more:  Why On Huawei Does Not Enough Memory

The model of the TV is UE40H6230AK, but in the end you will understand that this information is not related to the result:
1. I read almost all Russian-speaking CIS forums where Samsung TV problems were discussed (I learned a lot, thought a lot (no more than 10 minutes) and did it quickly);
2. Changed the batteries in the remote control (could not);
3. I disassembled and cleaned all the boards and contacts of the remote control with alcohol (the alcohol did not help the remote, but helped me);
4. Checked the socket and power plug of the TV (could not);
5. Checked the power outlet, disassembled it, held out the contacts, collected it, checked the ground (could not);
6. Checked protective zero and automatic switchgear. Shield, held out contacts (could not);
7. Reset Smart Hub settings through the menu (could not);
8. Through the service password (from some forum), reset the Smart Hub, the settings of the built-in browser, cleaned the cache, turned off Wi-Fi (could not);
9. Through the password for extended access (from some forum) I got access to all factory calibrations, settings and functions. There I was looking for the function on / off Bluetooth, because even then, in addition to Bluetooth, I checked everything that is possible (could not);
10. Since all that could help me those. I already did support Samsung, I called there only to clarify whether Bluetooth can be turned off. The technical support manager through the external access password repeated the reset and zeroing, checked the factory settings, at the same time explaining that there is no Bluetooth software on / off, just disassemble and disconnect the antenna with your hands (Koreans are also from ours. Rukozhopy :)), also discussed the option of stupidly sticking it to telly a half of the laptop and use the telly only as a screen. The conclusion was that it was premature and would have to disassemble the telly, which I could but did not want (could not);
11. Consistently, watching the reaction to the buttons, disconnected all devices and wires from the TV, turned off all devices with Wi-Fi and Bluetooth in the apartment (could not);
12. I picked up my cell phone and started searching for Bluetooth devices under, above and around the TV, I found the Samsung TV 9th Generation device under the TV, the signal is stronger, it’s obviously a telly of enemy neighbors below (the cold war because of my noisy children), to interrupt the signal you need a metal grid or grill, which was found in the gas stove. Grill 500×500 mm.

I put the grill on the floor, under the carpet, under the right corner of the TV (there’s a Bluetooth antenna) and all the functions of the TV worked like a new one without disassembling the TV, without a useless drive for diagnostics and service centers so that everyone could pay 500-1000 rubles for “ look” # 128578;

Those. Samsung’s phone support confirmed that the seizure of the functions of one Samsung TV by another television of the older generation is possible and they have no solution to the problem (Koreans are also handshakes).