In my review on Honor 7X, I stipulated that screens in smartphones of a new format, that is, with a ratio of 18 by 9 sides and with narrow frames above and below, will become the trend of 2018. Now such screens are the prerogative of more expensive flagship devices, but they are gradually moving into the middle segment, which, for example, refers to the Honor 7X.

But from the beginning of 2018, these screens will appear in the most budget models, and almost all manufacturers will switch to a new display format in absolutely all of their models. And now, as if in confirmation of my words, Xiaomi announced and released its smartphones with a new display format, and did it in the usual manner for itself. it made “stuffed” smartphones to the maximum.

The new display format, good hardware, cool design with a metal case and everything else. And at the same time ultimatally low prices. Today I will tell you about my impressions of Redmi 5.

Looking ahead, I’ll say that Redmi 5 surprised me with what I did not expect from him at all. And by the end, I can call it a great start to 2018. But first things first.

Let me remind you that Redmi 5 belongs to the budget segment. Its price, at the moment, is about 120-130. Personally, I want to say, finally in the Redmi lineup, at least some original and eye-catching model. And not another representative of the conveyor. Perhaps the only thing that gives budget smartphones is its design.

On paper, everything looks good. A thin case made of metal with plastic inserts is actually the cheapest option for implementing a metal case. This is not a unibody case made from a single piece of metal, as was the case in Redmi 4, for example. This is not a metal back cover, the entire width of the smartphone with plastic inserts at the top and bottom for outputting antennas. As was the case in Redmi 3 or 4X.

In Redmi 5, on the contrary, is a completely plastic case with a metal insert on the back. Well, that is, they took the back panel, made entirely of plastic, cut a window and “slammed” into it, literally, a small sheet of metal. over, it is likely that there is really no metal, but some plastic with a thin metallized coating.

So do the cheapest smartphones with a metal case. Low cost, but these details are only for those who are interested. Most users, I think, will not even think about it.

The sweeping camera, on the contrary, is likely to upset many. While for me, this is not a big minus. Yes, it sticks out, but if you put the lid on the table, it starts to “walk” left to right to the boat. Yes, it will probably be scratched, but I take it quite calmly.

But, the thickness of the smartphone is only 7.7 mm. Plus, it is worth noting that the kit comes with a transparent, silicone, soft case, which, in principle, eliminates this problem. 4 colors are available: classic gold and black, as well as quite specific blue and pink.

Ergonomics is great. I repeat, the smartphone is thin and the display size, thanks to the new screen format, is 5.7 inches. The case is compact, the width of the device is 72 mm, a little more than that of Redmi 4X, and therefore the smartphone lies perfectly in the hand. It is not felt by a shovel, although holding the smartphone with one hand to reach the top with your thumb to lower the notification panel, for example, sometimes it’s still difficult.

The smartphone is elongated in length, but it’s all the same for the diagonal of 5.7 inches, a huge step forward in terms of ease of use. The arrangement of the elements is familiar: on the right side there is a lock and volume control button, on the left. a combined slot.

Bottom micro-USB and speaker, top jack, microphone and IR transmitter. The fingerprint scanner is located on the back side, directly under the camera lens, it just appears under the index finger and does not work badly.

About the screen, one thing can be said, this is very cool. Yes, in 2018 such screens will be ubiquitous, even in models cheaper than a hundred dollars, but at the moment this is not so. And therefore, to see such a display in the model for 120 is simply unbelievable.

The display itself is not the best and this, again, is expected from a budget model, but the narrow frames and the new aspect ratio of the screen smooth out all the shortcomings. I did not really like the color rendering, it seemed faded, but not as much as in MI A1, plus the feeling that Redmi 5 has a large air gap between the layers of the display.

Also, the low pixel density is embarrassing, it is here 282 PPI, which is not enough, it will catch the eye of even an unexperienced user. This is expected, after all, the HD resolution for the 5.7-inch smartphone is frankly small. For all other parameters, the display is excellent in viewing angles, in terms of brightness and contrast, the protective glass is made using 2.5D technology. And in conjunction with narrow frames, as a result, the Redmi 5 screen produces, nevertheless, a positive impression. over, it surprises and delights, and this is the main thing. Of the features, the initially rounded corners of the display add a plus to the overall impression.

Briefly note the sound. And in the ears and in dynamics it is excellent, especially in the ears. And considering the cost of a smartphone, the value of good sound grows even more. I associate this with the new Qualcomm Snapdragon 450 chip. The official specifications of the chip declare support for Qualcomm speakers. Judging by the description, this is some combination of audio codec, amplifier and additional software.

Read more:  How To Open The Xiaomi Redmi 4, 4a, Pro Phone And Remove The Back Cover

Judging by the official website of Qualcomm-acoustics, it is used in the company’s top chips 835, 821, 820 Snapdragon. And also in the strong representatives of the middle class, which are 60 and 30 Snapdragon. And now this technology has reached the budget segment. This makes me happy. On the other hand, it is indicated on older 435 Snapdragon chips, for example.

But there, the sound did not surprise me so pleasantly. Well, I think maybe they have finished something. Or just the quality of Qualcomm acoustics, depends on the chip itself. And on more recent, and on more powerful chips, it shows itself better. But this is not the main thing that impressed me in the Snapdragon 450. it is its autonomy.

What is the autonomy of work

An important difference is the Snapdragon 450, which is actually a new chip, it was literally introduced in the middle of summer from previous chips of the budget line 435, 430 and so on. This is a new process technology. If earlier it was 28 nanometer, now it is 14 nanometer. Like the more expensive mid-range chips. This dramatically affected the autonomy of the smartphone. And my fears that for a 5.7-inch screen a 3300 mAh battery will not be enough, they just instantly vanished.

The benchmark Betri-test, in which I test all smartphones, Redmi 5 showed 15 hours 35 minutes, watchings on YouTube, via Wi-Fi with the brightness turned on to the maximum, discharged the smartphone by 15% in an hour. Let me remind you that discharging a smartphone is not a linear process, it is not direct, it goes faster or slower.

And, for example, the next half hour discharged the smartphone by only 5%. So you can’t just divide 100% by 15 and say that Redmi 5 will play the for 6.5 hours. But it is clear that this will obviously be more than 7 hours. Which is also very, very worthy.

In standby mode, the smartphone lies for days without showing an abnormal battery drain. On the contrary, it discharges very slowly without any sharp subsidence. That worthy autonomy Redmi 5 surprised me the most. But there is no quick, straightforward quick charge here.

But, in the absence of Redmi 5, it charges faster than usual, gaining about 25% in half an hour. Probably affects the proprietary Qualcomm Quick Charge, albeit the old generation. But energy efficiency is not the only plus of Snapdragon. 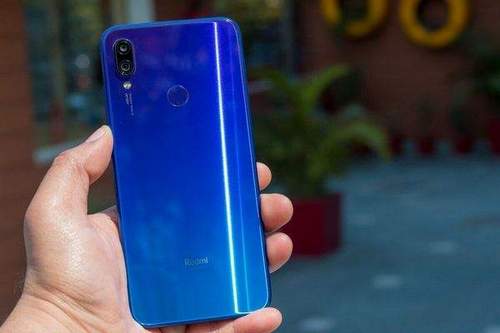 He adopted from the lagging brothers: the Adreno 506 graphics chip and a higher level of computing performance. There are 8 cores operating at a frequency of 1.8 Hz, versus 1.4 in Snapdragon 435. Plus, they added energy-efficient 18 by 9 screen support, dual cameras, and better data transfer speed. Add the smart MIUI 9 and get a really energy-efficient speed.

There are two versions of the smartphone. The first with two gigabytes of RAM and sixteen permanent. The second classic 3 plus 32. I had just the first and I’m talking about it. Everything works very smartly, this concerns the speed of launching applications, switching between them, smooth operation.

Read more:  How to Connect the Remote to Xiaomi TV

It affects negatively, a little, only the small size of RAM. When they return to the applications, they are periodically rebooted, but this is normal. For those who are bothering, I recommend paying attention to the older version. In games, everything is fine, including heavy games, like the same Asphalt at high settings. But, unpretentious, generally go without any problems.

In my opinion, Redmi 5 has perhaps the best combination of performance and energy efficiency. And within the super-budget class of devices, which include Redmi 5, this chip, I consider it a real breakthrough.

Finally, the camera. It’s all without revelations, the classic level for a budget employee from a normal brand, such as Xiaomi and Huawei. 12 MP, F 2.2, pixel size 1.2 μM. In the afternoon you can get a good shot, but now in the afternoon with good light, almost all more or less adequate smartphones take good pictures. But in the evening or at night, the photos turn into a real “mess” of pixels.

The advantages of the camera, I would include a good detail in good light, which is tightened, including programmatically. And also a good realistic color rendition. And if you think logically, few people take pictures in the dark, which means that for most users the camera will be tolerable. All this applies to the selfie camera, in the dark it’s just a terrible “mess”. But in good color, not bad detailed pictures.

True, there is no autofocus and this is expected for an ultra budget employee. So, it is necessary to empirically determine the focal length to the camera and take a selfie precisely from it. But they added a flash to the front-end, though I’m not sure why. Well, something like that, like everything about the review.

To summarize, a very strong model for its price class, here is a breakthrough chipset for the segment with excellent performance and incredible autonomy. Here, an amazing, striking display, albeit not the highest quality. There is ease of use and well-deserved ergonomics. What else is needed for a smartphone?

Among the weaknesses, I would include the design and materials of the assembly, simply because there is a Redmi 4 with a metal case. But this is precisely the weak side, and not the minus of the smartphone, because objectively I understand that, probably, the new display format and expensive case materials are not possible at this price. Well and still, it is worth noting the classic lack of support for the 20 band in the Chinese version. The rest, as I said at the very beginning, is a very cool and promising beginning of 2018.

You can purchase a smartphone from an official representative: Version 2-16 Version 3-32