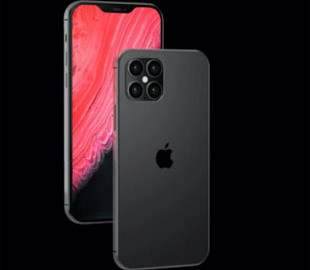 2020 promises to be very saturated with new products from Apple. Five new iPhones are expected to be shown, including the “budget” iPhone 9 and iPhone SE 2, as well as the new iPhone 12 lineup. Along with them, it is rumored that a presentation of the augmented reality headset and a non-standard Apple Tag accessory are expected. What else to expect from Apple’s presentations and new products in 2020? In this article, “Today” will tell about all the plans of the company until the end of the year: presentations, release date and the likely price of devices.

Apple typically holds up to four events a year. The first event takes place in March, then in June the WWDC World Conference of Developers starts, where they show new iOS firmware and announce the next version of macOS. The traditional September iPhone presentation closes the year, and in October iMac and MacBook are shown, if any.

Over the past decade, Apple’s earliest presentation was in March. Over the past five years, Apple has held its event four times, skipping 2017. March events can bring us almost anything. The events of last March included such various products as the improved Apple Watch, the new MacBook, iPhone SE, the new iPad and iPad Pro, and even the announcement of the services of the Apple Card, Apple Arcade and Apple TV.

Apple presentations in March do not follow a specific monthly schedule. Apple held them March 2, March 27, and there were several other interim dates. There is no clear date for the presentation, but judging by leaks from insiders, it will definitely be.

It is likely that in March services will be presented, whether it be improvements and new content for existing services, such as Apple Arcade or Apple TV, or new services that have not yet been presented. The most important rumor regarding the spring event is the announcement of the 4.7-inch iPhone SE 2 or iPhone 9, or even the appearance of both smartphones together. In any case, the novelty will have to replace the iPhone SE, which was shown in March 2016.

Together with the iPhone SE 2 (iPhone 9) is expected to show the accessory Apple Tag (AirTags). Tags for finding lost things. It is possible that the March presentation will be a good time for the announcement of the gadget.

Apple’s weekly event for WWDC 2020 developers is always held in June and always starts with a big presentation where the company announces new updates for macOS, tvOS, iOS, iPadOS and watchOS for the fall. As a rule, the presentation takes place in the first or second full week of June, which in 2020 falls on June 1-5 or 8-12.

Wwdc events often (but not always) also represent new equipment. It was at WWDC 2019 that the first expensive graters of Mac Pro and Pro Display XDR were announced for the first time, and HomePod and iMac Pro were presented at WWDC in 2017.

According to information from insiders, Apple at the June presentation will show the new iPad 2020 with a ToF 3D sensor for augmented reality. Wwdc 2020 could be a good place to launch such a tablet, as it will be the preferred development platform for major ARKit updates, which will be part of the new iOS and iPadOS.

Over the past 8 years, Apple introduced the new iPhone during the fall event, which falls on the second week of September (usually on Tuesday or Wednesday). The most likely date for the presentation of the iPhone in 2020 is September 8 or 9.

Numerous rumors are currently circulating around the iPhone 2020, and some are controversial. It is expected that the top models of the iPhone 12 Pro and iPhone 12 Pro Max will have connections to 5G networks, upgraded ToF cameras with 3D sensors, OLED displays, while the less expensive model will have a regular LCD display, like the iPhone XR. New iPhones 2020 will also receive a new A14 processor, which should set new speed records in benchmarks like AnTuTu.

As for the price of the iPhone 12 lineup, then, according to analysts, it will remain at the same level.

Apple occasionally hosts an event in October. This event demonstrates all kinds of products that were not presented during the year. Typically, this is the new MacBook range for some years or the iPad “budget” segment. There was no October presentation in 2019; instead, Apple released products like the AirPods Pro and the 16-inch MacBook Pro without public presentations.

Enthusiasts also studied the code found in the internal assembly of iOS 13, which refers to the new Apple TV 11.1 model. Apple is supposed to be working on an updated Apple TV in 2020. The only thing known about the new device is that it can receive the A12 processor. The likely date of the show or release is October 2020.

It is likely that 2020 will be a record for the number of presentations and featured innovations in the history of Apple. But the most important thing is that the whole year will be filled with impressive emotions that the Cupertino company will present to its fans.