The Huawei P20 Lite is small, cute, and similar to the iPhone, but it only looks like from afar or in pictures on the Internet. In real life, there is very little in common between these smartphones, while the P20 Lite does not look cheap, it has a glass case and in our case an unusual blue color. The color, by the way, is really beautiful, it is bright, not vulgar, not flashy, the color shimmers and changes its hue slightly depending on the lighting. In addition to blue, there will be black on sale, but there is also pink, but in our market it, apparently, will not be sold, at least not now.

The layout of the elements on the case is quite standard: a dual camera and a fingerprint scanner on the back, a power button and a volume rocker on the right edge, a SIM card tray on the left, a speaker below, a Type-C connector, a 3.5 mm headphone jack. It’s funny that in the older versions of this smartphone, Huawei refused the connector, but here, please use it.

The size of the P20 Lite is close to ideal, the smartphone fits perfectly in the palm of the hand while the glass is not slippery and in general it is pleasant to hold in your hands. The thickness, weight of the material, everything is selected correctly and well balanced, but there is one thing but, the width of the lower frame is much larger than the side. This literally completely crosses out the meaning of the monobrow, that is, it was possible to make one large frame on top with all the sensors, and 3 very narrow frames on the bottom and sides, as in the iPhone 10.

Of course, Huawei had its own reasons to make such a wide lower frame in the more expensive P20 and P20 PRO, it has a fingerprint scanner and a touch button home, but in the Lite version for some reason it doesn’t, this is where the company logo flaunts. There are a couple of little things, like elements that are not symmetrically located on the lower edge and a very strange speaker grid, but these are really little things that you simply don’t pay attention to in real life.

What the Huawei P20 Lite is capable of

According to the filling, the smartphone is a strong middling, runs on the basis of an 8-core Kirin 659 processor and is equipped with 4GB of RAM. The interface is smart, it scrolls and starts everything smoothly and without slowdowns, that is, the system was optimized well. Almost all programs work fast. In games, too, everything is not bad, everything works without freezes, but the truth is only at the minimum graphics settings. Here, in fact, as in that proverb: “you go or checkers”? 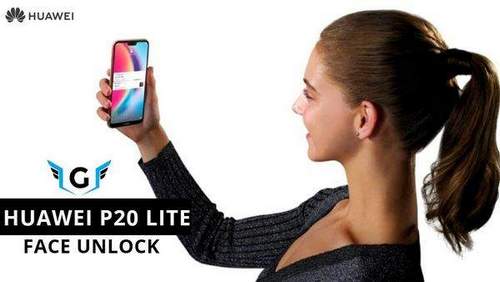 At medium settings it’s still playable, but not so smooth, of course, the P20 Lite is far from a gaming smartphone, but the performance is such that you can play normally and use any programs. And the system itself is not annoying by hanging, which is very important.

Read more:  Huawei P20 Pro Does Not Turn On

The Huawei P20 Lite uses a 5.8-inch IPS screen with Full HD resolution. The aspect ratio here is 19 by 9 because of monobrow, manufacturers increase the vertical area, leaving the working area in an approximate ratio of 2 to 1. This is generally true for all applications, in any program the top of the display is used only to show icons and notifications, and in work the application itself, this area is not involved.

The display is good, bright even black color is not bad here. Yes, it is not as lively and juicy as Amoled, but the picture is still good with maximum viewing angles and without inversion, in the display settings you can turn on the night mode, adjust the scaling, select the display resolution or turn on smart when the resolution goes down if the battery is low. Perhaps the screen lacks only brightness in the sun, otherwise it is very good.

There is only one speaker in this smartphone and it sounds good, albeit without any complaints. The sound is balanced in the middle and without distortion at the top. There are not so many high frequencies for the speakers in the smartphone, it’s even good, at maximum volume the sound is not distorted, and does not make you suffer.

The maximum volume is a little lacking, but otherwise the speaker of the smartphone is not bad. As for the sound from the headphones, there is also an emphasis on the middle, and the upper and lower frequencies are slightly trimmed, although the menu has the ability to adjust the sound for yourself with an equalizer, but in the automatic mode there are still not enough details, however, on the laurels of the Huawei music smartphone P20 does not seem to pretend.

How the camera works

But recently, much emphasis has been put on the Huawei camera and it seems the P20 PRO they really were able to do something special. But this is PRO, and in P20 Lite everything is a little easier. The camera shoots well during the day, the quality of images from the main 16 MP module in good lighting is remarkable for its remarkable color detail. But in the dark, miracles should not be expected.

You can take a good shot, especially in manual mode. But most shots in poor lighting will accompany the noise. Over-sharpening and blurring is normal for a smartphone of this level. And in its segment, the P20 Lite will be one of the leaders.

The camera is really good, there are a bunch of additional chips. The auxiliary 2MP sensor is needed here for organizing portrait mode, wide aperture mode for blurring the background, live photos and so on.

If the background blur mode works fine, then the portrait mode is a little strange here and is needed to decorate the face. By the way, the chip with blurring the background was one of the first to come up with Huawei. The camera also has manual settings and several ready-made presets for different shooting scenarios.

The is recorded Full HD, this is the maximum quality and 4K is not here, as it seems there is no stabilization. In motion, the picture turns out to be twitchy, the quality is mediocre, even not bad, but in low light, again, noise appears.

The front camera is also 16-megapixel, but the faster aperture is f 2.0 versus f 2.2 on the main module, the quality of the selfie is pretty good. The pictures are sharp. There is also a background blur mode, it again, pretty much cuts out everything that is behind a person, but at the same time, in good light, you can get a couple of interesting shots.

Perhaps the most controversial place of the Huawei P20 Lite is its EMUI shell. She really looks rather outdated or, let’s say, overly Asian. But as it turned out, this launcher has its fans. Fortunately, the possibilities of customization are on a level here, besides, adding the shape and style of icons of a different design to the drawbacks is stupid, because Android is good because you can change everything and do as you like. The question is a few minutes, while the smartphone is not overloaded with proprietary applications and other tinsel.

Huawei devices have always been not badly optimized in terms of autonomy, the P20 Lite is no exception. A 3000 mAh battery is enough for a full day. With a good load, the smartphone provides 4.5-5 hours of screen operation, this is not a champion figure, but very decent, and you rarely use an external battery.

The P20 Lite has support for fast charging, about 1.5 hours from 0 to 100%. There is a proprietary system of energy saving, including lowering the screen resolution for better autonomy and from the point of view of the battery, there really is a complete order.

Traditionally, Huawei has a very fast fingerprint scanner, there are no complaints about its work, but the face scanner also appeared in the P20 Lite. The technology uses a front camera for scanning and it works pretty well. The response speed of the scanner is not the most fantastic, but it is the level of the iPhone or Galaxy, the accuracy can sometimes fail, especially in the dark or in complex light. But, as a rule, the scanner still works and unlocks the smartphone and it is quite convenient.

The Huawei P20 Lite is a very nice smartphone that has both pros and cons. This is not the most original design, but at the same time the decoration materials, the way the smartphone is assembled and lies on the hand speaks in its favor. In this case, you just need to put up with the fact that many smartphones, including flagship ones this year, will be with such a bang.

Could I do without her, probably I give. It was possible to come up with something unique, most likely yes too. But the smartphone turned out really good, good autonomy, decent, for this class, a camera, a quick fingerprint scanner and even unlocking it in the face.

All this makes the P20 Lite a very interesting novelty for buyers. Its predecessor, the P10 Lite, has been and remains a very popular device, and apparently the Huawei P20 Lite is waiting for the same fate, yes, you may not like the monobrow and iPhone-style design, but here you definitely have to put up with it. In this segment, almost all smartphones will have similar features.

Home »Review» Smartphones »A detailed review of the Huawei P20 Lite. Pros and cons of the lightweight flagship