How To Connect A Smartphone To A Digital Set-Top Box

When the Smart TV set-top box is purchased, a little advanced electronics user has natural questions: how to connect the device to a TV and other peripheral devices, configure Internet access to fully use the functionality of a smart device. The article will discuss the differences and features, as well as all the main ways to connect and configure Smart set-top boxes to the TV.

Differences in the purpose of TV boxes

The functionality of these devices varies significantly. Receivers needed to ensure high-quality viewing of digital television on old analog TV receivers. Gaming consoles, As a rule, they give a small selection of games stitched into the device’s memory. A set-top box on Android or an alternative operating system allows you to expand the scope of the TV to the level of a computer screen.

Despite the target differences, the form factors of the above devices are similar, and the methods of physical connection to the TV receiver are common. Digital receivers are most often connected to TVs via scart connectors. This is the universal European standard for interconnecting consumer electronics devices. For example, to a Samsung TV, a satellite digital receiver is connected via a two-way cable of this universal standard.

Ways to connect an Android set-top box to a TV

The hardware equipment of many models of Android set-top boxes includes the following adapters, ports, and connectors for connecting external devices.

To a modern TV

Televisions of the last few years of production necessarily have an HDMI connector in their arsenal. To connect such a TV to a smart set-top box, it’s logical to use the appropriate cable, which some manufacturers, such as LG, for example, provide in the kit. Otherwise, you can do without an HDMI cable using alternative methods, but it is advisable to purchase this interface.

After connecting the set-top box to the TV via HDMI, you need in the receiver settings change signal source: Select an operating mode via the corresponding connection port. Further, all manipulations with the TV are performed from the remote control console.

To an old TV

If on the console there is AV output, and on the TV there are multi-colored connectors for an RCA cable, it is logical to make a connection using a cable, on one side of which there will be a 3.5 (AUX) plug, and on the other, RCA plugs (tulips). If both the set-top box and the TV have RCA connectors, then the connection is made through the cable of the RCA-RCA two-way cable.

Read more:  How to Install Viber Another Phone

It is problematic when the console does not have analog outputs. In this case, to connect the device to the old TV, a special HDMI-AV (RCA) adapter is suitable, which must be purchased separately.

After a physical connection, you need to in the TV settings change the signal source to AV. Further, all the manipulations to control the TV are performed from the remote control from the media set-top box.

In order to be able to watch Internet TV channels on your TV, you need to organize access to the Internet on the console. There may be several options.

Read more:  What Should I Do If I Can’T Hear The Other Person’S Phone?

You will need to configure the Internet access mode appropriate for the connection method. When wired connection via LAN port you need to select the type of Ethernet network (cable) in the setup menu of the console and activate it. 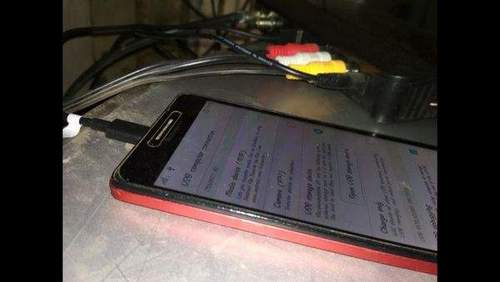 As a rule, all network parameters are set automatically, otherwise you can use manual settings (the order depends on the device model and is prescribed in the operating instructions).

At Wi-Fi connection you need to set the activation of the wireless type of Internet access. The device’s operating system will search for available points. In the proposed list, you need to select the name of your network for connection and enter the security code (password).

Connecting other devices to the set-top box

For media consoles, they produce various connected peripherals. Especially at the hearing is the specialized television and radio equipment of the German Telefunken brand.

Tele-consoles are compatible with a number of other devices: for example, you can connect a monitor, gamepad, mouse, keyboard, audio center to a media box. The most commonly used USB port or wireless connection is Wi-Fi or Bluetooth.

It makes no sense to connect a smartphone to the set-top box, because a mobile gadget can freely connect to a TV in several other ways.