How to Connect Xbox to TV 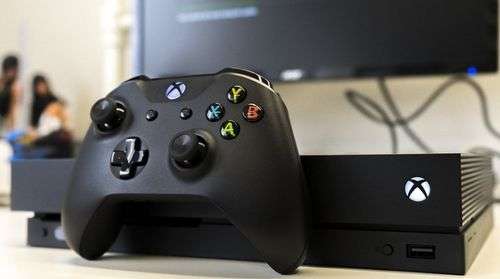 Many gamers are sure that there is nothing better than a stationary PC with a powerful filling. However, some fans of games that are complex in technical matters give preference to game consoles. There is nothing surprising. Today, new games are initially released for the Xbox, and after they are converted to work on a laptop and PC. However, it is impossible to feel the fullness of the game while sitting in a chair behind a small monitor. Xbox in this matter takes a leading position, as it connects to a widescreen TV. The main thing is to properly connect the console and configure.

Which TVs are suitable for synchronization?

As you know, all televisions on the back and side panels have several different ports, designed to connect various devices and peripherals. The Xbox console is unpretentious in this matter. This box is suitable for modern TVs from different manufacturers, namely: Sony, Panasonic, LG, Philips and Samsung. Particularly bright and saturated will be the picture on TVs with 4K technology.

In addition to the brands presented, there are a number of little-known companies that create TVs with various connectors suitable for connecting a set-top box. To list them all is very difficult, but if one is present in the house, it is enough to take the instruction manual and see which devices and how should be connected to the TV. To date, the Xbox 360 box is very popular.

The gameplay on the big TV screen, and not on the small monitor of a stationary PC, is much more interesting. There are several reasons for this: the maximum detail of the image and the absence of restrictions on the viewing angle of the picture. It is these qualities that made many gamers change their monitor to a widescreen TV screen.

Each Xbox game console comes with the console itself, joysticks, a connection cable, an instruction manual that spells out all the rules for using the device. It is there that the methods for connecting the set-top box to the TV are indicated and how to properly configure the system. The most common connection method is the HDMI wire. However, there are other options, for example, through a tulip or, as they are also called, bells. But this method is used in old TVs. By the way, it is preferable to purchase an Xbox 360 for obsolete TVs. This device is considered universal, but, unfortunately, it is almost impossible to get the perfect picture.

The game console is connected to the old TV in the same way as to the latest TVs. Tulips present at the ends of the cords are connected to the corresponding connectors. Each of them is painted in a specific color. The main thing is that after connecting, make the settings correctly. But today, the latest Xbox game console system is SCART. Only it is not suitable for all consoles, but only for the Xbox 360 and Xbox One. This connection system is an adapter that increases the functionality of the TV. With its help, you can synchronize the operation of the TV with a DVD-box, VCR and other devices.

Microsoft did not stop at creating a universal console. So, the Xbox One and X models were born. And in 2016, the company launched the Xbox One S game console. This model received a smaller size, which made it necessary to remove several connectors from the design. To date, 4 ways to connect the Xbox are widely known.

The easiest way to connect a game console that takes very little time is via an HDMI cable. The user does not have to show any special skills and knowledge.

In general, the process of connecting an HDMI cable can not be called complicated. Even a child can handle this work. As soon as the devices receive a signal from the mains, synchronization occurs between them. The signal should immediately appear on the console operation panel. If this does not happen, you will have to use the manual configuration method. Just press the Sourse button on the control panel to switch the source of the picture.

The only “but”, this method is only suitable for modern TV models. Conventional TVs do not have an HDMI connector. The effect of transferring pictures via an HDMI cable is unimaginable. The screen displays the juiciness of the palette, the frame rate and the soundtrack are significantly increased. But the most remarkable thing is that to obtain such an effect there is no need to carry out complex manual settings. The HDMI cable does everything on its own.

Read more:  How to Connect a Modem to Android

If the user wants to get a Full HD image on his screen, you should connect the Xbox using an HD-AV cable. This method cannot be called simple. There are certain subtleties to which you should pay attention. One of the main difficulties in connecting is finding the necessary connectors.

This method differs from the previous one by the ability to connect older TVs to the game console. But at the same time, the signal quality cannot be called bad. The richness of the screen palette is also added, the frame rate increases, and the sound becomes clearer. But gamers are chasing precisely these characteristics.

When the TV does not support other ways to connect the console, you will have to use the S-method, also called VHS. It is characteristic of both old TV receivers and new models having standard connectors for connecting additional devices. Of course, the quality will not be high, the maximum rate is 480p. But it’s quite outdated TVs with minimal specifications.

This interface is also one of the common ways to connect an Xbox. However, the disadvantage of this method is the need to purchase a separate wire. Although such a purchase can not afford at all. Well, if there is no corresponding connector on the TV, you will have to buy a special adapter. The connection process itself is quite simple, it takes a maximum of a minute.

Read more:  How to connect Apple TV to TV

So quickly and simply the image on the TV is converted to 1080p.

To avoid problems with connecting the game console, you should read the operating instructions. It is important to remember that before connecting the cords, disconnect both devices from the network. First of all, the wires are inserted into the sockets of the game console, then into the TV. And only after that it is allowed to start the equipment. The correct connection of the console is indicated by the appearance of a new tab in the TV menu. But not always the user manages to connect the game console. There are many reasons for this. Perhaps the plug in the sockets is loosely connected or the wire itself has an internal gap, or maybe one of the connectors is out of order.

Even after connecting, there is the possibility of minor problems, for example, “no signal” or the image has completely disappeared. In such situations, the correctness and tightness of the connection should be checked. If the plugs are connected correctly, but there is no signal, you will have to contact technical support. Trying to figure out the cause of the malfunction in this case will be wrong. According to service center employees, the most common problem is when the TV does not see the game console connected via an HDMI cable.

See how to connect your Xbox 360 to your TV in the next.