The iPhone SE, released in March 2016, was simplified in many ways, but the processor in the smartphone was used the most relevant. SE 2 will repeat its fate. Reputable analyst Ming Chi Kuo said that the smartphone will receive an Apple A13 Bionic chipset and 3 GB of RAM, configurations of 64, 128 and 256 GB will be available. A similar processor is installed in the iPhone 11 and 11 Pro, but older smartphones use 4 and 6 GB of RAM, respectively.

So you can count on flagship power in a smaller size and at a lower price point than the iPhone 11. 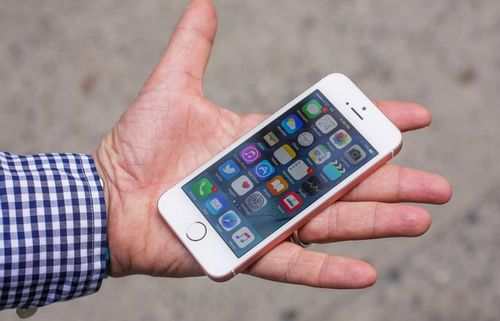 What about the cameras? The analyst attributes the SE2 to a 12MP single camera with f / 1.7 optics and a 7MP front camera (f / 2.2). In general, everything is the same that we have already seen in the iPhone 8. But the photos on the new product should come out no worse than on the iPhone XR, because the processing algorithms have since stepped forward.

There is no information on the battery at the moment, but following from many parallels with the iPhone 8, we can assume that the battery capacity of smartphones will be identical. 1821 mAh. The only questionable is the availability of wireless charging, perhaps this will be one of the functions on which Apple will try to save money.

Let’s consider, perhaps, the most plausible version. As much as we respect Steve Jobs and his opinion on the form factor of smartphones, the screen diagonal of 4 inches is too small by today’s standards even for the most elegant ladies’ pen. The dimensions of the iPhone SE 2 will grow. It is already known that it will be made in the case of the iPhone 8, which means that the new product will receive the same 4.7-inch IPS screen and a glass case measuring 138.4 × 67.3 × 7.3 mm.

From the older version, the iPhone SE 2 should inherit the moisture protection and stereo speakers that are missing in the first generation, as well as the classic Touch ID, which the current “frameless” iPhones lack.

You can not count on the bezel-less iPhone SE 2. Firstly, the implementation of such a screen is too expensive, and Apple knows how to count money. Secondly, it makes no sense for Cupertinos to create a competitor to the iPhone 11, as well as to release a conditional iPhone 9 as an evolution of a line of devices in a classic design. Therefore, the release of the iPhone SE 2, which will replace the eight and will further develop apart from the main iPhones, looks like the most justified decision. This design is confirmed by all reputable insiders, so there should be no speculation about the appearance of the SE 2.

Iphone SE 2. What to expect from the cheapest Apple smartphone?

The concept of a “budget” iPhone has long stuck in the minds of Apple fans and everyone who is in one way or another not indifferent to the company from Cupertino. Now Apple is positioning the iPhone XR as such a device, but let’s be honest, the 749 is not budgetary even at a stretch.

The only truly affordable smartphone in the entire history of the company was the iPhone SE, which at the start of sales cost 399. Initially, it did not gain much popularity, but after a while it became a real hit. Today, when SE has long been out of production, and the brand’s flagship smartphones have risen significantly in price, the release of the second generation of inexpensive iPhone is more relevant than ever, and Apple understands this. All insiders unanimously say that the release of the expected new product will take place very soon.

In this article, we have collected all the latest news and leaks that reveal the release date of the iPhone SE 2 and the world, its design, specifications and, of course, the price.

And Apple will have to save, as the company plans to make the SE2 the cheapest device among the current models of the brand. The most optimistic experts claim that it will cost as the first generation, that is, 399. However, it is more likely that the price of the iPhone SE 2 will be 449 for a configuration with 64 GB of memory. This is the current cost of the iPhone 8, which will be removed from the market with the release of the novelty, and SE 2 will take its place.

Iphone SE 2 will cost more, focus on the price tag 39,990 rubles for the version with the base memory.

When is the iPhone SE 2 coming out? Most of the insiders unanimously say that the expected new product will debut in the spring of 2020. Probably, the presentation will be timed to coincide with the four-year anniversary of the release of the original iPhone SE, which took place on March 21, 2016.

The information in the article is updated as the latest news appears.

Iphone SE: Detailed Specs and Everything You Need to Know

Finally, we were shown the long-awaited iPhone SE. And even though its price turned out to be higher than we would like, many are still probably already planning to buy this device in the usual, beloved by many, case with new powerful hardware. It will not be possible to get to know the smartphone closer yet, but this will not prevent us from learning everything about the device. Want to know everything? Check out the most detailed iPhone SE specs.

The iPhone SE will be sold in an aluminum casing made from the same material used in all of Apple’s current products. The smartphone will be available in four colors, just like the iPhone 6s: Silver, Space Gray, Gold and Rose Gold. The same parameters are hidden in the cases of different colors. Here they are:

Read more:  How To Make A Playlist On An Iphone

To sync with iTunes on Mac or PC you need:

The fact that sales of the iPhone 12 this year will begin in October, or even later, those who have access to information about the state of affairs with the production of components for the new iPhone, reported back in May. Apple allegedly denied this. Although even the designation “iPhone 12” is still not mentioned by company officials [.]

As far back as I can remember, Apple fans have always dreamed of a truly inexpensive iPhone. Consumers wanted their favorite company to finally hear their requests and provide something as accessible as possible. The first sign that showed that Apple hears its audience and even at the very least reacts to its requests was the iPhone 5c. However, he turned out to be frankly unsuccessful and found his niche in Cupertino [.]

The next stage in the development of the iPhone, which seems logical and logical to almost everyone, should be the development of a folding form factor. Thus, Apple, firstly, will be able to further increase the usable display area, while maintaining the compact dimensions of the device, and, secondly, it will respond to competitors who are no longer just stepping on its heels, but are releasing their folding devices here and now. Therefore, multiple patents, in [.]

Iphone SE2 (iPhone CE2). In 2020 Apple will release the successor to the iPhone SE in the case of iPhone 8. Iphone CE 2. Review

It seems that there has been so much talk about the release of the iPhone SE 2 that it is hard to believe in another news about the release of this gadget in the spring of 2020. However, this time, the information about the successor to the 1st generation iPhone SE is more similar to the truth and there are a number of reasons for that. For three years, Apple ignored society’s requests to reissue the iPhone SE for one simple reason. It is not profitable. No matter how much the lovers of American apples would be crucified in the comments under any news with the iPhone SE 2, in fact, Apple sold the 1st generation iPhone SE not so much. Because of this, the company saw no reason to re-release the failed gadget and concentrated on the main line of devices, complementing it with the iPhone XR. It seemed that the iPhone XR is the very veiled iPhone SE 2, but this turned out to be not entirely true. In the end, the iPhone XR failed even more, and Apple decided. It’s better to roll out the iPhone SE 2, although no one has renounced the iPhone XR 2, just on September 10 it will appear before us under the name iPhone 11. So, what will the 2020 iPhone SE2 be like? Let’s figure it out.

I remember that the iPhone SE was a copy of the iPhone 5c with updated hardware. Exactly the same situation will be with the iPhone CE 2b, although this time the iPhone 8 will act as a template. Still, the classic iPhone 8 showed good sales figures at one time, so why not revive the classic old man, especially since the pieces of iron in the warehouse were lying around, and throw them away.

The leak from the Nikkei portal says that the iPhone SE2 will receive hardware comparable to the iPhone 11, that is, the new product of 2020 will be equipped with an Apple A13 processor, but the cheaper price tag will be due to the presence of an IPS display instead of OLED. Alas, this will not happen, or rather the iPhone SE2 is indeed equipped with an IPS screen, but last year’s top will act as a processor. Apple A12. Yes, it simply cannot allow Apple to produce gadgets that are more or less similar in characteristics, the difference in cost of which will be about 100%. Then the future owners of the iPhone 11 will instantly have questions about how this cupertin team had them perfectly.

But IPS, Apple A12, a classic design with frames and a Home button instead of Face ID fit perfectly into the realities of the affordable iPhone CE 2, the cost of which presumably will not exceed 400. It is such a device that can not only improve Apple’s financial affairs, but also compete with gadgets from Samsung, Huawei, Xiaomi (about the latter, controversial), etc. This is because many more people are not used to frameless shovels and dream of compact devices, which the iPhone CE 2 will perform. Still, a 4.7-inch screen in modern realities. It’s really very compact, and it’s convenient, no matter who says what.