How to choose accessories for your computer yourself

Even a child can handle computer assembly. Do not believe? In the article, we describe the basic principles of home assembly. We also share information that will help avoid problems with component compatibility. 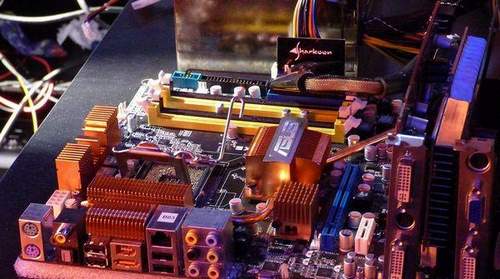 What do you need to build a computer yourself?

Each system unit may have a different number of components. But, anyway, there are the main components that are present in each assembly. This is a motherboard, a power supply, a processor with a cooler, a card, RAM, a case and a drive. In some cases, you can remove from this list, perhaps, a card that can be built into the processor. Such a solution is quite logical for an office computer, but for a gaming computer, the presence of a graphic accelerator is required.

In order for all the iron to work, it is necessary to select it in such a way that it is completely compatible with each other. Subject to this rule, your PC is guaranteed to start after assembly, because many parameters of computer hardware are strictly regulated. Therefore, you will not succeed, for example, in plugging a DDR4 type RAM into the DDR3 type connectors on the motherboard. Below we will tell you more about each component, but for now, let’s figure out the order of selection of components.

In general, assembly from scratch implies the following order of component selection.

Read more:  How to Connect Playstation 4 to a TV

This is not to say that this is the only true plan to adhere to. In most cases, some components are transferred from the old assembly to the new one, so the procedure may vary from case to case.

After you have selected all the components, you can proceed, in fact, to the assembly.

Although the power supply in most cases is chosen last (because you need to know how much all components will consume in total, and from this start), we recommend that you start assembling the computer precisely from its installation inside the case. Why should the PSU be placed first? Because of all the components, it is the largest in size. If you install it at the final stage, you can accidentally damage the remaining components. over, the power supply is quite heavy and it is easy to drop it from your hands.

The second reason is cable management. If you do not want your wires to stick out in all directions, you need to carefully stretch them under the back cover of the case. This will not only protect the rest of the iron from unwanted contact with the cables, but also give your computer a more well-groomed appearance, albeit from the inside.

In order to install the PSU inside the case, you need 4 screws, which are always included. They need to be screwed into the corresponding holes on the back of the component, where the connector for the cable that feeds the unit from the network is located. Depending on your case, the PSU can be installed both from above and from below.

Read more:  How to Lock Your Phone When Lost

When choosing a power supply, you should focus on several basic (if we are only talking about component compatibility) parameters. The first is the form factor. It must correspond to the form factor of your case, otherwise the block simply will not fit into the case. Secondly, it is rated power. It should exceed the peak intake of all your iron by 20-30%. Thirdly, the number and type of connectors. The power supply supplies almost all components: processor, motherboard, card, drives. All cables must be of the appropriate type. If the card needs a 6-pin connector, then this should also be on the block. And so with the rest of the iron.

Here, for example, is one of the most popular models on the market that fits almost any assembly:

After installing the power supply, it is desirable to equip the motherboard as much as possible and install it inside the case. By maximum equipment we mean: installing the processor in the socket, installing the cooler on the processor, installing all the RAM slots. And only the card should be put aside at the end of the list. Why so? Now we explain specifically for those who for the first time solves the problem of building a PC from scratch :.

It is much easier to install all the hardware on the motherboard outside the case when your hands are not constrained by space. And it’s very difficult to do all this inside the case when space is limited. And we do not recommend installing a card immediately with all the other components, because modern GPUs are very bulky and able to close several slots at once. This raises the problem of connecting the case wires, which are responsible for USB-connectors, audio, rebooting and turning on the computer. And they are always, like a card, located at the bottom of the motherboard.

Read more:  How To Run An Android Application On A Computer Using Google Chrome

Installing the motherboard itself is very simple. Simply screw the screws into the appropriate connectors. It’s much harder to choose a motherboard. First, it must have a socket that supports the processor. Also, slots for RAM should be of the same type as the RAM itself. Be sure to check the number of slots and the maximum supported memory size. In addition, the form factor of the motherboard, as in the case with the power supply must be compatible with the case.

An example of a motherboard that has established itself in the market for AMD processors on the B450 socket:

Install the CPU and cooling system

One of the easiest steps in the entire assembly. Each processor in the lower left corner has a triangle marking. The same icon is on the socket on the motherboard. They should coincide so that both are in the same corner. Before installation, be sure to bend the corresponding latch at the installation site of the CPU. After the stone is installed in the socket, the latch must be returned to its original position. Thus, you will fix the component. Be extremely careful not to bend the processor legs.