In 2018, Apple seriously updated the iPad Pro. This was facilitated by the highest performance achieved through the Apple A12X processor, and a long battery life, and a new form factor. But is he so good as to refuse to buy the “firmware” of the previous generation? How much does it bypass the speed of its predecessor? Let’s find out. 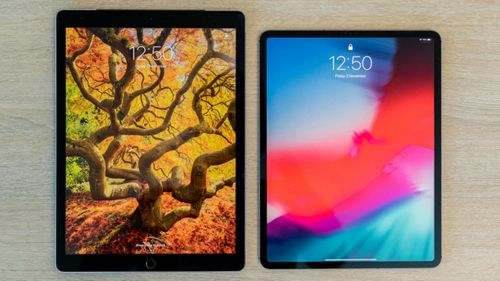 The main advantage of the 2018 iPad Pro compared to the previous generation is, of course, its display. The stunning IPS-panel with a diagonal of 11 and 12.9 inches and nullifying frames is a true admiration for the abilities of Apple engineers. Yes, this tablet offers a new display size (a modification from 12.9 inches was also available for the 2017 model). In the new model, Apple was able to make the display absolutely symmetrical, despite the TrueDepth system, which is responsible for face recognition.

The heart of the tablet is the eight-core A12X Bionic processor. It is 90% faster than the previous generation, which allows it to be considered one of the most productive “stones” for personal computers. If you test the models of 2017 and 2018, iPad Pro (2018) will give 5028 points in a single-core test and 18181 in a multi-core, and the previous model. 3976 points in a single-core test, 9555 in a multi-core. It can be seen that Apple representatives did not lie to us, speaking of a double performance increase.

Another plus of the new iPad is the ability to select modifications with different memory sizes. Even for the iPad Pro with an 11-inch display, you can choose the option with 1 TB of internal memory, but the usual version with 64 GB (including with a cellular module) has not gone anywhere. If you need a model with a large screen (12.9 inches), here the golden middle will be the iPad Pro 512 GB (or 256 GB, but with support for SIM-cards).

However, such a large gap is observed exclusively in synthetic tests. In real use, there is almost no difference, and both generations of the tablet show themselves equally well. For the iPad Pro 2017, a screen size of 12.9 inches is also available, as well as various modifications. From 256 GB to 512 GB (with Wi-Fi and SIM card). But he also has an advantage. Price. for the iPad Pro 2017 (12.9 inches) start at 63,499 rubles. If you look at the same new iPad, it already costs almost 92,000 rubles. Agree, it’s hard not to notice the difference, and your wallet has the same opinion.

Read more:  How To Remove iPad Activation From Icloud

Yes, this is the most inexpensive representative of the iPad Pro line. By and large, this is still the same iPad Air (but in a different design), but it has become much more powerful and has acquired Apple Pencil pencil support. For the work of the pencil, the same components are responsible as in the older iPad Pro. Therefore, the work should be smooth, soft and realistic.

This tablet is suitable for those who are not too keen on power and screen size. However, 10.5 inches is the size of the iPad screen that will suit most users. You can buy an iPad Pro with 10.5 and 12.9 inch screens, but bigger doesn’t always mean better. Many are accustomed to the 9.7-inch iPad screen, but here the screen is a little bigger, so you won’t have to adapt for a long time. And which! No chasing 13 inches, it’s big enough.

As for the Smart Keyboard, this is an accessory available to owners of the iPad Pro and not available to the owner of a regular iPad. This accessory is expensive, and it connects through a special Smart Connector, which is not in a regular iPad. However, you can purchase any other wireless keyboard for the iPad and connect it via Bluetooth.

One thing for everyone

Ios is an operating system that runs both iPad Pro 2017 and iPad Pro 2018. In other words, you pay less or more, you get iOS with the same features and the same set of available applications.