Therefore, this phone. I would not recommend for purchase.

For a long time I chose the phone among huawei, xiaomi RN7 and samsung A50. I took this one only because of the dimensions because I prefer more compact phones. The main disappointment in the phone was the main camera she shoots. at the level of my previous phone, redmi 3, bought 3 years ago, which cost around 10000r and had a 13mp module. Normal photos are obtained only in good light. With a lack of lighting, the camera is very blurry.
The second disappointment. This is a shell, but this mainly applies to all devices of this manufacturer. There is not even a conversation recording in the phone out of the box, there is no normal cloning of applications and many little things, and convenience, as you know, is made up of little things. In this case, there is augmented reality, a mirror application. all this pampering and does not carry any functionality. But if you are an undemanding user, you will have enough system capabilities.
This phone is more suitable for a girl or child, or if you do not need a lot of functionality from the phone. The declared functions work as they should, but I do not attribute this to pluses as competitors are no worse for a lower price

I also found one unpleasant moment. Google reminders do not work. that I just didn’t try. do not work, and as it turned out, this is a chip of the latest Huawei models. In general, for this and other reasons, the shell is incomplete.

The device leaves a rather controversial impression after a month of use.

I will compare, including with my previous phone Honor 8 Lite.

Exterior flaws:
The LED indication of received messages and the state of charge is located under the speaker grid at the top of the phone. Details below.
The speaker is now located at the very top due to the screen, which is almost close to the top edge. After previous smartphones, it wasn’t familiar, but it got used to it over time. Not critical.

Software shortcomings:
Due to the cutout on the screen under the camera, some of the icons that were on the right migrated to the left side. Not familiar, but there was free space in the corners and you could fill it with icons for a more efficient location. Not critical.
Slowing down in some windows of the interface. Details below.
There is no way to turn off accelerated charging. Details below.
Dispatcher notifications about traffic during a locked screen constantly appear despite the fact that I turned off all dispatcher notifications. Just infuriates.
During a conversation, the notification curtain can slide down and open to the very bottom, and when you mechanically poke at the place where the conversation end button is located, you get to the basket and all notifications are erased and only after that you need to press the red handset to end the conversation. Updates do not help. Incredibly enraging.
Not all installed applications are displayed in the general list of programs. Details below.

Read more:  How To Remove Buttons On A Huawei P20 Lite

Exterior flaws:
The LED indication of received messages and the state of charge is located under the speaker grid at the top of the phone. Thus, it is not visible from all positions and you have to specifically pull your head to find out if the message has arrived or the smartphone is charging or not. Well, or take a smartphone in your hands to deploy the device. For me, it’s not critical, but in my opinion it could be taken into account when developing.

Software shortcomings:
Slowing down in some windows of the interface. I haven’t specifically calculated in which cases (I haven’t played the games yet, although I’ve been using it for more than a month), but the slowdowns are clearly visible. I did not believe the comments here about this problem until I myself ran into it. And this despite the fact that the hardware is more powerful here than on the Honor 8 Lite (and in both cases I set the resolution to HD so that the battery runs out less). I think this is due to the performance of Android 9 (on Honor 8 Lite there was Android 8 after the update) or it slows down the EMUI shell. But for me it’s not critical.
There is no way to turn off accelerated charging. I know that frequent recharging causes the most wear and tear on the battery, but accelerated charging is also undesirable for the battery, and besides, I usually charge at night. I have to stick into the computer, and he is far from the bed. I’m thinking about buying a charger with a current of 1 amp.
Not all installed applications are displayed in the general list of programs, despite the fact that they are in the section installed in the Play Store and in the settings in various sections. And there is no way to pull their shortcuts to the desktop. Waiting for updates.

I hope that the system performance, some glitches and functions will be fixed in the update.
It infuriates that all the protective glasses for this smartphone have a black border along the contour, which first complicates the installation of glass, since it is necessary to perfectly adhere perfectly, and secondly, it restricts the view a little despite the fact that the frame is the size of the screen.
The rest of the smartphone is good. in its price range of course. 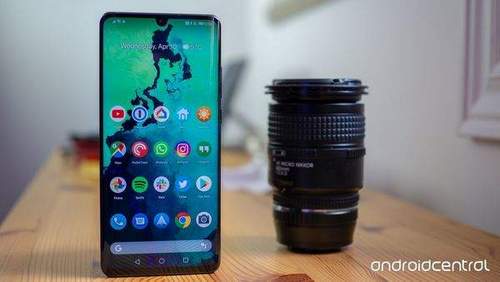