How to Flash Android Via Computer 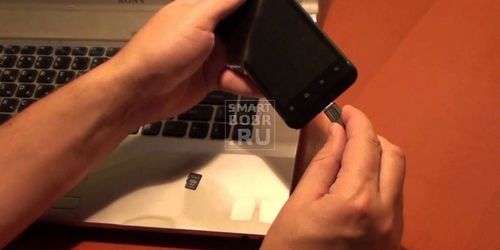 Read in this article how to flash Android through a computer. How to flash a smartphone, what is Android phone firmware, why is it needed. Common questions of novice users who first encountered problems on a device controlled by a “green man”.

As a rule, flashing comes to the aid of users whose gadgets refuse to work or are unstable. With the widespread distribution of Android devices from China, which cannot boast of long-term manufacturer support, third-party firmware has become popular, allowing you to upgrade to the latest version of the OS. So that you do not get confused, let’s take it in order.

What is Android flashing, why is it needed

The term “flashing” itself began to be widely used with the filling of the market with smartphones running Android OS. The new system opened up a bunch of possibilities for the user, including openness, which allowed everyone to change Android as they wish.

You can reflash not only a smartphone, but also a regular mobile phone. They also work on the OS, albeit more simple.

What does the term “flash Android” hide behind itself? Any modern smartphone, as we have already indicated, works on the operating system (a set of software tools that ensure the correct operation of the hardware), which is characterized by errors, glitches and other problems. The OS, the phone can also “fly off”, like Windows on your computer. And in this case, the output is to reinstall the system or flashing it.

However, flashing can not only fix errors. Installing a new firmware brings updates that ensure the stable operation of the smartphone, and often make the process of human-device interaction more understandable and enjoyable.

Firmware can be divided into two classes:

Unofficial firmware, as a rule, is developed for Chinese smartphones that have not acquired localization of the system in other languages ​​or do not receive updates. Developers are particularly interested in low-cost devices with good hardware, which are popular among users.

How to reflash a smartphone on Android?

There are some pretty simple ways.

Let’s not rush. To begin with, you should be warned against possible undesirable consequences and some nuances that may arise when flashing Android through a computer.

The very first thing you should do is back up your important data. Sure! During the flashing process, absolutely all files from the device’s memory will be deleted. Therefore, save the necessary information in advance on a personal computer or in the cloud storage, so that you can quickly recover everything.

It will not be superfluous to make a backup of the system itself, so that in case of problems during the flashing, there is something to recover from. To create a backup copy of the OS, the easiest way is custom Recovery, which we already wrote about.

Be sure to charge up to 100% of the battery of your smartphone. The firmware can last a long time, and the power from the USB port is not constant.

Remember! You do the flashing at your own risk. This process, although not so complicated, is often accompanied by errors that can lead to the inoperability of certain functions of the smartphone or scorching (complete failure). Although most of the problems that can be fixed can be corrected, some cannot be treated even at service centers.

Be careful when flashing. It will be very useful to familiarize yourself with the forums in which users share what can specifically destroy your device. Feel free to clarify the nuances that you do not understand.

The market is simply filled with a wide variety of Android devices, so it’s hard to predict what kind of errors might occur in your case. The reasons may be incorrect user actions, “clumsy” third-party firmware, problems with the cable, drivers, and more.

By reflashing your device, you lose the manufacturer’s warranty.

If you are not confident in your abilities, then it is better to contact a service center. Specialists with a guarantee will reflash your device, and you do not have to read the article further.

How to flash an Android device through a computer

So, readers who were frightened of possible problems were eliminated, and we are moving from theory to practice.

First, pick up a smartphone or other Android device to activate the “USB Debugging” mode. This is done so that the computer was able to make changes for the device connected via USB. So, the instruction:

To gain access to the developer’s menu, you need to make multiple clicks on the item “OS Version”. It is located in the section “About the phone” (the last item in the device settings).

The smartphone can be put aside. We turn to the drivers, which are useful for flashing Android through a computer.

The drivers for each device are different. You can download them on the official website of the manufacturer or on one of the forums.

Read more:  How to Find Battery Status on Android

To install the drivers:

Often, just a smartphone driver is not enough. For a number of devices, you have to install additional USB port drivers so that the PC can detect them. In addition, numerous devices require the installation of an ADB tool.

Android Debug Bridge (Android Debugging Bridge) is a console application that is used to control Android devices through a personal computer.

Returning to the fact that there are countless devices on Android, for individual devices you have to download a whole bunch of special software. The list of software can be found on the official websites of manufacturers or on thematic forums dedicated to flashing your gadget specifically.

Programs for flashing Android through a computer

We approach the choice of software that we will use directly to install the firmware on a smartphone or tablet. For these purposes, a whole bunch of programs are presented, but all of them can be divided into two broad groups:

A lot of smartphones, so that the user could not freely make changes to the system, are presented with a locked Bootloader (bootloader). Bootloader is a special program that is responsible for accessing the kernel. From which we conclude that while it is locked, we won’t be able to flash anything.

Unlocking Bootloader is done using special software provided by the manufacturer with the necessary instructions. As a rule, it all comes down to installing a special program (for example, HTC has Bootloader Unlock), activating the USB debugging mode on the smartphone (a little higher is described how to do this) and pressing just one button. “Unlock” (Unlock).

When all the drivers are installed, the bootloader is unlocked and the program for flashing Android through the computer is downloaded, you can proceed to the choice of firmware. Here it all depends on your device: firmware may be dark or not at all. There are several types of firmware:

Read more:  Computer is not visible in the local network

You can download firmware on official sites, forums and other resources. We already wrote about versions of Android and where to download the firmware.

As we have already noted, the principle of operation of all programs for flashing is approximately similar. We will talk more about firmware through the SP Flash Tool.

We remind you once again that the SP Flash Tool is a tool for flashing only devices with processors from Mediatek. You can find out which chip your smartphone has on the official website of the manufacturer or using special applications (AIDA64 and similar).

So, smartphone is not connected yet, We work only with the program on the PC:

The device must be turned off.

Do not disconnect the device from the computer!

The first launch process can take quite a while (about 10 minutes), just wait.

Approximately in the same way there is a firmware of devices by other programs. However, do not neglect the instructions for use. Examine them thoroughly, only then proceed to the firmware.

Flashing the Android device through a personal computer is a rather complicated task, with a lot of nuances, but doable even by beginners. The main thing in this matter is not to lose sight of every moment, so that afterwards you do not look on the Web how to reanimate a brick. Do not rush, carefully study the instructions specifically for your smartphone, since they are full on the Internet, and understand the sequence of actions. Well, we can only wish you good luck with a flashing!