Xiaomi wireless headphones do not sync with each other

How to reset wireless TWS earbuds?

This solution is suitable for most of these headphones. I show with the example of Xiaomi Redmi AirDots and Earbuds Basic.

Open the Bluetooth settings on your phone, tablet, laptop or other device and remove the headphones from the list of paired devices (forget this device). I show it using the iPhone as an example. It looks about the same on Android devices.

On computers, you can remove the headphones in the Bluetooth settings.

Remove headphones from all devices that are nearby and to which they have been connected. If both headphones are displayed in the list (for example, with “_L” or “_R” in the name). then remove both.

Why headphones are out of sync and why reset?

If you do not need this information, you can go directly to the solutions (below in this article). 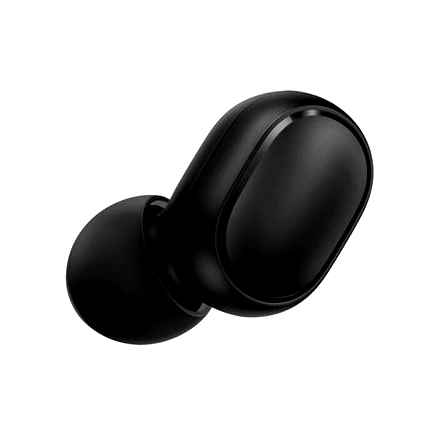 Dissynchronization very often occurs when headphones are incorrectly connected. When we connect to the phone or other device, not the main headphone, but the slave one. For example, when we want to use only one earphone. After that, the headphones cannot connect with each other and only one works. And on the device, two headphones can be displayed in the list of Bluetooth devices. Sometimes the name may contain a letter that indicates the right and left earpieces (for example, “name_R”, “name_L”). Screenshot for example (you may have a different situation):

It happens that TWS headphones are out of sync due to some kind of malfunction, when we do not put the headphones in the charging box after use, use one earbud, or after a complete discharge. The desync issue is usually not device related. Whether it’s a Windows computer, an Android phone, or an iPhone.

Resetting TWS earbuds allows you to re-sync. We delete them on the devices to which we connected, do a factory reset, turn them on, and the headphones are synchronized with each other and start working in pairs. This usually solves all sync and connectivity issues. Also, this method can be used when the earphone just fell off, the indicator does not light up and does not respond to pressing the button.

if the buttons are touch-sensitive

If you have touch buttons on your headphones, then the reset is done in about the same way as in the case of regular buttons. Take Xiaomi QCY T3, Xiaomi Haylou GT1 as an example. The instruction is suitable for different headphones with touch buttons.

Sometimes on headphones with touch buttons to reset the parameters, you need to press the sensor several times. For example, make 4 taps on the touchpad. On Motorola Vervebuds 100, for example, you need to touch the touch panel once, then hold it down and do not release it for 5 seconds.

How to reset and sync wireless headphones with each other?

This article is a detailed instruction in which I will show you how to reset your wireless headphones to factory settings and sync the headphones with each other. We are talking about wireless Bluetooth headphones TWS format (completely wireless headphones when the right and left earbuds are connected via Bluetooth). In addition to the advantages that TWS headphones have (usability, compactness). they have one problem. headphone out of sync. Since the right and left earbuds are connected to each other via Bluetooth, this connection is often lost for some reason and only one earphone plays. For example, only the right one can play, and the left one stops working. Or vice versa, the right earbud does not work or connect, but the left one works.

This issue affects almost all wireless TWS earbuds. It’s just that on some models it manifests itself more often, but on some less often. This usually depends on the manufacturer, quality, price and usage of the headphones. On the same Airpods, there is practically no such problem. And some cheap Chinese headphones have to be reset to factory settings and synchronized almost every day, since desynchronization occurs very often.

There are a lot of wireless TWS headphones on the market. Both popular models from trusted manufacturers and Chinese headphones of dubious quality costing a few dollars. But the problem with desync (when one earbud stops playing) happens in both cases. I faced this problem on different models. This instruction will work for all TWS headphones. Including for Xiaomi Redmi AirDots, Xiaomi Earbuds Basic, i30, i12, i11, i10, i9s, i7s, Motorola Verve Buds, Samsung Galaxy Buds, Huawei Freebuds, Defunc True Go, Nokia Power Earbuds, Pixus Drum, OPPO, Realme, Xiaomi QCY, Xiaomi Haylou, JBL and others.

How to fix the out of sync problem?

In addition to the method described above, there are several other operations that will help you sync your headphones:

How to sync wireless headphones?

Wireless headphones are one of the most convenient inventions of mankind. No need to worry about unraveling the wire, which forms perfect knots in your A broken or torn wire can cause you to throw out the device or learn soldering skills. However, wireless gadgets have their own nuances. For example, for normal operation, the headphones need to be synchronized and paired.

How to sync Xiaomi AirDots headphones with each other

Step-by-step instructions will allow you to easily sync your AirDots headphones with each other:

After the performed manipulations, the white indicator on the leading ear will light up and blink. Xiaomi headphones are paired with each other.

How to sync headphones with each other?

Pairing wireless headphones with each other is done via Bluetooth. In this case, the left and right ears, when first connected, send signals to each other. This helps them determine the time it takes to exchange data. Analysis can be difficult if interfering signals or noise interferes with the pairing. When the gadget makes the necessary calculations, it will divide the incoming signal between the left and right channels in half.

Any pair of wireless devices has a master. Usually the right earpiece plays the role of receiving the signal. Because of this, the master ear discharges a little faster, since in addition to the main function, it instantly transmits information to the slave, most often the left, earpiece. To make music or other sounds sound in sync, the main device plays a signal with a slight delay.

How to sync headphones from different brands?

The principle of operation of bluetooth devices does not differ depending on the brand. Differences can only have indication signals and ways of synchronizing gadgets. Let’s look at the difference using the example of the two most popular models: Xiaomi AirDots and Apple Airpods.

How to pair headphones with each other

There is a standard instruction on how to make two ears “make friends” with each other. Headphones are paired as follows:

How to sync Xiaomi AirDots headphones

It does not hurt here to share step-by-step instructions for syncing headphones:

Insert AirDrops into the charging case, each earphone into its own socket. Make sure the case (aka charger) is charged.

Delete the headphone connection information from the “Bluetooth” menu of your smartphone.

Take two headphones out of the case, turn them off. To do this, hold down the control button on each of the “earbuds” for 5 seconds.

Now you need to perform another “Reset” (The first was to remove the device from the list of Bluetooth devices connected to the phone). At this stage, you need to reset the connection between the two Air Dots headphones. To do this, press and hold the control buttons on each of the dots for 20 seconds. The status indicator should flash twice: first after 10 seconds and then after 20 seconds. Do not release the buttons until you see the LED blink a second time.

Turn on your headphones. To do this, hold down both control buttons for about 5 seconds. You can turn on in another way: just place the “ears” in the case, and then remove them from there. When you take Xiaomi AirDots out of the case, they turn on automatically.

The last step is to pair the presenter (right) AirDots with your mobile device, after which you can enjoy music, audiobooks or podcasts, and receive incoming calls through the headset.

How to sync Xiaomi AirDots headphones with each other

There is a real boom in wireless Bluetooth headphones these days. There are many models of various brands on the market. The characteristics and for them, of course, are different. It’s safe to say that Xiaomi AirDots are one of the most popular models today due to features, sound quality and more than affordable price tag.

However, the most common problem faced by Air Dots owners is headphone out-of-sync. In other words, there are situations when Redmi AirDots (or any other similar Xiaomi model) do not connect with each other, and only one of the “plugs” remains working. Of course, in this regard, users are interested in how to solve the problem. There is a solution. The user will need to re-pair between the right and left earbuds.

Why when connected to a phone, the headphones do not pair with each other

Sometimes AirDots sync individually, that is, they don’t join one another, but work with a smartphone. The reason is that the left earbud “loses” the right one, so the pair stops working together. What to do?

Another reason for “desynchronization” is the wrong procedure for connecting the headphones to the smartphone. In this case, instead of the right “ear”, the left one is connected first to the device, and starts working in mono mode. The right one cannot be connected. To connect both AirDots, you will have to do a factory reset and a new connection, as described in the step-by-step instructions above (see “How to sync Xiaomi AirDots headphones”).