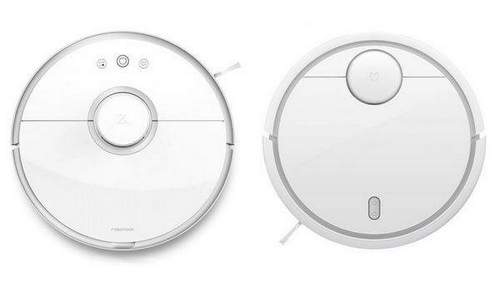 That’s all, actually. And now a little more about each innovation.

The room map is built according to two systems: lidar camera

This is a major improvement. Xiaomi Mi Robot Vacuum Cleaner 1S is the first robot vacuum cleaner (at least I haven’t seen anyone else before) with a navigation system that uses data from both the laser rangefinder and the camera located on the top panel. The camera peephole perched beside the rocker button and covered with tempered Gorilla Glass.

Read more:  How to change the language in a Xiaomi router

What is reliably known, the camera made it possible to implement a new feature in the plug-in for the Mi Home application. to separate cleaning not only by zones drawn by squares, but also by rooms. That is, Xiaomi Mi Robot 1S builds not just a map of rooms, but also divides the space into specific rooms. After that, in the application, you can not only differentiate cleaning by rooms, but also break down the weekly schedule by them.

The breakdown of the rooms was realized due to the fact that the camera recognizes doorways. It is stated that no images are saved in the robot’s memory and are not transmitted to the Xiaomi server. The type that the camera shoots is used only in the moment to adjust the room map.

In the Xiaomi Mijia Sweeping Robot 1S robot, they implemented the same improvement that was applied in the second Roborock Sweep One S50 vacuum cleaner (here is its review). Either they slightly increased the power of the motor, or they increased the speed of the impeller (because the diameter of the fan is the same there), but the vacuum can supposedly reach 2000 Pa. In principle, a 10% difference is not critical in any case. And the first Mi Robot sucked at the level of the best models on the market, and we did not notice a special improvement in cleaning in the second Xiaomi during field tests. It is rather marketing.

Read more:  Xiaomi Vacuum Cleaner How To Find The Token

Most likely, the processor in Xiaomi Mijia 1S had to be replaced in order to preserve the old indicators of the environment calculation speed due to the increased load from the new data stream from the camera. I repeat, from the point of view of the consumer, this is completely irrelevant. But the fact that they again did not realize work in Wi-Fi networks of 5 GHz (only the 2.4 GHz band is supported) is really a pity.

So, the Xiaomi Mi Robot 1S robot vacuum cleaner is a logical and consistent improvement of the first model of the company, since 4 years have passed since its release (the first Mi Robot was released in 2016). Externally, in terms of design and size, cleaning quality, brushes, kinematic system, dust collector, filters, charging base, battery, lidar, delivery set (the robot itself, the base, the tool for cleaning the main brush, there is nothing extra), yes, almost everything we has exactly the same vacuum cleaner. But with more accurate navigation based on both the lidar and the ceiling camera, which made it possible to implement the function of dividing cleaning by room in the smartphone application. Plus formally greater suction power. The other processor is left out of brackets. The ability to recognize voice commands “keep in mind.”