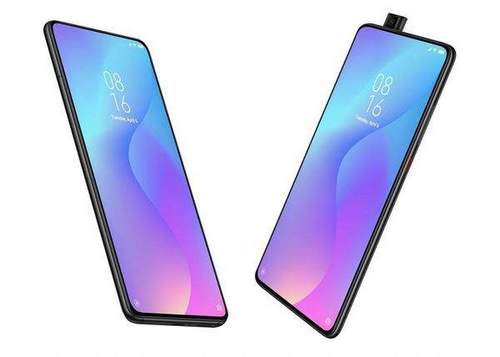 Updates are a phenomenon that for most users of Android smartphones is almost inaccessible. Despite the fact that Google regularly and on time releases new versions of its operating system, manufacturers often ignore them and either adapt them with a long delay when the next update is on the way, or pretend that they do not exist in principle. Nevertheless, there are also responsible vendors who sincerely care about their customers and try to provide their support. The only pity is not always successful.

Xiaomi this year has become a living example of the saying “they wanted the best, but it turned out as always.” Strange as it may seem, Android 10 turned out to be the litmus test here. Having decided to provide users with as many branded smartphones as possible with an update, for some reason it did not take into account that the rush in this matter had not brought anyone to good. After all, as it turned out, several Xiaomi devices at once suffered from the mediocre optimization of Android 10. They turned out to be Xiaomi Mi 9T, Mi 9T Pro, Pocophone F1 and Mi 9, the owners of which faced the widest range of bugs.

The owners of Xiaomi Mi 9T and Mi 9T Pro, who are also known as Redmi K20 and K20 Pro, respectively, got the most. Immediately after upgrading to Android 10, users noticed that smartphones began to live unnaturally little on charge. In most cases, the devices were discharged 30-50% faster than before, invariably designating the Android operating system as the reason for the discharge. Neither the display, nor the applications, nor the wireless interfaces, which usually become the main item of energy consumption, namely the operating system.

The owners of Xiaomi Mi 9 were disappointed with a serious bug that led to the fact that the installation of certain desktop images became the cause of endless reboots. The smartphone seemed to go crazy, starting to turn on and off the screen spontaneously with a frequency of one second. After that, the device vibrated three times and displayed a menu with three possible actions: reboot, rollback to factory settings and contacting support. But to fix the situation, only a hard reset helped, to which most users were forced to resort.

Why Pocophone F1 is not updated

With Pocophone F1, everything went relatively smoothly. For a long time, the users themselves did not have the slightest idea that something was wrong with the update, but over time they found out that Xiaomi silently recalled Android 10 for this model of smartphone. Representatives of the company explained this by a large number of system bugs that prevented the stable operation of the device, and therefore decided to withdraw it for revision. As a result, Android 10 for Pocophone F1, which did not install the update for the first time, is still not available.

Well, the Xiaomi Mi A3 remains. It would seem, what problems can arise with him? After all, this is one of the few brand smartphones running on pure Android. For him, it was generally not possible to adapt anything, but simply redirect the update to users directly from Google’s servers. But it was not there. Despite the fact that Google has already released the first beta of Android 11, the Mi A3 has not yet received even Android 10. Even the Xiaomi Mi A2 Lite has received, but the Mi A3 has not. What is the problem, Xiaomi does not explain, but it is normal. for the fifth month already. it promises to release an update in the very near future.