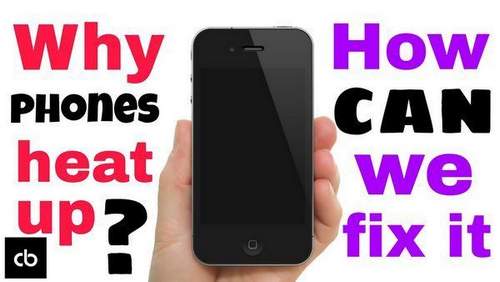 Slight heat is a common occurrence for a mobile device. But if the smartphone heats up too often or begins to burn hands, it’s time to take action.

1. You use your smartphone too much

Three-dimensional games, shooting and heavy applications create an increased load on the accelerator and processor. As a result, the device not only heats up, but also quickly discharges. The active operation of navigation and network technologies like GPS, Wi-Fi, Bluetooth or 3G (especially when there is no good coverage) leads to the same effect.

Try not to overload the machine. To keep the smartphone cool, take breaks during long gaming sessions, downloading large files from the Web, or while working with the camera and heavy programs. Disable navigation and network modules when you do not need them.

2. There are unfinished programs on the gadget

Perhaps one or more of the installed applications contain errors or poorly optimized code, and therefore they use the system resources irrationally. Because of such programs, the processor can operate at increased power without good reason. The logical result: more heat is released and the battery runs out faster.

Remove all unnecessary programs from the device. If the temperature rises when working with an application that is not a game, service or other resource-intensive program, try removing it or replacing it with an analog. In addition, do not prevent the updating of individual programs, as new versions may contain bug fixes.

3. External factors act on the device

If the gadget is in direct sunlight, in your pocket, under a blanket, or in a thick case, this can also lead to an increase in temperature.

Separately, these factors rarely lead to overheating. But if several of them act simultaneously and you are actively using the device, then the risk of getting burned increases significantly.

Try not to keep your smartphone in the sun in hot weather. Set your screen to auto-lock so that the camera or other applications do not start accidentally in your pocket. Do not put the device in your pocket if your smartphone is downloading large files in the background. Remove the case when playing games if it interferes with cooling.

4. You are not charging the device properly

Using a damaged or non-original charger is fraught with problems, including overheating. If you have a working official accessory, then the smartphone should not get very hot during charging.

The exception is cases when they play games, watchs or download files from the Internet on a device connected to the mains. In such situations, tangible heating is provided to you.

Use only original cables and adapters. If your charger is damaged, replace it with a new one. Try not to download files, do not run games and heavy programs on a smartphone connected to the mains.

5. The gadget has system problems

The increased temperature of the device may be the result of a malfunction of the operating system or its built-in programs. In addition, over time, the OS accumulates residual files and other software junk, which can also contribute to heating.

To get started, simply restart the device and make sure that the operating system is updated to the latest available version. If nothing changes, try cleaning the phone or returning to the factory settings, after saving important data.

6. Something is wrong with the hardware

If the above recommendations do not give a result, there may be a problem with the hardware of the smartphone. Factory defects or breakdowns resulting from physical damage can lead, inter alia, to a violation of normal heat transfer.