Why I Use Apple Music On Android 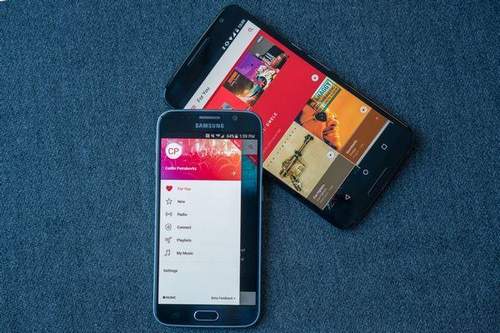 Hello! Today’s post is a short instruction for those who use two-factor authentication in AppleID, and also use Apple Music on their Android-smartphone. At the same time I’ll talk about why I use the service myself.

Perhaps it’s worth starting with why I basically use Apple Music on Android. There are several reasons for this. First of all, my main computer is iMac and on it my entire media library is stored in iTunes. There are many purchased tracks, created playlists, saved music, and much more. There are many ways to transfer all this to Android devices, but each time it will take a decent amount of time. Considering how often I change smartphones, I do not have the opportunity to regularly conduct such synchronization. Of course, I can import all my playlists into Google Music, but after introducing a restriction on four re-bindings of smartphones a year, this service became completely useless to me.

I don’t often listen to collections of new music, but it’s important for me to have cloud access to my playlists from any device, and Apple Music provides this access only when paying for a subscription. But when there is a subscription, I can either immediately start listening to any track from the library / collection, or download it to the device in two clicks. Such mobility is very captivating, and most importantly requires a minimum of action from me. I really like that Apple is slowly entering the Android application market. I really hope that Pages and notes will appear in the future, although it is not known whether the company plans to continue to create analogues of its applications for a competing platform.

Read more:  How To Install And Start Using Apple Pencil

Now let’s move on to two-factor authentication. I turned it on after reading a few frightening stories about account withdrawals, etc. But this is bad luck, on Android I couldn’t manage to log in. I entered the login password, and then I received a message that now I need to enter them along with the verification code that will come to another device. However, I did not see a separate field for entering this short code! Usually the same as: you log in, and then enter the verification code. Having suffered so for several days, I simply put the application aside until I saw that Ilya Kazakov, who tweeted about it, was facing the same problem. Ilya helped me understand what was happening: after the first authorization, you need to re-enter the login password, and immediately after the password, in the same field, dial the six-digit verification code. The decision will be honest, artisanal, because nothing prevented you from making a separate field for this code.

After I figured out authentication, I started using Apple Music on all test smartphones. The application saves me a lot of time, all my favorite music is always at hand, and the necessary playlists are downloaded in just two clicks. By the way, and with what application do you listen to music?