Why Can Not I Use Apple Music 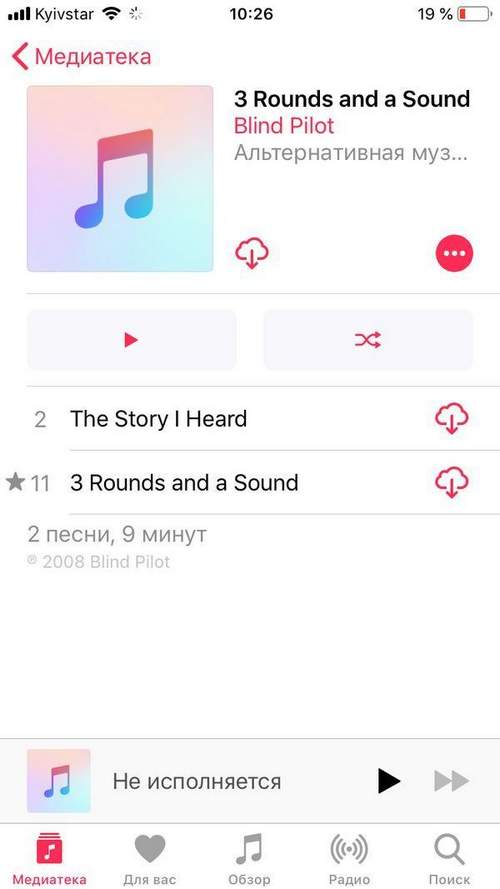 Since the launch of Apple Music, I have been indignant on Twitter about the fact that the service does not suit me and that I definitely can’t use it the way it was intended. And every time they ask me: what is wrong?

I’ll try to briefly explain my story with iTunes, and what exactly went wrong with the release of Apple Music.

Since the full transition to the Mac in 2008, I have been using iTunes to organize my music library. It just so happened that I used playlists to optimally download music earlier on the iPod, and later on the iPhone and iPad. I have playlists for specific artists, for albums, for soundtracks, for musical directions, for mood, specially organized lists of new actual music.

For me, this turned out to be the most acceptable scheme. Especially in connection with the music synchronization mechanism on iOS. It was enough to change the playlist, after which the tracks were deleted or vice versa added to the right place on the device.

For seven years, I have accumulated a huge amount of music, as well as a couple of hundred playlists. I was always pleased and I never understood all the “lack of drag’n’drop” / “need for this iTunes” assaults.

Crazy delays before uploading music to the cloud, delays before the music appears in the cloud directory, errors loading music from the cloud, periodic inability to listen to even locally downloaded tracks without authorization in the cloud (also with brakes and delays). This is just what I remembered offhand. As a result, for a year and a half I got sick more than Brezhnev and decided that it was time to return to the old scheme.

And here comes Apple Music. The beautiful symbiosis of Spotify and the Mac iOS ecosystem, proven over the years. Like all other people, I really looked forward to this service. As soon as I managed to try it for the first time, I liked everything almost unconditionally. Even the recommendation building system, unlike many complaining users, works great for me (I regularly put likes under the tracks I like).

Difficulties started at the moment when I wanted to add tracks to “My Music”, so that later I could download it for offline listening. The first device I used to test Apple Music was the iPhone. When you select the option to add tracks from the streaming directory to your own media library, you are prompted to include the so-called iCloud Music Library for this. This is a prerequisite for adding music from the AM catalog to your own media library.

On iPhone, after turning on IML, suddenly new playlists appeared. Locally, I had about 40 of them, and it became about 70. over, the playlists were mine, but from Mac, on which neither IML nor AM were turned on (I did this all in Barcelona, ​​while the macbook was in Moscow). Here I already had doubts that IML was somehow connected with my long-standing use of iTunes Match.

After a couple of days of use, part of my playlists began to go bad. For example, positions with identical names and the addition of the number one after began to appear. And in them were completely random tracks from my own library. A possible trigger for this was an attempt to add music from the AM catalog to a new locally created playlist on the iPhone. Far from sin, I turned off IML, which means that I lost the ability to add tracks to My Music and download them for online listening.

Read more:  How to turn on the microphone on your Honor phone

Arriving in Moscow, I tried to run full-fledged Apple Music on a macbook. Including activated iCloud Music Library. What happened afterwards terrified me. After activation and synchronization, IML turned my built-in media library into a mess for years. Dozens of identical playlists with completely random tracks inside, disappeared playlists, playlists with the correct names and completely random collections inside, disappeared tracks and albums (generally from the iTunes library, while local files remained in place in the Music folder). The next step for me was the complete restoration of the system to the state at the time of my departure (that is, two weeks before).

As a result, I can’t use Apple Music fully on either an iPhone or a MacBook. Of all the new features I use: listening to tracks on the links sent to me, listening to collections and radio based on the tracks I like, likes to improve recommendations. Add music to My Music, download for local listening, create playlists with music from AM. I can’t do any of this.

The platform for experiments I chose iPad. There I turned on Apple Music as a last resort, I used the “Replace” option when IML was activated. The playlists on it are just in that very state of porridge with all the failures described above. But on it I add tracks and albums to My Music in the hope that someday Apple will fix its services and it will be convenient to use them.

Read more:  Connect A Headset To A Computer

What to do? Maxim @bad_attitude Samoilenko has already tweeted me a large number of potential obstacles to potential repair of the service in the foreseeable future. But I believe that Apple needs to clearly distinguish between the types of media libraries in the hardware and server parts of the hierarchy. local and online. And so that they do not intersect. That is, playlists should also be divided into local ones that were originally, as well as online ones that were created on the basis of tracks from the AM catalog. That’s all, no problem. And when the mixing of three media libraries begins. local, iTunes Match (and here obviously could not have done without it) and Apple Music iCloud Music Library, this leads to such a terrible result, which I am not the only one complaining about.

Despite the fact that everyone claims that Apple does not know how to use cloud technologies, I really hope that they will fix the service, which did not come out as cool as it was conceived and advertised. In the meantime, I decided not to pay them for Apple Music after a free three-month trial period.