When I turn on the computer, nothing happens

Misunderstanding the nature of various computer malfunctions often leads to diagnostic errors, without which qualified repair is impossible. And one should approach the search for a problem with its exact description. The malfunction described by the words: “when the power button is pressed, the computer does not turn on, but the fans are working” is called the absence or initialization error. It should not be confused with “non-inclusion”. complete inaction on pressing power, since the causes of these two problems are usually different.

Initialization, in this case, is the readiness of the equipment for work. And if any of the devices critical for starting the PC refuses to start, we will observe a characteristic picture:

According to statistics, most often the source of such a problem is the following:

Other reasons that may also give a similar “clinic” include damage to the elements of the motherboard, leading to a destabilization of the power supply of devices, a defect in soldered microcircuit contacts, a power supply unit with a “voltage drop” on individual lines, a dead CMOS battery, and other problems hardware installed on a PC. However, this is less common.

Read more:  How to Transfer Computer Image to TV

It is also important to understand that this problem is never the result of software crashes in the operating system. Since its download does not even start.

What can a user do in this situation? Even without special equipment, you can try to solve the problem at home. It is enough to be able to use a screwdriver.

This is the easiest and sometimes very effective way to troubleshoot problems with loading your computer. If your case is not the most difficult, perhaps it will help.

There is another option for resetting the BIOS. Clear CMOS jumper (jumper). It must be removed for 15. 20 seconds. and move to two adjacent contacts, then return to the place. Sometimes the jumper is called differently: CL_CMOS, CCMOS, CLRTC, CRTC, etc.

After doing these operations, turn on the computer and try to turn it on. If the problem is fixed, its cause was the incorrect BIOS Setup configuration. 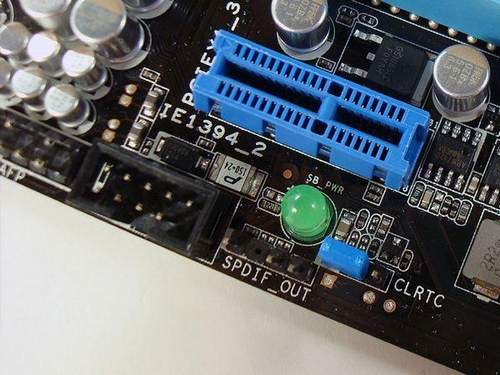 Turn off all unnecessary

If the first method did not help, move on. Let’s try to eliminate the influence of equipment that is not necessary for a successful start of the PC. To do this, you need to prepare a table covered with insulating material (polyethylene, rubber, plastic, wood, etc.), on which you will assemble the stand.

If you see the operating system loading on the monitor, it means a failure causes one of the disconnected devices. Well, if, apart from the rotation of the fans, nothing happens again, we’ll try to figure it out in more detail.

None of the methods helped? The last thing that can be done at home remains. in turn, replace PC devices with working ones, of course, compatible with your system. However, there is a risk of damaging them.

If there is no such possibility or desire, as well as when the described problem occurs on a laptop, the only remaining option is to contact a service center.

Similar articles:. 19 Comments “The computer does not turn on, but the system unit fans are running”

What could be the reason that the initialization error happens too often (sometimes once or even 2 per day). It can happen after turning off a normally working computer, or maybe during operation (the monitor goes out, the fans work). After resetting the BIOC, everything works again.

Battery. M everything related to her.

When you click on the PC start button, you can hear how the computer is working, but
The boot menu does not turn on. But if, after some time, click on
Reboot button (in the system unit itself), boot is turned on
Windows

What could be the problem and how to solve it?

well, and if the problem is in the BIOS, reflash the BIOS?

If the problem is BIOS, it should be flashed with factory firmware. At the same time, dump the previous firmware for verification.

Thank you. The information was helpful and everything worked out.

Hello! A friend brought me to check my IP on my system unit, after which the system unit stopped running. The fan turns, both LEDs in front are on, the hard one twitches when turned on (buzzing sounds are heard). Neither reset nor turn help. Turn on / off only with the switch on the back. What could be?

Good afternoon! I have this problem: the computer turns on, but nothing is displayed on the screen. I had such a problem after I installed additional RAM (only 2 slots), additional RAM 512MB, the same as it was built into 1 slot. I inserted an additional operative, turned on the PC, and walked away for just a couple of minutes, I went up and there was an unpleasant smell from the system, immediately turned off the PC, disconnected the power supply from the network. He opened the cover, there is no visual damage, an unpleasant smell comes from the inside of the drive. I pulled out an extra operative, turned it on again, and such a problem began. I inserted the native RAM into the 2nd slot, but everything is the same. I also inserted a new RAM into 2 slots. a test. but nothing happened. Sistemnik starts working, but the screen does not show anything. What could be the problem and how can I fix it?

I tried the method of the memory chip, it got.