What Is The Difference Between iPad Air And iPad 2019 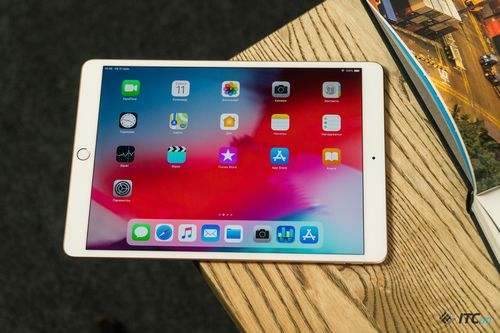 Debuted in 2013, the iPad Air tablet was originally positioned by Apple as the flagship device, but, having survived only one update, lost the title iPad Pro. Nevertheless, Apple did not forget about this line of tablets and this year introduced the iPad Air 2019, the third generation of the model, which is no longer positioned as a flagship, but has a good set of features and a more affordable price than the Pro version.

The contents of the box of Apple tablets has not changed since the very first iPad, so this case was no exception. Together with the iPad Air 2019, the manufacturer supplies the Lightning cable and the 12 W charger unit.

Apple does not often make significant changes to the design of its devices, preferring to change their characteristics. And although last year she radically changed the appearance of the iPad Pro line, the new iPad Air did not touch this fate.

The tablet actually received a case from the iPad Pro 10.5, released in 2017, which at that time was just a cosmetic update to the first iPad Pro 9.7. Therefore, those who are familiar with the appearance of Apple tablets will not see anything new in the model. But I can’t say that this is a minus, since 90% of the time the user will look at the screen of the tablet, and not at its back cover. In addition, as the story of the “folding” iPad Pro has shown, the old proven tablet chassis isn’t so bad.

In any case, I note that the design of the iPad Air 2019, although it did not come out original, still looks good. Last but not least, this is achieved due to the small thickness of the case, which is only 6.1 mm, as well as a 10.5-inch display, which occupies almost the entire front panel of the tablet.

The main materials on the iPad Air 2019 are aluminum and glass. The latter covers the screen, and the entire back is made of the first. Therefore, despite the small thickness of the case, it does not seem flimsy.

The weight of the tablet in the Wi-Fi version is 456 grams (the model with LTE is slightly heavier. 464 grams), which generally allows you to hold it with one hand.

The picture quality of the display is really excellent, according to our measurements, the color gamut is larger than the sRGB triangle with a slight bias in green, the color temperature and gamma are at the same level as the reference values, and the backlight is uniform.

There is no air gap between the glass and the screen matrix in the iPad Air 2019, and the image itself does not invert and does not fade when viewed at an angle.

The display on the tablet supports True Tone mode, in which the white balance changes automatically depending on the ambient light, making the picture “warmer” or “colder”.

Unfortunately, despite the fact that the design and diagonal of the iPad Air 2019 completely repeats the iPad Pro 10.5, its display does not support an update frequency of up to 120 Hz. But it’s possible to connect the pen Apple Pencil to the tablet and draw or make handwritten notes on its screen. But there is a nuance here, only the first generation pen is supported, so you have to be content with its capabilities.

At the heart of the iPad Air 2019 is Apple’s own platform with the A12 Bionic processor. The company’s most current and fastest chip, which is also used in the latest generation iPhone. In addition, the tablet has 3 GB of RAM, and the amount of internal storage, depending on the version, can be 64 or 256 GB.

Other features of the iPad Air 2019 platform include dual-band Wi-Fi 802.11 a / b / g / n / ac, Bluetooth 5.0, GPS, GLONASS, Galileo and QZSS positioning modules, as well as the ability to choose a model with LTE. The set of sensors in the tablet includes a three-axis gyroscope, accelerometer, barometer and light sensor.

Despite 3 GB of “RAM”, which in the world of Android smartphones have long been middle-class and even state employees, this turns out to be quite enough for the tablet’s high speed. Even heavy games and apps run and run on the iPad Air 2019 without any problems. A good system optimization allows you to quickly switch between open programs. So it’s quite comfortable to work with the tablet and play games.

In addition to the interface designed for large tablet displays, it also differs from the version for the iPhone in multitasking mode. The latter allows you to place two applications on one screen, placing them side by side, or one on top of the other.

On any screen, pulling up from the bottom of the display you can call up the Dock menu, on which there are fixed applications, as well as recently launched ones.

In general, iOS 12 lacks an open file system, which would allow working with any type of file, as well as the ability to change programs by default. But for solving basic tasks, iOS 12 functionality will be enough.

Below the iPad Air 2019‘s display is the TouchID fingerprint scanner. The company used a second-generation sensor, so it works quickly, literally in a second, opening access to the tablet’s desktop.

Unlike the flagship iPad Pro 11, in which Apple uses the Sony IMX315 module, which is capable of taking quite high-quality images, the camera is simpler in Air 2019. It is equipped with a 12-megapixel f / 2.4 aperture.

Read more:  How To Check Apple iPad When Buying

In good light, using a tablet, you can take more or less high-quality images, especially in HDR mode, which helps the camera to better manage exposure.

Auto shot on the left, HDR on the right

When lighting deteriorates, the detail of images on the iPad Air 2019 drops dramatically, the f / 2.4 aperture is not capable of transmitting enough light to the sensor in such conditions.

In addition, the lack of optical stabilization also does not play into the hands of the camera in low light conditions.

Another difference between the iPad Air 2019 and the Pro models is the smaller number of external speakers, there are two of them, while they are located on one side of the case.

They sound pretty loud, but without a tangible stereo effect. Given that the case of the new Air actually repeats the iPad Pro 10.5, Apple had the opportunity to place speakers on different sides of the case, which would make it more comfortable to watchs and play games without connecting headphones.

It’s good that the latter can at least be connected by wire, for this on the upper edge of the tablet there was a place for a 3.5 mm headphone jack. They can be connected wirelessly via Bluetooth 5.0.

The battery built into the iPad Air 2019 has a capacity of 8134 mAh. In the Geekbench 4 test, under a maximum processor load and a display brightness of 200 cd / m2, the tablet lasted a little over 11 hours. Accordingly, this is enough for several days of active use.

The tablet is recharged only by a wired method and for this you can use the complete 12 W power supply. The only problem is that the tablet is charging from it by modern standards for a very long time. Almost 4 hours. At the same time, this model supports faster charging and Apple has faster chargers, but the company decided that if users need to charge the tablet faster, they will buy them separately.