What Is Hidden Under The Decoding Of Samsung Tvs 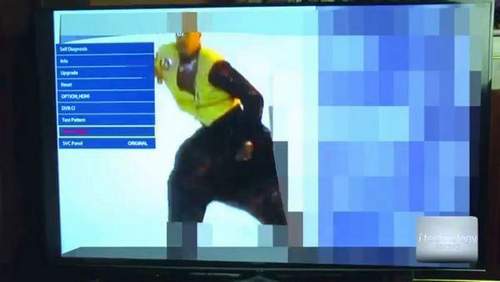 Each TV manufacturer uses the appropriate markings to indicate their products. Samsung is no exception. Why is it necessary to mark equipment, what secret is the decoding of various models of Samsung TVs, is it important to be able to decode this incomprehensible character set located on the back wall of the TV and packaging material?

Thus, absolutely all models of modern television receivers are marked. What does the decoding of samsung TV models contain, what information is included in one or another model range?

The very first letter in the marking indicates the type of backlight. The table below shows all possible options.

(based on organic LEDs)

(use of fluorescent lamps)

The second “speaking” letter in the marking is the designation of the region for which these TV models are created.

For example, the initial characters of the marking “UE” are deciphered as follows: a device with LED backlight is released for sale in Europe.

Following the letters are two numbers indicating the size of the diagonal of the screen. the distance between the opposite corners of the matrix. This parameter is still measured in inches. Although such a unit of measurement is now considered obsolete, it is still used when indicating calibers, sizes and other parameters of various technical products. For example, 55 inches is 139.7 cm (55 x 2.54, where 1 inch is 2.54 cm).

Determine the year of birth of the TV

The manufacturer designated this indicator with letters, that is, each time interval corresponds to a certain character of the alphabet:

In 2014, the company changed the classification somewhat, assigning this period “H” instead of the next “G”. Further designation was carried out in accordance with the alphabet. Last year, Samsung used “K” to decrypt 2019 TV models.

Next, consider the following four digits. The first denotes a series of devices. Today, there are several of them in the Samsung lineup: from the fourth to the ninth. What is the difference between samsung tv series? The equipment of the ninth series is made using the most modern technologies, is the most expensive and functional. Accordingly, the lower the series, the simpler the television set.

The second digit of the four is the subseries. Although the company does not officially provide an explanation, many experts are inclined to assume that the technical parameters of the TV are hidden under it.

Previously, the fourth digit indicated the type of tuner. However, in 2013, she began to characterize the appearance of the television receiver.

After a four-digit number, you can meet another letter. The manufacturer claims that it is not interesting to the consumer, since it does not carry important information for him.

The main parameters of the series

TV labeling is an important parameter that should not be neglected. These few numbers will tell you about the many features of the technology. Today, the trading network offers a huge selection of television sets of various series, so without knowing their features it is very difficult to make the right choice. To make the purchase a pleasure, there was no sensation of “wasted money”, we recommend that you familiarize yourself with the distinctive characteristics of each series in advance.

TVs of 4 series are classified as budget models. The devices have a powerful 2-core processor that allows you to solve several problems simultaneously. This technique has the most popular resolution of 1366×768. Models in this series will not let you get bored, as they guarantee the viewing ofs, music and other programs in modern formats. Built-in games, applications, the presence of Smart TV function only added popularity to these TVs. The presence of a USB port has opened the possibility of viewing various content from external drives. Disadvantages: lack of 3D and Full HD.

Devices of the fifth series have almost the same capabilities as the previous one, except for a screen resolution of 1920 × 1080. Users with these multifunctional devices can appreciate the highest quality, clarity and clarity of the picture. From now on, watching movies and other programs will bring great pleasure.

The sixth series is considered the most universal and in demand. Televisions can boast everything that a user needs, with the exception of the built-in microphone, camera and the ability to control gestures. The main advantage is its excellent design, the presence of an HDMI connector that allows you to connect all kinds of devices, improved color reproduction, powerful downward-facing speakers, a set of glasses for viewing 3D, an excellent quality-price ratio.

Thanks to the narrow and thin frames, the television sets of the seventh series look light, stylish, elegant. Devices use a dual-core processor, are controlled by remote control, voice and gestures. Thanks to the integrated (in many models) WideColorEnhancerplus technology, the color quality is simply excellent. The AllShare function opens the possibility of transferring various information to TV from a laptop and smartphone. The built-in camera opened the possibility of communication via Skype.

TVs of the eighth series are deservedly classified as VIP-class products. These devices, without exaggeration, can be called a computer that performs the functions of a TV. In addition to the stylish appearance and the originally made stand, this technique is characterized by a higher refresh rate, a wide selection of diagonals, and the presence of four or more HDMI ports. A feature of this series is the ability to replace the processor.

The ninth series is a new generation of multifunctional devices with unlimited possibilities. The resolution of 3840×2160 guarantees the highest clarity of viewing, perfect picture detail, excellent sound. Thanks to the sophisticated design and transparent stand, such televisions fit perfectly into any interior.

Further in the marking you can see three more letters. The first “X” indicates the mass production of this model. The next two are the name of one or a group of countries in which the sale of this equipment is expected. For example, Russia. RU, Ukraine. UA, Kazakhstan. CS, Latvia, Lithuania, Estonia. BT, etc.

Marking Samsung TVs is not just a set of numbers and letters, but information about the characteristics and capabilities of the equipment. If you decide to purchase television sets from this manufacturer, learn how to decipher these characters, so as not to allow yourself to be misled. It is the marking that will allow the buyer to make a first impression of the possibilities of TV.