What is better protective glass for your smartphone?

What is better: a protective glass or film?

Regardless of the initial coating of the screen additional protective glass or film for the phone is not superfluous, because to prevent damage to the display is easier than to install a new. The cost of replacing the screen on smartphones can be up to 40% of the price of the mobile device, so it is better to take care of the installation of the protector immediately when buying a phone.

Smartphone screens of previous generations (IPS, TFT) consisted of several layers of air cushion, and the last layer was the glass itself. When damaging such displays often only the top layer is broken, while the matrix remains intact. The screens that are installed in most new phones (Super AMOLED, Dynamic AMOLED) are less thick, because they do not have an air layer. But it is because of the integrity of the display design, damage can be fatal for the entire screen, including the matrix.

Despite the fact that almost all the flagships manufacturers initially install protective glass Gorilla Glass in different versions, additional protective film or glass will reduce the chance to spend a large sum to replace the display.

What is good about a screen protector?

A protective film is a thin polymer (PET) product with an adhesive layer. The adhesive coating secures the protector on the phone glass, allowing you to keep the visual and touch properties of the display.

Almost all films are designed for flat screens, but there are products for displays curved at the edges. No glue residue is left on the display after the film is removed, and the screen is ready to install a new accessory.

The advantages of protective films:

The main differences in the protective glass

The most important characteristic is the model of the smartphone for which you are looking for a glass. All glass fits a variety of smartphones, so you need to look for exactly the right model when buying. Check this parameter carefully to avoid wasting money. To date, there are many “universal” protective glass that have come to us from the Chinese market. Buying such glass is risky. It may not fit you and may be larger or smaller than your display. There is also a chance that there will be missing notches for the speaker and front camera, which you can’t make yourself.

Two characteristics are responsible for the durability of the glass, one of which is the thickness. The thicker the protective glass, the stronger it is, but before buying it remember that if it makes your smartphone look bigger. Sometimes users would remove it after a few days of use because of discomfort. Also if the protective glass to a budget smartphone is too thick it may reduce the sensitivity of the sensor. When buying glass, choose a medium thickness of about 0.3-0.6 mm. If so, you will not encounter any of the problems mentioned above.

The strength of the glass depends on its thickness and the material from which it is made. Measured by the Mohs scale, which shows the resistance of glass to damage. When choosing the strength it is worth remembering that the glass is accurate and rectangular in shape. With these forms, the strongest glass will be able to save from damage, which will have to center, but the end of the smartphone can only protect the elastic glass. The ideal one to buy is 9H strength, which can protect the whole area of your smartphone.

The principle of protection

Protective glass for your smartphone is initially designed to:

In the case of a critical impact force, the protective glass is destroyed and part of the energy of this impact is transmitted to the screen. But its intensity will be so reduced and dispersed, that the strength of the screen glass will be enough to bear it without damage to the display. Thus, the protective glass acts as a kind of protective “buffer” for the main glass of your smartphone.

Many people are mistaken, thinking that the protective glass. this is a special type of protection, the essence of which is always remain intact when hit. If the glass was designed that way, the screen would crack instead, and there would simply be no logic in its existence.

What is a protective glass for your smartphone

Protective glass on your smartphone is a product made of thin transparent plastic, which is characterized by good protective properties. After all, this accessory perfectly protects the mobile screen from chips, cracks and scratches. In addition, the presence of protective glass, greatly increases the chance that the display will not be broken when dropping a mobile device or direct impact on it. It is also worth noting that the glass has a solid structure, but it is able to bend slightly. The main thing is not to overdo it during gluing. Otherwise, the protective glass will crack. And since it is not repairable, you will have to buy a new one. And here I would like to point out that buy protective glass for your smartphone is not such a simple task. After all, there are many different types of glass to protect the display. In connection with this will have a little push, during the selection of appropriate glass for your smartphone.

Many may have noticed that the of protective glass for one particular model of smartphone vary considerably. And it unwittingly leads to the question, but why is it so?? After all, at first glance there is no difference between them. Nevertheless, in fact, there is a difference, and sometimes a very big one. After all, there are several different types of protective glass to protect your mobile device. Among the main are the following variations:

To choose the right protective glass on your smartphone, it is not enough to know its varieties. It is necessary to find out a few more important aspects.

As sellers of accessories for smartphones and active users of these very smartphones, let’s try to consider some misconceptions, as well as to describe the main types of protective glass, their weaknesses and strengths.

First, let’s look at the most common misconceptions.

Before we talk about the types of safety glass. Let’s take a look at the main designations, which often confuse not only buyers, but also novice sellers.

Let us also pay attention to the fact that while most smartphones up to and including 2016 had a regular screen without curves (with the exception of i P hone and some other models), since 2017, almost all smartphones start to be released with a 2.5 D screen. Such smartphones have a smooth curve almost invisible to the eye begins long before the edge of the screen. Therefore, simple protective glass will be smaller than the screen. For this type of glass a margin of 3-5 mm on each side is acceptable.

So, let’s look at the main types of safety glass:

What does a protective glass consist of??

Protective glass is made of a material that includes several layers, depending on the manufacturer and brand name. 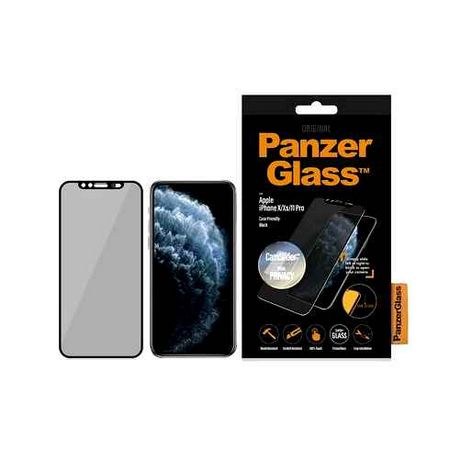 Question from Customer: How does a safety glass protect the display from damage?

If a blow is too hard, the protective glass will break completely, some of the impact energy will be transmitted to the native screen of your smartphone, but the strength of the screen glass is likely to be enough to keep the display unscathed.

In other words, a protective glass buffers all external influences on your smartphone screen.

What is 2D glass and what makes it good??

This is the most common flat, fully transparent glass that perfectly protects the screen and is not inferior in its protective properties to its competitors.

In the measure of the appearance of the so-called 2.5D screens (rounded at the edge), these glass because of their characteristics (they are flat and flat), it became impossible to produce a size up to the edges, as flat glass does not envelope the rounding and the edge of the formed band of air, which subsequently gets the dust and dirt.

Accordingly, for such models of smartphones began to produce shorter glass of this type. They go as far as the place where the screen begins to curve and adhere well to the surface, while the bevel behind them remains open and unprotected.

D-glass on the phone. what is it

Glasses also come in different types. Some are 2D and some are 3D. As a rule, this combination of letters and numbers means volumetric. 2D is regular flat glass that is simply applied to the screen and glued. I would not recommend taking it. Not only will you feel the transition from the protective glass to the display, but 2D glass is a thing of the past, so they’re usually made without much thought.

You should only buy 3D glass. But you shouldn’t look only at the number, either. Sometimes 3D doesn’t mean going over the edge, but rounded sides like for the Galaxy S10 or Galaxy Note 10. So the best thing to do is to open the description and look at the glass in profile. Responsible sellers usually publish such information, showing the advantage of their product over competitors’ products.

Normal 3D glass compared to 2D glass looks something like this:

As you can see, it doesn’t lay flat on the screen, but also kind of covers it from the end. This design of glass, firstly, increases the protection of your smartphone, because if anything, the impact will fall on the glued glass, and secondly, it reduces the likelihood that you will hurt it, and it will peel off in the process of use.

To sum it up

Expensive smartphones are well protected from bumps and scratches, and a protective glass on them will definitely be superfluous. As for the cheaper smartphones, before you glue something on them, you need to know what type of glass is installed on them. Nowadays it happens that even the budget models have good tempered glass.

My current smartphone is the Samsung Galaxy Note 8. I am still using it since its release. It has never had any glass or film applied to it. The smartphone is used as usual, carried in the. sometimes even dropped. Nevertheless, its screen still has no scratches and chips, even the smallest ones.

Before him was the Samsung A7 2016, which also operated in its original form. No scratches on the screen in a couple of years.

Whether it is necessary to stick a protective glass on your smartphone or not, everyone decides for himself. But if you’re a neat person, and in addition do not like foreign objects on the screen, then stop beating yourself up for not wearing, or do not want to wear glass “like everyone else”. Not all smartphones need them, and the usefulness of them is almost zero.