What Do The Numbers And Symbols On The Back Of The Iphone Mean? 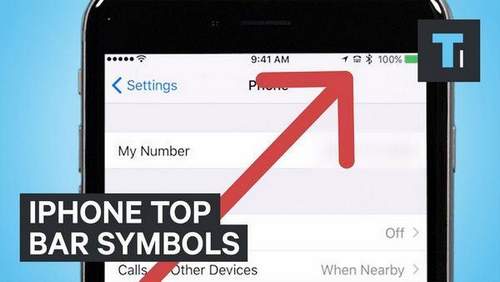 We begin to decipher the mysterious letters left by Apple.

We usually see the back panel of our smartphone only when we consider our own selfies taken in front of the mirror. However, sometimes it’s worth peering and reading into those few lines of numbers, letters and pictograms that are there. So, this is what the inscriptions on your iPhone mean.

Designed by Apple in California. Assembled in China. Model A1549

Everything is clear here. “Designed by Apple in California. Assembled in China. The model is such and such. ”

By the way, the inscription “Assembled in USA” (“Collected in the USA”) on “apple” products can be found, and even then if you are very lucky, only on rare copies of the iMac.

Identification number issued by the United States Federal Communications Commission (FCC). These letters on the iPhone indicate that the product has been approved by the agency.

Read more:  What Does The Exclamation Mark In The Photo On The Iphone Mean?

The first three letters are fixed in the FCC registries for all Apple products that use wireless communications. And E2816A is the identification number of your iPhone model.

In fact, this is the same information, but in the Canadian version. That is, the organization of Canada, which monitors the radio spectrum, also approves this model.

This abbreviation stands for International Mobile Equipment Identity. the international identifier of mobile equipment. These 15 digits of the identification number are assigned exclusively to your iPhone. However, not all phones have a fifteen-digit number on the back. On newer models, IMEI may be hiding in software.

This symbol of the Federal Communications Commission (FCC) once again emphasizes that the phone has passed certification.

[Crossed out trash can]

The emblem that you often meet on electronics. The icon reminds all members of the European Union that this phone must not be thrown away with all your other garbage. If earlier you simply threw the used iPhone out of the window, then never do this again, but dispose of it in accordance with the advice of environmentalists.

This “!” Means that not the entire civilized world approved the product. In other words, the iPhone uses radio frequencies, which in some countries are not assigned to wireless devices.

This number means that the device has passed the European certification. (In this case, the audit was performed by the German agency Cetecom ICT Services.)

And this icon is the European equivalent of the first icon (FC) in the line. The European Union also approves of your iPhone.

Decryption is completed. And if you have any other inscriptions and drawings on the back panel, then, apparently, you left your iPhone alone with a child who had an indelible marker.