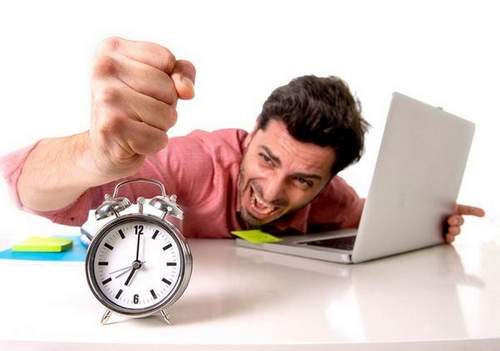 Everyone knows that exactly one year after the release, every user who had licensed Windows 7 / 8.1 installed on the device could upgrade to the new Windows 10 operating system from Microsoft for free. And now, July 29, 2016 has already passed and all the deadlines for a free update are out. But it turned out that not everything is so bad for those who, for some reason, did not manage to upgrade to Windows 10. Today I want to tell you about at least three legal ways to update, even after the ban.

Method number 1. If you previously upgraded to Windows 10, then rolled back to the previous version, and now change your mind

The method is very simple and understandable for everyone. I have already written more than once, and recently I myself have ascertained from personal experience that if you at least once upgraded your device to Windows 10, then the license will be bound to your hardware forever. It doesn’t matter whether you rolled back to the previous version, for example, Windows 7 or even after installing the update completely installed Windows 7 later, the license for Windows 10 for your device is preserved.

True, you will have to do a clean installation from a USB flash drive (I already wrote about this), and you just have to skip the key input requirements. A new generation of Windows 10 licensed operating system will still be installed on your device. This is because you received a digital license and no matter how many times you reinstall the system if necessary, it will still be licensed.

The same aspect applies to changing PC configurations. In practice, I saw how different components of the device were changed, I even recently changed the HDD to SSD, but the license was still preserved when installing Windows 10. I’m not sure if it will survive when changing the motherboard or processor. Maybe you had such an experience? Share it.

Method number 2. Change the date on the PC

As you might guess from the subtitle, this method provides for a simple change of date on your device. Then, in the lower right corner, click on the Windows 10 icon. With the help of which the update to the new operating system was launched earlier, you will see that the countdown that Microsoft recently launched is still working

If the watch has at least a couple of seconds, the process of updating your device can be safely started. After a while, the update will complete, and you will receive a new Windows 10 OS. That is, everything is the same as before July 29, 2016.

I learned about this method on one of the Internet resources, there you can even watch a of this process.

You must remember, something may go wrong. If you are not confident in your abilities and knowledge, then it is better not even to start such a method.

True, it is not yet clear how long this trick will work and whether it leads to a loss of license. I did not have the opportunity to personally test it.

Just yesterday, one of my friends asked me to help him upgrade his laptop to Windows 10. He just forgot that you can upgrade for free. I had to explain to him for a long time that the period of a free update had already ended and now you can only upgrade for a fee. I suggested he try this method. I will tell you briefly about him.

Read more:  How to Clean a Windows 7 Computer

The fact that people with disabilities and using special equipment will have the opportunity to upgrade to Windows 10 for free and after July 29, 2016 has been known for a long time. True, few people attached importance to this, but in vain. It turned out that this is very simple and, most importantly, a completely legal way to upgrade to Windows 10.

Microsoft even created a special site for this update. Here is a link to it: https://www.microsoft.com/en-us/accessibility/windows10upgrade

You will see a text about why for people with disabilities the update period will be unlimited. Here I take off my hat to the sensitivity of the company. After all, caring for such people speaks of the humanity of the company.

Below you will see the item Update now, click on it. The utility will be downloaded to your device Windows 10 Upgrade24074, such an update assistant,

which you just need to run. The utility will analyze the computer for compatibility with Windows 10,

and then download and install the operating system itself.

No checks of special equipment, no questions about whether you are a user with disabilities. Maybe over time, in the process of use, somehow Microsoft checks this item, although it is unlikely. After downloading the update, you must restart the computer and the update will be installed on your device.

We just updated a friend’s laptop and the operating system is no different from the usual one. That is, the method works and is legal: you get a licensed version of Windows 10. How long will this method remain available to everyone is an open question.

This question is definitely tormenting some of you, as there has been much debate about whether or not to update at all.

If Windows 10 Pro is installed on your device, you can either postpone the update or start the process manually. The reason is that the update will be big and you will need to have a good Internet connection. I highly recommend connecting the device to the network when downloading and installing the update so as not to interrupt the update process and not cause a crash or error. Also disconnect all other devices: speakers, flash drives, memory cards and more from your laptop. They may also be the reason for the failure of the upgrade.

If errors or malfunctions do occur, do not panic or try to fix it. Just cancel the update and after a while run it again. Enjoy your update.

For those who want to know more

Subscribe to our boring Telegram channel so you don’t miss anything.