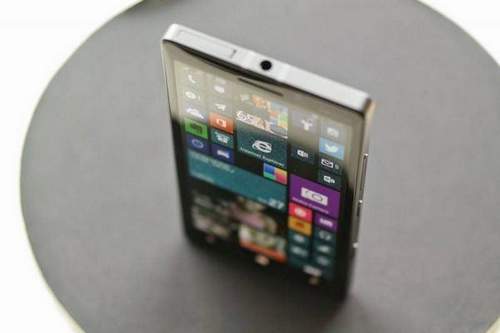 On April 14, 2017, with the release of the first build of Redstone 3 for smartphones, Microsoft officially announced the termination of support for many Lumia smartphones. In this article I will try to figure out why it happened, as well as what will happen to these smartphones next.

Most likely, Microsoft simply decided to get rid of older devices with outdated versions of firmware (firmware or drivers. There are quite a few names for this). They encountered some specific problems, such as screen flickers, which no one wanted to fix. In addition, the reduction in the model range greatly reduces the cost of development: you do not need to test updates on a large zoo of devices.

The official statement that Creators Update supposedly works poorly on unsupported devices now does not hold water. This seems more like an unsuccessful excuse for the following reasons:

#WindowsInsiders: we’re not going to ship something globally after getting negative feedback from you on it. To do so would be insulting.

I threw my stone into the Microsoft garden, now it’s time to figure out what will become of the now unsupported devices. Just note that in this article the wording “old lumia” refers to smartphones whose support has just been discontinued, namely:

Will the old smartphone receive cumulative updates for 14393

Yes, it will, and for quite some time. Your Lumia 930, like any other device from the list above, will receive cumulative updates 14393.xxxx at least another year. The system will gradually become truly licked, will work stably and quickly. This is exactly what happened with the even older Lumia (e.g. Lumia 925). They still get updates 10586.xxxx, in which all bugs are fixed, and with which the phones work very well.

The fact is that corporate users will switch to assemblies 14393 in six months. And these are not some fans. they need to provide a high level of service, so work on these assemblies will be rather painstakingly carried out for another year or two.

How to install Creators Update on old Lumia

If you want to install Creators Update, a review of which we recently published on your smartphone, in the next six months you will not have any problems with this.

Prior to the next major Windows 10 update, codenamed Redstone 3, setting up the old Lumia to get build 15063 will take about 3 minutes. Just go to Parameters. Update and security. Windows Insider and choose a ring Release preview. Creators Update will come to you almost instantly. Being in the circle of Release Preview, you will receive all cumulative updates for 15063 in the same way as officially supported devices.

After the release of Redstone 3, the situation will change. You can’t say exactly what exactly will happen, but most likely you will no longer be able to upgrade from 14393 to 15063, as was the case with second-generation smartphones after the release of the Anniversary Update in the summer. However, if you do this earlier, most likely you will continue to receive cumulative updates for 15063.

How to install Redstone 3 builds on old Lumia

On April 14, 2017, the first build of Redstone 3 for smartphones was released. To install it on an old smartphone, you have to dance with a tambourine. You need to make Interop Unlock and change some values ​​in the registry. details. in the instructions “How to install Windows 10 Mobile on unsupported smartphones”. You will have to follow these same steps to install the official Redstone 3 update at the end of 2017.

What will happen with the upgrade from Windows Phone 8.1 to Windows 10 Mobile

Ask other questions you are interested in in the comments.