TV Flashes And Does Not Turn On

Failures of television sets, like any electronics, can be caused by various reasons, which can sometimes be difficult to get to the bottom. Failures are prone to apparatus both new and used for a long time. For example, when you try to turn on the television, you see indicators blinking, you hear a click, but the TV still does not turn on and does not work. Different models of devices may have their own “symptoms”. The reasons why the TV does not work can actually be many. 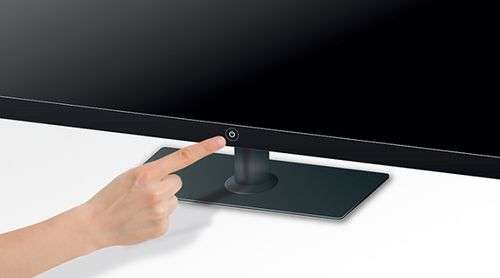 If the indicator is constantly on, it means that power is supplied to the equipment. When the TV cannot be turned on from the remote, it is worth trying to do this from the main panel on the TV. It is possible that the problem lies precisely in the DPU. If the equipment turns on, then you need to check the remote.

DPU batteries could be exhausted. When the LED on the emitter is bright enough and looks intact, it’s worth bringing the remote control close to the main panel and trying to turn on the TV. If this succeeds, the batteries must be replaced with new ones.

When the indicator is lit in red, then most likely the equipment is in standby mode. If the TV cannot be turned on at the same time, it is worth checking the operation of the main board. It is necessary to inspect all capacitors for swelling and, if necessary, replace them, after which make a control ringing of all elements with a tester. It will also be useful to check the power supply using the same multimeter.

If a short circuit occurs, or one of the burned-out elements leads to an AT24 memory chip (Eeprom, SpiFlash), then you will need software update. When software installation by the local interface is not possible, you will have to perform a flashing using the programmer.

If everything is ok with the main board, but the TV cannot be turned on, you should Check the power circuits on the system board. It houses voltage converters, DC-DC modules and other secondary sources. The first thing you need to find out is the stability of power in a given voltage range. Board diagnostics are carried out using a multimeter.

The display changes from green to red.

Having received a signal from the control panel, the processor instructs the executing elements to exit sleep mode and turn on the equipment, displaying the corresponding notification on the main panel. That is, the indicator changes color to green from red.

If the notification LED on the control panel switches back to red, it means that one of the circuits does not execute the given command. Here the problem may be in the inverter, which is not able to turn on the backlight, or in faulty power supply, blocking equipment startup.

In such cases, the processor switches to standby mode: the indicator lights up in red without blinking. For example, the processors of some televisions of the Sharp brand after five attempts put the system in full lock. That is, the TV cannot be turned on without resetting all parameters through the service menu or completely flashing the AT24 memory. Other models perform a self-test when they try to start until the cause of the malfunction is resolved.

The indicator is green, but the TV does not turn on

There could be a ton of reasons. Perhaps, logical processes were violated as a result of accidental blackout at the time of their execution. First of all, you should try to force update the software using the programmer. After flashing, the logical processes should return to normal.

Next, you need ncheck the performance of the main board: ring the main elements, make sure that the voltage is sufficient and stable, and also inspect the backlight details. If there is no image on the screen, but there is sound, then most likely the cause of the malfunction is the inverter or the LED unit responsible for supplying power.

Sometimes the motherboard blocks the reception and transmission of all signals to the controllers or sends the wrong commands, in which the matrix remains inactive. The latter may also be faulty.

Ultra-budget models are equipped with far from the most appropriate TCON chips. They receive commands from the controller and are responsible for converting signals for the LCD matrix. In some cases, a complete flashing of chips helps with an eye on the specifics of the main board of the TV.

When the LED is lit in a chaotic order: it blinks at a different frequency or goes out for a few seconds, and then turns on again, but in a different color, it is quite difficult to identify the cause of the malfunction. Need here full equipment diagnostics.

Better to start with the power supply, and then go to the main board, alternately checking all the elements of the circuit.

If the indicator does not light at all, then the problem is most likely in the power supply. It will be useful to check the TV’s performance without looking at the LEDs. It is possible that the latter simply burned out. In other cases, consider the following reasons.

There are times when the TV squeaks when turned on. When the whistle appears for a short time after switching on, this indicates a faulty PSU (power supply). This sound can be caused by capacitors that have lost capacitance. After some time of operation, the sound may become constant, which is a sign of an imminent breakdown of the power supply.

If the LG TV does not turn on and at the same time starts to squeak, then a more serious repair of the unit will be required. BBK, Sharp, Bravia, as well as Toshiba can also visit such a nuisance. A whistle may then be caused by a load in the secondary circuits due to:

When tube apparatus, for example, the TV player Vityaz or Rubin, often squeaks TDKS because of a cracked case. This can happen if the unit is used for a long time. Sound is caused by the discharge of a high voltage discharge to neighboring elements. If replacing TDKS is problematic, then you can try to fill the problem area with epoxy-based adhesive.

The TV does not turn on for a long time

After some time, the Philips TV may start turning on more than once. It takes 3-4 minutes to turn on the telly, and attempts can be from 10 or more. In this case, as soon as the image begins to appear on the screen, it emits a click and shuts down. Such symptoms are inherent in the apparatus of Sharp, Thomson, Rubin and Daewoo. When the TV clicks and does not turn on, it speaks of power supply capacitor malfunctions. After turning on the power, due to the insufficient capacity of electrolytes, the Philips PSU goes into defense.

Read more:  How to turn off iPhone XR

The device is blocked after turning on

The lock pattern can often be seen on a Toshiba TV, and it doesn’t matter if it’s an LCD or plasma TV. This happens as follows: after 3-4 seconds, the switched-on unit goes into shutdown and is blocked, and a circle starts to burn in the upper left corner, and the TV does not show. To solve the problem of why the TV does not turn on, you must first measure the voltage on the system board. If the indicators are normal, it remains only to do firmware flashing.

When you turn on the TV, you see a SmartTV screen saver on the screen, while the indicator blinks 5-6 times and the device freezes. After that, the Samsung TV does not turn on either from the remote control or from the panel. There is a response only when you press the shutdown button on the remote control (the red indicator blinks), but the telly does not even think of turning off. What to do? Then the only thing you can do is de-energize the unit.

Sometimes the TV does not show due to a malfunction in the software shell. It will require flashing it in the service center. In rare cases, such symptoms can be observed with a CPU malfunction, or rather, its memory module.

The unit spontaneously shuts down or turns on

Such strange behavior was seen in the Rubin TV sets. The device may spontaneously stop working after a certain period of time. Or vice versa, the TV turns on without any participation. The reason for turning off the device may be faulty power management board. Also, the failure of the control board cannot be ruled out. Spontaneous inclusion of the Rubin television receiver, may be:

Sharp TV receivers also notice spontaneous switching on, after which it turns off, and the indicator starts flashing red. The damage is the same. Power supply or power board.

Most of these malfunctions, in addition to repairing the console or replacing it, as well as checking the power cord, should be addressed by qualified personnel. To do this, they have the necessary knowledge, tools and diagnostic equipment. You can learn more about other malfunctions of TVs that are being self-resolved from our article on TV repair.