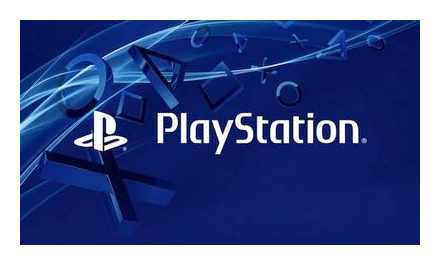 Games were presented both from internal studios, SCE Worldwide Studios (SCE WWS), and from third-party developers, as well as announced a software update for the Playstation 4 System Software Update 2.0, which will add a number of new useful features.

Share Play, a key change in the system, will allow players to invite friends to participate in games that they may not yet be able to play, for example, to complete a difficult episode or to play together in multiplayer mode.

The exhibition showcased new exclusive games for Playstation 4, including first-person horror Until Dawn ™, where players can create a unique interactive story, and the open-world adventure game WiLD, from the new studio Michel Ansel Wild Sheep Studio. Also featured were exclusive games such as The Tomorrow Children ™ from industry veterans. Q-Games, Alienation from Housemarque, Tearaway ™ Unfolded, an updated version of the award-winning Playstation®Vita (PS Vita) game, The Vanishing of Ethan Carter from The astronauts, two games Hollow Point and Rune Master from Paradox Interactive, Hell Blade from Ninja theory and PT from 7780s.

In addition to plans to update the catalog of games, the company SCEE also announced the start of sales of Playstation®TV, which will start in Europe from November 14 at a price of 99 euros.

Much of our own press conference SCEE was dedicated to reaching out to players. So, in addition to demonstrating the latest moments from games on the Playstation 4, the topic of creating games was touched upon. Jim Ryan, President and CEO SCEE, began his presentation like this: “We at Playstation have always taken the European market very seriously and admired the ability of Europeans to embrace the most original, unusual and amazing games.“.

Playstation’s enthusiasm for new content was shared by both third-party developers and publishers, who introduced games like Destiny from Bungie and Activision, Day Z from Bohemia Interactive, Shadow of Mordor from Warner Bros. Interactive and Metal Gear Solid V: The Phantom Pain from Konami Digital Entertainment.

Since the focus of Playstation is on the players, at the very beginning of the press conference, information on the most anticipated games from SCE WWS, coming in the next six months:

Playstation has once again showcased the imagination of developers around the world, highlighting their willingness to harness the potential of Playstation 4, expand horizons and offer new experiences.

Dylan Cuthbert from the illustrious studio Q-Games kicked off its presentation of a whole line of exciting games, showing the first trailer for the new fantastic game The Tomorrow Children:

The Disappearance of Ethan Carter Trailer

Mike Bitell, Independent developer and creator of the critically acclaimed game Thomas Was Alone, has released a new video of his latest work, Volume, which is coming to Playstation 4 this year:

Eight more indie games will also premiere on Playstation 4. SCEE demonstrated the fruits of cooperation with a wide variety of companies in the games industry:

As the heart of the Playstation system, the social features of the Playstation 4 could not fail to be mentioned during the conference. SCEE announced a software evolution that introduces revolutionary new ways to interact with the community of players around the world:

The following feature was also announced:

SCEE She also spoke about her plans to expand the Playstation family in European markets in the coming months:

presentations Michael Denny talked about two new games developed in Europe that will be released exclusively on Playstation 4:

Also at the conference in the mode live Introduced a survival / adventure game WiLD, which offers players unlimited online interactive experiences in a vast Celtic landscape 10,000 years ago.

The processor in this modification will be more powerful and maintain a clock speed of 2.1 GHz, which will speed up the console by a third. The power of the graphics core has more than doubled, and its clock frequency has increased by more than a hundred megahertz. In addition, the throughput of the RAM was increased by a quarter, which is also important. Plus, an additional 512 MB of memory was allocated for games. All this made it possible to raise the image resolution to full-fledged 2160p. The updated console is scheduled for release in October 2016.

As you can see, there are enough changes. If we compare the standard set-top box and the Playstation 4 Pro, the characteristics of the latter are significantly higher than the original, especially the visual component. In addition, the pro version boasts an additional USB port on the back. The new console is scheduled for release in November 2016.

In addition, the new joysticks are different. An important update was the appearance of the Share button, which makes it possible to share the best moments of your game with friends and acquaintances or stream the game in real time.

Key features of the console

Let’s take a closer look at the console: what is the Playstation 4? The characteristics of the new console correspond to all modern realities and even slightly exceed them. Here are the basic data:

In short, the new console has everything that even the most sophisticated and demanding player needs.

The Playstation 4 comes with an updated Playstation 4 Eye camera with external dimensions of 186 x 27 x 27 mm. Its characteristics are also quite worthy of respect:

And this is not all the innovations, there are incredibly many of them. If you list them all, then this article is not enough. You can learn about additional innovations of the software plan in the second half of the article.

If you want something special, then today there is a fairly large number of various customized models of consoles, among which you can choose any, everything depends on what you like best.

After the resounding success of the Playstation 3, which was released by the world famous Japanese company Sony back in 2007, everyone was waiting for the continuation. And now, after six long years of waiting, the Japanese gave birth to a novelty. the fourth generation Playstation 4. The characteristics of this model exceeded all expectations, and at the time of its release the console had no analogues or competitors. This allowed sales of the set-top box to skyrocket to unprecedented heights, which brought serious profits to the manufacturer.