The iPhone 11 is the successor to the compromise iPhone XR. This means the iPhone 11 Pro takes over from the iPhone XS, becoming Apple’s leading flagship in 2019. 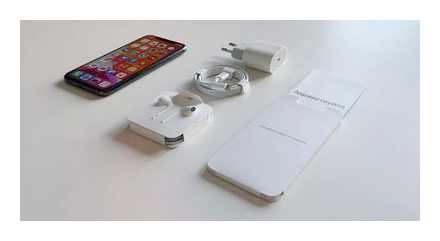 The package includes a smartphone, stickers, documentation, paper clip, EarPods and adapter cable. The adapter is now 18-watt, and the cable is with a USB Type-C connector. Apple fans have been waiting for a long time to replace the usual 5V and 1A charger, and it happened.

The impressions are about the same as from the displays of top-end Samsung: the iPhone 11 Pro also has some of the best screens. When comparing head-to-head with the iPhone XS, qualitative changes are visible: the 11 Pro displays colors more correctly at an angle and has a slightly larger margin of brightness.

The main change concerns brightness: Apple claims it has grown to 800 nits. Text on the iPhone 11 Pro’s screen is easy to read even in bright sunlight and can only be lost in direct light. For comparison: the iPhone XS screen, which already had no complaints about the brightness, produced 625 nits.

Read more:  How to Recover iPhone Without Data Loss

True Tone, which adjusts the color temperature to the environment, and Night Shift, which makes the image warmer for sleep, remain in place. Always On Display, which many have been expecting from new iPhones, has not appeared.

The sound has become noticeably better: louder, cleaner, more voluminous. When listening to music, it can be compared to the sound of a simple Bluetooth speaker; when watching a movie, it can create a believable sense of space. Well, relatively plausible: after all, we have a gadget in our hands, not an audio system.

Successor to iPhone XS with new processor and frosted glass on the back.

The first thing that catches your eye is not even a new camera unit, but glass on the back. It is matte. At the same time, the Apple remained glossy, like on the iPhone of the early, “aluminum” era.

The surface of the new iPhones looks pretty and reminds the wearer that it is not last year’s iPhone XS, but the new flagship from Apple. The problem with greasy spots was also solved: the panel is absolutely non-marking.

The glass of the iPhone 11 Pro is not at all the gloss of the latest iPhones or the aluminum of earlier models, but something in between.

iPhone 11 Pro is sold in four colors: space gray, silver, gold and dark green. Older colors look a little different due to the matte back.

But the new dark green color, despite the expected popularity, seems inconspicuous and looks a bit like a “gray space”.

This is a dark green iPhone 11 Pro. The nuances of color are rendered so subtly that it is harder to capture them than to see. the smartphone looks like just black

Read more:  To Return The 2007th Original Iphone Compared With The Iphone 11 Pro In Terms Of Photography

Let’s move on to the main external innovation. three cameras arranged in a triangle. It is clearly prettier live than on the first renders. However, when the screen is horizontally oriented, the telephoto lens, which is located in the center, constantly gets your finger, and greasy spots can affect the quality of photos. Also, dust sticks to the new camera block.

“Ten” and subsequent models staggered noticeably when pressing the corner of the smartphone when it lies on a horizontal surface. The increased area of ​​the camera block slightly compensated for this backlash.

Also in the range of Apple there are transparent cases for new models. They are not made of silicone, like some other brands, but hard plastic. However, with it, the smartphone still loses some of its charm. And the cover noticeably slows down the side buttons.

In terms of ergonomics, nothing has changed. this is the same iPhone XS, which is ten grams heavier. It is weighty and fits well in the hand, and is also narrower than most of today’s flagships. Feels like the vibration response has slightly changed. The arrangement of the buttons remains the same: the power key is on the right, and the volume key is on the left. Above the last one. the toggle switch of the silent mode.

Disclaimer: Information collected from different top relevent websites. It is tried to keep the information correct.
If you find anything wrong email us [email protected]

Apple iPhone 11 Pro Media Queries (In terms of Mobile only)

Retina is actually based upon device pixel ratio. Devices mostly have 2x or 3x display so you can use general retina media queries to display high resolution content on all kind of devices. Retina 2x and Retina 3x media queries given below:

How To Shoot Cinematic Video on iPhone 11 Pro Max!

“Pixel” is smallest unit / element of any display.

The total number of pixels that fit into an inch is referred to as “Screen Density” or “Pixel Density” and it measured as “Pixels Per Inch”.
Pixel Desnsity have limits to display Pixels Per Inch depends on different screen sizes. When number of pixels per inch increases than it’s screen-size limit, the Display resolution will increase but actual device width / height in pixels remain same. Actual device pixels are known as Device Independent Pixels or CSS Pixel Ratio.