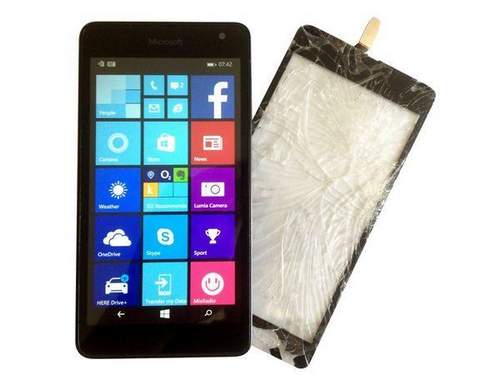 There are several types of screens.

The screen version is printed on a loop. Be careful when buying.

Use a Torx T4 screwdriver to unscrew the 9 screws marked in the photo.

We draw along the perimeter, opening the latches.

You can use the tool to disassemble the housings to disconnect the connectors.

Remove the two Torx T4 screws marked with circles in the photo.

Remove the main board from the chassis.

And on the reverse side 🙂

Remove the rubber from the display loop.

Stick a few strips of scotch tape on the screen, so as not to have problems with small fragments.

Heat the screen with a hairdryer well.

Use a paper knife or something with a sharp edge to separate the bottom of the touch screen from the display. If both the sensor and the display are damaged, then you can simply remove the entire display and not detach the sensor.

Then use a plastic case disassembly tool to separate the entire touch screen.

Be careful and do not use extreme force. If necessary, heat the touch screen again.

With a plastic tool, carefully remove the display.

Clean the body of adhesive tape and glue.

It’s better to clean it well;)

Put the display back into the case.

If there is no adhesive tape on the new touch glass, then stick 2mm around the perimeter.

Glue the new touch screen to the display and start assembling everything in the reverse order.