Scan And Remove Viruses From Your Android Tablet 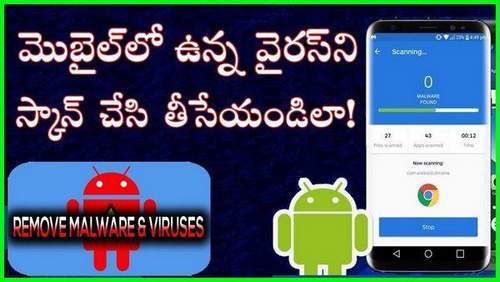 Virus programs have attacked user devices since the beginning of the development of computer technology. With Windows, virus creators turned their attention to other systems, including Android. Numerous viruses, from the relatively harmless distributors of advertising and spam to the thieves of money from phone, card and wallet accounts, are written every day, and today they take such forms that at first glance it is impossible to even distinguish the interface of a malicious program from its own account. With the widespread introduction of SMS banking, it is not surprising that user passwords from personal accounts have become a frequent target of “invaders”.

Scan for viruses on your Android tablet.

Regardless of whether viruses are aimed at stealing funds or are simply pests of the system, their removal is sometimes not an easy task. Antivirus programs are not always able to save from a virus attack, even if a virus was detected, not every protection software can eliminate or deactivate it. In addition, regular updating of databases is required, because virus developers do not sleep, using new methods of bypassing protection and authentication, intercepting passwords, disabling antivirus operation, etc. All systems are, in fact, more or less vulnerable, and helps viruses To settle on the device is often the user himself.

Attackers use different methods to force the user to download the virus software themselves, attracting them with “free cheese” or stirring up interest in other ways, which is why the infection is most common as a result of the actions of the device owner. Common causes of infection are:

It is not necessary that the virus programs have the extension “.apk” and are registered in the download folder, where they are easy to find and neutralize. There are many modifications of viruses, the most insidious of them can hide under the guise of system processes and files, as well as useful applications and it is difficult to find a well-masked pest.

By the way, in most cases, the installed antivirus still warns the user about a possible danger, but not everyone copes with the desire to download something, if you really thought about and left the page. In addition, the security software often takes hacked applications for malware, so many ignore the defender’s abuse, still downloading files. Well, who doesn’t want to get cracked programs with features that are available only in paid versions of the software for free? Many users sin by downloading unofficial applications and interesting “goodies” at the risk of causing trouble on the device’s system, which is successfully used by attackers.

Read more:  How to Recover Video on Android After Deleting

Often the user immediately understands when the system caught the virus, but in some cases the pest does not manifest itself for the first time. In addition, often users are not very attentive to what is happening in the device’s system and, until traces of wrecking are detected, enough time will pass for the virus program to succeed. We will figure out how to determine if there is a threat from parasites and what to do if a tablet or smartphone on Android still caught a virus.

Symptoms of a virus infection of an Android device

Virus programs manifest themselves in different ways, depending on their purpose, and if you observe one or more signs of their activity on your tablet or smartphone, urgent steps must be taken to get rid of the “infection”. The following phenomena can indicate the presence of a malicious program on an Android device:

If there is even the slightest suspicion of the presence of virus programs, or even the device “lives its own life”, you must immediately check it for viruses. Next, consider how this can be done.

Checking the device for viruses

Versions of Android above the fourth have a built-in scanner, which in some cases allows you to detect virus threats, so if a standard tool is available, for starters it will not hurt to launch it. Other verification options are more effective and, if the case is severe, you can try each of them.

Using third-party antiviruses. How to check Android for viruses through a computer

A convenient and effective way to identify threats is to scan the tablet for viruses through a computer. Since the antivirus can also work with devices and drives connected to the PC, it scans Android directly from the computer without installing directly on the device. To do this, you need to perform the following steps:

Read more:  How to Remove a Battery from an Acer Aspire Laptop

The protection software on the computer must have fresh anti-virus databases in order to neutralize even new virus modifications as efficiently as possible.

The easiest way to quickly find out whether there are malicious programs on Android is to check the device using the online services designed for this purpose. They allow you to scan the device in real time. To do this, select the files and start the scanning procedure with the corresponding start button. After some time, the scanner will produce results. Among the good online antiviruses are ESET Online Scanner, Kaspersky Online Scanner, VirSCAN. Some services require automatic removal or quarantine of the virus, while others only detect, then you will have to delete it manually already.

How to avoid problems and save the system

Antivirus services are not always able to cope with the pest that has settled on Androd. In cases where it is not possible to get rid of the problem after scanning the device, you can eliminate the threat yourself.

Owners of root rights can use more advanced features by performing actions to delete any, even system files. Having administrator rights will help eliminate system parasites, but inept use on the contrary will lead to system failures. In addition, the changes made may not allow the device to start at all, because it is not without reason that by default, developers restrict the user in these capabilities. With superuser rights, you can delete any elements, also viruses, using the file manager. Many malicious programs that have the “.apk” format are located in the system / app system folder.

How to clean your tablet from viruses in safe mode

If you can’t get rid of the virus program in the usual way, you can try to do it in safe mode, since in this case only the basic functions of the system will be launched without third-party applications. Usually, safe mode is turned on by the power button, which is held until the corresponding inscription appears, suggesting the device is in this state, after which it is necessary to confirm the action. In safe mode, you need to scan the system with antivirus software or delete infected files yourself if you have root-rights and already know the location of the source of the problems. To return to its normal state, the device must be rebooted.

Read more:  How to Overlay Video On Video On Android

How to remove a virus from a tablet via PC

It is possible to remove a virus from Android through a computer using the PC anti-virus or using the file manager for Android-based devices. If, after diagnostics, the defender could not cure or eliminate the virus software, you can use Android Commander. By launching it on a computer, you can access the device information and perform various operations with them (moving, copying, deleting, etc.), for the most advanced access, you will need to obtain root rights and activate debugging via USB (“Settings”. “System”. “Developer Options”). Next, you must do the following:

If the tried and tested methods did not work, there are guaranteed, but extreme ways to get rid of virus software on a tablet or other Android device:

All these methods allow the device to return to its original state, as when purchasing it, and all user data will be deleted along with viruses. Before any of the procedures, it is better to copy important data to another medium.

How to protect your system from malware

Observing the following recommendations, you can avoid getting virus programs on the device in the future:

Always get rid of viruses in a timely manner until pests inflict irreparable damage to the device and your wallet, but rather, prevent their occurrence by observing the necessary safety measures, then the risks that parasites can disturb you and your gadget will be minimized.