The smartphone has four main cameras. Unlike its older brother Redmi Note 8 Pro, the Note 8 has a weaker main camera and this smartphone is no longer considered a camera phone. However, it is also suitable for photography. The main 48 MP is the usual Sony module. The rest of the sensors are 8 MP 2 MP 2 MP with support for wide-angle shooting, double optical zoom and determining the depth of field to blur the background. Front camera 13 MP. Redmi Note 8 takes great photos for its price, but it has plenty of SIMilar competitors like Redmi Note 7 Pro, Xiaomi Mi A3, Honor 9X, Samsung A50 or Meizu 16Xs.

The exterior of the Note 8 is SIMilar to the previous model, but with significant modifications. There are now four cameras and they are located on the side in the frontal unit. The fingerprint scanner is still in the back center. There are almost no interesting changes in the front. The front camera is located in a teardrop notch, and the bottom has a thickened frame, which, by the way, has become smaller compared to the seventh laptop, but still large enough not to notice it. It is not clear why, but the company decided to make the inscription “Redmi” in the lower frame, although earlier this was only in the super-budget line of Redmi 7A. 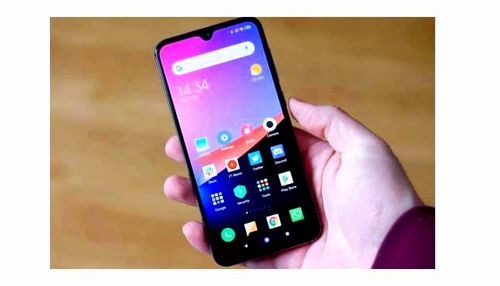 The body materials have been improved, now the smartphone consists entirely of glass and aluminum without the use of plastic. The back cover is made of tempered Corning Gorilla Glass 5 and the bezels are made of metal. The front glass is also tempered and with 2.5D curves. There are three colors available: black, blue and white. Blue has an iridescent S-shaped texture (SIMilar to Xiaomi Mi A3 or Realme 5).

The Redmi Note 8 is powered by Qualcomm’s Snapdragon 665 platform, a new mid-range chip for any task. He is not fast and powerful, but his strength is enough for full-fledged work or games. The Snapdregon 665 is perhaps the ideal processor in terms of value for money. But you shouldn’t expect from it very fast performance, like the Snapdragon 710, and high graphics settings in popular games.

Most of all, Redmi Note 8 disappointed in terms of communication capabilities. This smartphone does not have NFC and a missed notification indicator, which is sorely lacking to be considered the best smartphone for the money. Competitors, by the way, already have NFC for that kind of money. Otherwise, there is everything you need. There is a headphone jack on the bottom, an infrared port on top for controlling equipment, and a fingerprint scanner on the back. SIM tray supports MicroSD up to 128GB.

The smartphone has double-tap wake-up, display capture, a convenient screenshot editing system, a minimalistic desktop, and so on. One of the best skins for Android right now.

Read more:  How to Change the Lock Sound on Xiaomi

Redmi Note 8 is a typical budget smartphone from Xiaomi with everything you need for the minimum money. It does not have a top camera, no powerful processor or extreme autonomy, but it does have it all, but little by little. With this smartphone you can do everything you need to do on a smartphone, including multitasking and gaming. It is suitable for everything, but not perfect anywhere. The only major drawback is the lack of NFC. It’s better to take a closer look at the upgraded Redmi Note 8 Pro. It has NFC, a powerful gaming chip and a 64 megapixel camera, and it costs 55 more.

The Redmi Note 8T uses one speaker. On the manufacturer’s website, these phrases are: “Superlinear speakers 1217, Smart PA amplifier. Equivalent to a 0.93-cm³ sound chamber. ” The main thing is that everyone can appreciate the volume of the sound chamber. Is that so? 🙂

The speaker does not play very loudly, but its quality is just excellent: in some moments even low frequencies are heard. In general, the frequency range is pleasantly surprising: from 100 Hz to 15 kHz.

This model has a 3.5 mm headphone output. Therefore, you can check the quality on any headphones.

And again, I am pleasantly surprised: Redmi Note 8T pumps Bose QC35 to the maximum. It has very deep lows, nice mids and excellent highs. Over the past couple of years, this particular smartphone model has been able to convey the sound picture that I like.

For the first time in many years of testing smartphones, I saw a double microphone hole. Usually either one or 3, 4, and so on. The two holes look odd. Next to them is a 3.5 mm jack, and to the right are USB-C and a speakerphone.

On the right is the power button and volume rocker. Small in size, with a clear and confident stroke. On the left is a non-combined SIM and memory card slot.

Above is an additional microphone and IR transmitter. I consider the last element an atavism, but apparently Xiaomi still has stocks of these sensors. Let them “mold”, we do not mind.

On the back there is a large module with 4 cameras. They didn’t try to beat him in any way or make him smaller. It seems to me that it was possible to mount this module more gracefully into a case with a thickness of almost 9 mm. However, I began to forget that.

Read more:  Xiaomi AirDots How To Insert In Ear

The front panel has a selfie camera and earpiece on top. The speaker is not very loud, but it sounds clear, without any extraneous sounds.

Here I will highlight only the main things:

There will be no comments here: a typical set of parameters for this type of device. Communication quality does not raise questions.

Before writing a review, I decided to refresh my memory on the Xiaomi models. Oh, how I do not envy potential buyers, because they are faced with a very difficult choice: the same model can be presented in several versions, and the difference is literally reduced to trifles. Even worse, there are Xiaomi and Redmi smartphones on the Russian market. Some have the Note series and the Pro, T consoles, and others have everything the same.

For example, do not confuse Xiaomi Mi Note 10, 9T Pro with Redmi Note 8T, Note 8 Pro and so on. In general, tin, not naming: “It should be SIMpler! Easier! Happiness is SIMple! “.

Actually, what am I talking about? At the end of 2019, a model called Redmi Note 8T was introduced. The company itself is positioning it as an affordable camera phone. I see her as a real fighter for the “best smartphone under 20,000 rubles” award. The new product was installed with everything that users wanted: here’s a Qualcomm Snapdragon 665 chipset, 4 GB of RAM and 128 GB of memory, in addition to 4 cameras with a “width”, “macrik” and a 48 MP depth-of-field sensor, and a 4000 mAh battery and NFC. Yes, I forgot to say that the device is equipped with separate slots for two SIM-cards and a memory card!

Read more:  How to Get Ruth on Xiaomi Redmi 4x

Naturally, the Redmi Note 8T runs on the Google Android operating system version 9 with the MIUI 10 proprietary shell. You can read its review at the link below.

As soon as I finished the review of Vivo V17, they gave Redmi Note 8T, which can be considered a more affordable analogue. Even the cameras are the same here:

Plus Redmi lies in the autofocus macro camera module. God knows not what, but taking a photo will still be easier. In addition, the Note 8T can record 4K video.

What’s with the main camera? Shoots very well in all lighting conditions. There is little noise, almost no artifacts. Indoors, detail drops, but the picture does not deteriorate much. What pleased me most was the natural colors and the accuracy of the white balance. Below you can see the comparison with Vivo V17. The comment is as follows: the pictures on Redmi have better detail, less contour sharpness, more natural colors; Vivo’s indoor shots make the picture more colorful.

Macro photos are the same plus or minus, but Redmi has autofocus, which will help you more accurately “catch” focus. As you understand, there is almost no sense from 2 MP frames, since it is easier to take a regular 48 MP picture and “crop” to the desired size. Below is an example. Note that the crop is from 48MP and is slightly more detailed, and better in dynamic range and color.

I liked the 4K video: the picture is clear, the colors are pleasant. Getting a smartphone for 14,000 rubles that can make 4K videos is cool. The wide-angle camera writes FullHD. The image is good and stable. By the way, you can still record macro video, but here the resolution is only HD.

If you want the smoothest video possible, then switch to FullHD 60 frames. There is a slow-motion video of 240 fps.

The front camera is of high quality. Nice and accurate colors again. At night, the smartphone screen acts as a flash. Video writes in FullHD resolution.

Total: Redmi Note 8T in terms of photo and video quality made me extremely happy.