Noise Fan On Computer What To Do 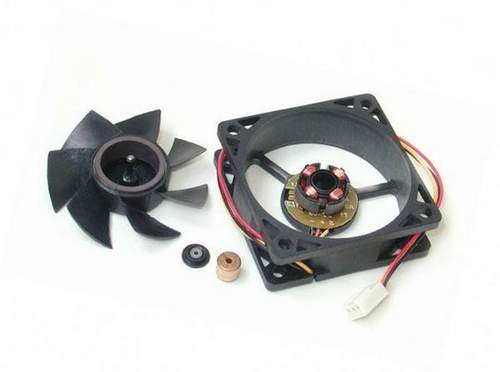 The first reason is the dust settled on the cooling radiator

The second reason is the wear of the fan itself

Fan noise due to settling dust on laptop heatsink

As a rule, the cooling fan is connected to the radiator, which in turn is in contact with the cooling object through a layer of thermal paste. In such cases, dust deposited on the cooling radiator is source of fan noise.

Noisy fan on a laptop. Why is the fan rustling?

Inside a personal computer (system unit), there are many different fans (how to find a fan that is noisy, we will look at it below), you can’t say about a laptop whose cooling system is designed so that one fan cools all devices at the same time (I don’t I had to see a laptop with several cooling fans in the case).

Read more:  How to Transfer Photo to Computer

The internal devices of the laptop are cooled using a fan and a heat pipe, which is tightly attached to devices that need cooling for stable operation (such as a processor, graphics chip).

Perhaps earlier, when your laptop was new, you didn’t notice how the cooling cooler works, but over time, the dust that settled on the radiator honeycombs cannot let the air flow through itself in full, and the fan has to “strain” to maintain temperature of devices, by increasing the speed of rotation thereof.

Over time, the fan noise may increase, and if you do not clean the cooling system of the laptop from dust in time, you will have to carry it to a laptop repair service center. And believe me, the cost of repairing a laptop will be several times more expensive than a preventive dusting.

The fan in the system unit is noisy. How to find a cooler that is noisy.

In the case of the system unit, it would seem simpler, there is no need to disassemble it as in the case of a laptop (apart from removing the side cover of the case), but there are many fans inside and it is more difficult to determine which fan makes noise. But do not despair, a cotton swab will help you if you are afraid to stop the rotating cooler with your finger.

To do this, turn on the system unit with the cover open, and in turn stop the fans in order to install a causal fan that makes an increased sound during operation.

The computer cooling system is similar to the laptop cooling system in that the cooler is installed on a radiator, which, in turn, is attached to the cooling device through thermal grease. And the dust settled between the radiator and the cooler can also be source of increased fan noise.

To eliminate noise, clean the radiator from dust and lubricate the cooler. For lubrication, use silicone grease or household machine oil, in no case use sunflower oil, it is not intended for this purpose.

If after cleaning the radiator and lubricating the fan, it is still noisy, then replacing the fan is inevitable.

When the cause of fan noise is fan bearing wear, replacement of such a fan is inevitable. A fan is worn out, a loud noise is characteristic, which is accompanied by wear of the bearing, a radial runout of the impeller against the elements of the cooler body appears. No need to wait until your fan stops, such a fan should be replaced.