No Image On Computer Monitor 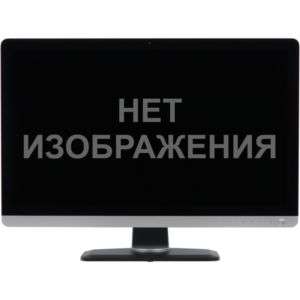 Personal computers, like any other equipment, tend to fail. Since the standard desktop is a complex hardware system, the failure of at least one element leads to a disastrous result, since you cannot use the computer until you repair it. The problems are of a very different nature, and they also contain a variety of reasons, we will talk in more detail about the situation when the computer turns on, but there is no image on the monitor. This problem scares many users, but in reality it is not as scary as it might seem initially. In general, seeing a dark screen in front of you, many begin to think that everything is broken and you have to buy a new system unit and monitor, but this is not so. Now we will analyze in detail the solutions, as well as the causes of this problem.

What to do if the computer turns on, but there is no image on the monitor?

So, in such a situation, the main thing is not to panic, since you can fix the desktop yourself, without having any special skills. First of all, you need to figure out the source of the problem, you can do it in different ways, ideally use a donor computer from which you will take various parts to check the operation of components from your PC. So, it is necessary to check the hardware in a certain sequence, which we will now describe. In approximately the same order, they make diagnostics in various service centers, therefore this is the most optimal way to solve such a problem as the computer turns on but there is no image on the monitor.

Often the reason why the computer turns on, but there is no image on the monitor is a problem in setting up the BIOS. It is solved quite simply by completely resetting its settings to the factory settings.

But how to do this without using a monitor? The answer will surprise you with its simplicity! You just need to get to the motherboard of your personal computer, on it you will find a small, round battery. Surely you saw something similar on the watch or on other devices, and so, you need to pull it out. When you pull it out, literally for 5 minutes, all saved settings will be reset, since when disconnected from the network, the BIOS uses the battery power to save them. The solution is also quite simple, but few people even know about the existence of such an element as a BIOS battery.

So, for each configuration of the system unit, there are their own checks on the performance of the card.
For a discrete graphics card. In this case, it will be quite simple for you to determine what the problem is. If you use a separate card, and also connect a monitor to it, you can easily check its performance. There are many ways, one of which is to check the operation of coolers on a graphic chip, but there is a more proven option. So, connect the monitor directly to the motherboard, on all boards there are special connectors that allow you to use the integrated graphics. The integrated card is a graphic chip that is built into the processor itself, all Intel processors use this technology, as well as modern representatives from AMD (in particular, the Ryzen series). After you connect the monitor directly to the motherboard, you need to disable the discrete graphics card. Now you can turn on your computer, if the problem was in the card, then the computer image will start working again.

What to do if there is no discrete graphics card? In this case, you will kill two birds with one stone, first of all: check the operation of your processor, as well as the integrated card. It is worth noting that processors rarely cause a breakdown, but still verification will not be superfluous. Try to find a similar processor from friends, if this is not possible, then remove the cooler, and then try to clean the processor. Take a damp cloth and wipe the top of the silicone chip, it probably left dried up traces of the old thermal paste. After thoroughly cleaning it, put a small drop of fresh thermal paste and evenly distribute it. Now you can return the cooler to its place, do not forget to connect its power. If the problem is not resolved, then the processor is unlikely to be a problem, so go to the next diagnostic step.

Read more:  Usb Ports Do Not Work On Laptop Hp

You again have to deal with the motherboard, open the system unit, after which you will see one or more small boards installed perpendicular to the motherboard. These are RAM rams, you may have several of them, since a large number of motherboards support multichannel operation. You need to remove each of them, this is done quite simply, since each die is held on the side latches, just pull them off. After you get the “RAM” proceed to clean it. Take a regular paper eraser and wipe the pins on each of the dies with it. Do this gently and carefully so that dust and oxidation completely disappear from the die. Also, remove the BIOS battery so that the settings are probably reset. After that, return the die or dies to their original position and secure them. Wait about a minute and turn on your desktop, maybe the problem will be solved.

Many save when assembling a computer, so installing mediocre power supplies is a very big mistake, because without a reliable and high-quality power source, the system will not work properly. Often, PSUs from Chinese manufacturers have fake certificates, as well as untruthful declared power. There are two ways to check the functioning of the power supply:

If you installed a new PSU, after which a problem arose that the computer turns on but there is no image on the monitor. Use online calculators, you enter into them all your components, as well as the number of coolers used. Then they give you the result. The power of the PSU, which should be enough for such a system. If you bought the Chinese version, then you can safely divide its power by 2, since the declared indicators differ significantly from the real ones, which was proved by a large number of tests conducted by various bloggers.

It’s important to know! Many people who do not deal with technology and are not particularly versed in the operation of personal computers do not know that there is a special switch on the PSU, it turns the device on or off. Perhaps you accidentally hit him with your foot or someone switched it to the “0” position. The problem is very stupid, but believe me, there have been cases when the essence was exactly that.

In general, low-quality power supplies regularly fail, so try to take high-quality, proven options, you can get acquainted with a list of such ones by looking for information on the network.
If none of the above methods helped you and all also the computer turns on but there is no image on the monitor, there is a possibility that the problem is not with the hardware of your personal computer, so try to check the following aspects of work. It is worth noting that these are rare problems, but they nevertheless happen, for the most part they have little to do with the work of the PC.

Check the outlet to which you connect your personal computer and monitor, the contact may be weak or it may just periodically go away. Try to insert another device into it or connect your desktop to another power source.

If your desktop is connected via an extension cord, just in case, check it, there may be a problem that prevents you from working normally lurks in such a trifle.
Uninterruptable power source.
If you care about the safety of your equipment and use similar devices, in order to check, try connecting directly. A UPS is also a technique that can fail at any moment, for a variety of reasons. Therefore the reason that computer turns on but no image the monitor may have a malfunction of a related device.

There are minor bugs in the system when a connected peripheral device has big problems with loading. Such defects are corrected by disconnecting all devices or by using other ports on the motherboard. Errors are of the most varied nature, this rarely happens, but nevertheless, there is still a small probability, perhaps it is you who have such a marriage. If the computer is working, try alternately connecting the keyboard, mouse, headphones, and all kinds of adapters to identify a problem device that interfered with the normal start of work.

If you have never cleaned your computer, then it will not be superfluous to finally engage in its full cleaning. Perhaps coolers clogged with dust because of what they simply do not spin. Or, any contacts leave due to the abundant amount of dust lumps. To do a thorough cleaning you need to get a brush, napkins, and also an eraser. If desired, you can additionally use a vacuum cleaner, as well as various optional accessories like a bolon with compressed air and the like. Completely disconnect all accessories from the motherboard and do a full cleaning of your personal computer. Disassemble coolers on a discrete graphics card (it is worth noting that if you disassemble components you automatically lose warranty service). Remove cooling from the processor, as well as disassemble the power supply and clean it from the inside. If you do not know how and what to disassemble, watch tutorials on the Internet, of which there are now quite a lot.

A fairly common problem that many users of personal computers encounter is the lack of an image on the monitor screen, despite the fact that the system unit is functioning at first glance absolutely normal. The article will discuss how to diagnose without the help of specialists, which components of the device must be checked and how to solve the problem.

The article deals with a specific situation when the processor starts up standardly: all indicators are on, all fans are working, a characteristic post-signal has passed, after which the operating system starts up, but the monitor does not produce any image. The check must be carried out in a certain sequence, since there are more common causes of problems and vice versa.

Read more:  How to Clear RAM on a Computer

Usually, all the procedures described in this article, when carried out sequentially, help to cope with this problem. The main thing is to follow the instructions, since any little thing can actually block the signal to the monitor. If the problem is not solved, then you should contact the service center, as Repair work must be carried out by specialists. Naturally, if this does not concern the repair of an electric cable, which can be performed by any technically savvy owner.