recently, on the official website of Xiaomi, a new external battery Mi Power Bank 2C appeared, costing 129 yuan (about 1100 Russian rubles). Called by the developers of “Xiaomi Mobile Power 2C 20000”, the device has become a classic representative of the third generation in its class. 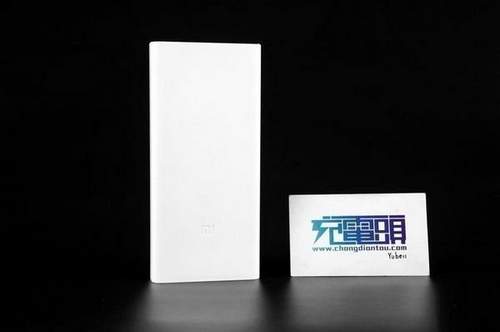 Looking into the past, we note that the first generation of external batteries from a Chinese company received a single-chip TI BQ25895 solution with a one-way fast charge function. However, the input for the charger received a voltage of only 5 V. The cost of such devices was fixed. 149 yuan (about 1300 rubles).

Xiaomi’s second generation of mobile chargers uses the TI BQ25895 TI TPS61088 bundle and the two-way fast charge function. The cost of an external charger is also set at around 149 yuan.

The latest third-generation Mi Power Bank 2C costs 129 yuan, which is 20 yuan cheaper than the price of its predecessors. What caused the decrease in cost? Let’s try to find out by learning what is inside the latest generation Xiaomi external battery.

Like its predecessors, Mi Power Bank 2C is packed all in the same white paper box, but on top you can see a transparent plastic “cover”, thanks to which you can see the device itself without unpacking it.

Read more:  Monitor Does Not Start When Power On

In principle, the third-generation device does not outwardly differ from the previous version.

It is also worth noting that the surface of the new Mi Power Bank 2C has become rough (apparently, for better grip with the human hand, in other words, so as not to slip out of the hands). The Mi logo has also become more voluminous.

To protect the holes on the device, the developers provided it with a protective silicone coating.

A long on / off button located on the side is pressed into the case, as it were, to avoid accidental contact.

Read more:  6 Ways To Turn On The Phone Without A Power Button

We used the POWER-Z FL001 (current voltage meter) with quick fill function to find out the real power of an external battery. The experiment showed that the device supports not only Qualcomm QC2.0, QC3.0, but also high speed Huawei FCP with a maximum output power of 20 W or more.

Let’s try to disassemble Mi Power Bank 2C and find out what is inside.

First of all, we note that the components of the structure are fastened reliably enough: unless you specifically pick it, it is almost impossible to open the case.

Inside each other are two lithium flat batteries, which are fixed with a special glue. And if the previous version of the external charger had batteries of type 4.4V 38.5Wh M74, then Mi Power Bank 2C received improved batteries 4.2V 37Wh N22 in which the energy density was reduced, as a result of which the charge volume becomes larger.

An output protection device is installed between the two batteries.

The battery compartment housing is surrounded by a protective sponge against wear. There is a separate hole for the LED indicator.

The appearance of the circuit board.

Japanese TDK spm has one shaping inductance, while the output will be locked in a 5V file.

USB below. This is 8205, responsible for output protection, QBU2C. This is a single chip power chip.

Another USB port under the same protective output 8205, there is Fitipower FP6601Q with several protocols for quick recognition.

5054K with protective tube next to the battery pack protection board.

FP6601Q responsible for another USB-A port.

The old 2 generations were cut off in the official mall. Another platform for the energy business also has a clear inventory status, after only 2C for sale, a new 2C price adjustment for 129 yuan after the price is higher if combined with the Type-C interface will be more perfect.

powerful features and practicality of Xiaomi Mi Power Bank 2C (compared to its predecessors) make it one of the most desirable devices made by the Chinese brand.