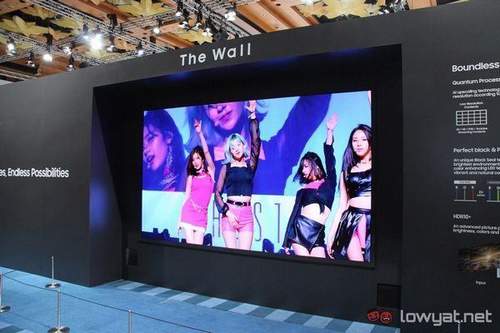 This article explains how to decrypt the model number of a Samsung TV, find out what year your TV was developed or, more simply, find out Samsung TV models by year of release, which digital tuners are installed on the TV. And also from the marking of the model number, you can find out the main technical characteristics of the TV.

To simplify the comparison of different models of Samsung TVs, an article has been prepared The 2018 Samsung TV lineup is a comparison chart.

What was the marking of TVs before 2008, you can find out from the section at the end of the article, Marking of old Samsung TVs for 2002-2007

You can decrypt the model number of the Samsung TV. The model number contains information for which region the TV was released, the year the TV model was developed and sales began, screen type, series number and type of digital tuners.

Let’s look at how to decipher the capabilities of the TV by labeling, using the example of the 2017 model UN55MU8500T

How to know the year of production of the Samsung TV

Read more:  How To Transfer Data From Samsung To Computer

How to find out which screen on Samsung TV

How to find out a Samsung TV series

QN65Q. everything is clear here, this is the type of TVs on quantum dots. Diagonal size

Changes from the previous designation of model numbers.

The TV series The Frame, positioned as an art series, such TVs are designed to replace paintings and make interior design dynamic. Originally produced in two types, with the possibility of mounting on the wall and in the style of the 1970s on legs. But by 2018, there was only one design left (wall mounting or mounting on a stand). Originally had a slightly different labeling, for example, in 2017 UE65LS003AUXRU, but in 2018 the marking was reduced to standard, a letter was added indicating the year of development UE65LS03NAUXXU.

2019, the Samsung TVs are marked with the new letter R, which indicates that this TV model is from 2019. If the model number is replaced by the letter R in place of the letter designating the year of development of the model (see above), then this TV model is 2019. Also, from the designation of the model number of televisions on quantum dots, they replaced the letter that indicated which TV was flat or curved. Instead of letters, numbers are used. Perhaps this is due to the start of production of TVs with a resolution of 8K. QN82Q60RAFXZA. 4K TV QN75Q900RBfxza. TV with a screen resolution of 8K. And in 2019 there will be an upgrade to marking TVs on quantum dots.

Changes in Samsung TVs 2019 Start selling 8K TVs. Implemented support for voice assistants Google and Alexa. No new technologies in image processing and screen manufacturing have been announced on TVs.

Samsung retained the usual marking of TVs, the year the model was developed was denoted by the letter N, the rest did not change. As expected, the Super series disappeared, it was transformed into a QLED series. Compared to 2017, processors in the top-end series of TVs 9 and 8 will be improved on TVs. The production of TVs with Full HD and HD screen resolutions has been virtually discontinued, only a few 4 and 5 series models remain. TVs have matrices with UHD resolution. Also, almost all TVs have an Internet connection (Smart TV) and an upgraded Tizen 4.0 operating system

QLED TVs, the letter N is also added to indicate the year the TV was developed.

2017, Samsung decided to launch TVs with quantum dot screens in a separate QLED series. And most likely, the previously used designation S will no longer be used in the designation of TV models from 2017. The TVs themselves remained the same as in previous years, but of course there is an improvement in processors to speed up the TV and faster response to commands, connection methods are being improved. So One Connect was invented to reduce the number of cables to the TV. But in general, TVs are the same as in 2016. Support for HDR (Extended Dynamic Range) has become standard.

In 2016, the marking of the TVs remained the same as in previous years, only the letter changed indicating the year of development of the model and the beginning of production. According to technical specifications, we can note the cessation of production of 3D-compatible TVs, the volumetric image is not widespread, it makes the production of TVs more expensive.