Marking And Series Of Samsung Tvs 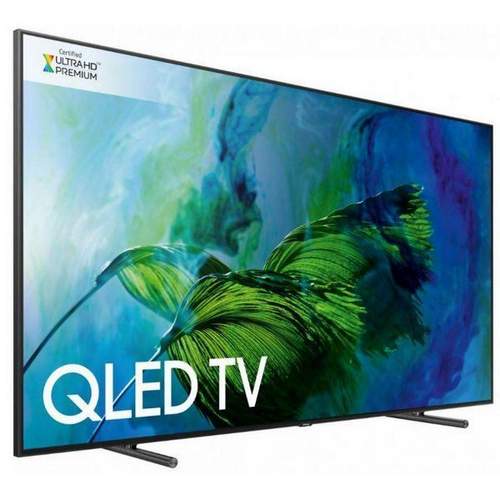 Since 2008, Samsung has been using a unified system to label its TVs. We will analyze this marking. Earlier models may be designated differently, but such devices are not on sale anymore.

From the marking of the TV you can find out the type of screen, year of manufacture, the region for which the model is intended. By the number of the series and subseries, you can also find out some technical characteristics, because the company announces in advance which series will have which parameters.

This marking is located on the back of the TV itself and on the packaging box. Just note that the series number is not “serial number”, but the number indicated in the model name, for example this: ” Samsung UE40MU6100UXUA “.

Consider two models of different years and with different matrices for the display. The following describes all possible marking variations.

Let’s analyze one example of Samsung TV marking. From left to right:

Another example of Samsung TV designation, already for the Q model:

All modern models of Samsung TVs use a matrix on liquid crystals (LCD) as a display, matrix illumination and matrix quality are different. Therefore, there are ordinary U models and premium Q TVs.

The second letter indicates the distribution zone (for whom it is made):

Next in the model designation are two numbers that indicate the size of the diagonal of the screen in inches (1 inch = 2.54 cm.).

Typically, TV sets are produced with screens from 32 inches to 65 inches, the most popular among users. There are more screens, but this is for large rooms and most buyers do not choose them.

Further in the marking is a letter that indicates the year of manufacture. It is by the letter of the year that Samsung went.

Additional letters were also added to those that mean year:

Previously, there was such a letter (after the year):
H. means a body of normal thickness;

If there are no other letters in the marking after the letter of the year designation, and the series immediately goes on, then this means a regular LED HDTV TV with a resolution of Full HD (1920×1080) or HD Ready (1366×768).

The following numbers indicate the series and sub-series of Samsung TVs.

In decreasing order of the series, the price decreases, and the technical characteristics deteriorate, or rather the devices become simpler without additional functions.

The second digit indicates the podcast of the series. According to some experts, various technical data may be hidden in this figure. There is no official explanation from the company regarding this figure, so it’s hard to say for sure.

The third figure refers to the design, so it will not reveal any technical parameters.

Then one or two letters can stand. According to the company, these letters do not carry any information to consumers. In addition, these letters may not be on the Samsung TV label.

And the last are three letters that indicate the country in which this TV will be sold:

The most important parameters that can be learned from the marking are the year of manufacture and the series number.

The main technical characteristics that distinguish one series from another are:

And there is surround sound, a browser, the number of cores in the processor, the thickness of the case, etc. Some functions will be important for you, but some can be neglected. Pay attention only to what is really important for you, so as not to overpay for the purchase.