Tablet computers from Lenovo have long gained a strong position in the mobile gadget market. They are reliable, durable and functional, allowing the user to realize a lot of urgent tasks. 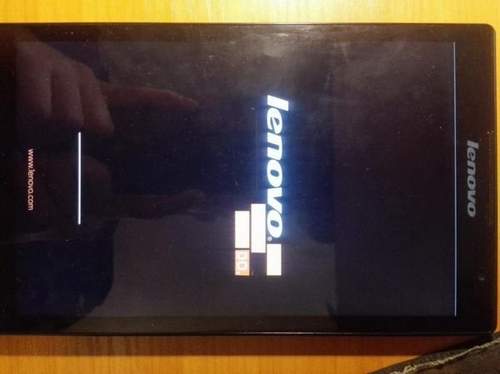 At the same time, like any technique, tablets are not perfect, and sooner or later they stop starting. This may mean that your Lenovo tablet is out of order, and you need to think about how to bring it back to life. The best solution would be to contact the repair masters, but this will inevitably entail additional costs. To avoid this situation, you can independently find out why the Lenovo tablet does not turn on. If the problem is not very serious, then you can fix it on your own, even if you are not a specialist in the field of mobile technology.

Let’s see what to do if the tablet does not turn on, and what are the main reasons for this situation today.

There are two main reasons why the tablet has stopped turning on:

In the first case, the device may not boot due to some mechanical damage. It is very simple to determine this. as a rule, such damage is visible visually. You might not even notice how you hit the gadget about something, albeit slightly. But in the end, because of this, it does not work.

Also, it cannot be ruled out that some internal part of the tablet, which is extremely important for its inclusion, has failed. It can be, for example, a battery. Such a breakdown will not be catastrophic, because replacing a failed part is easy, and this requires a minimum of time.

Software problems are more difficult to diagnose. If the tablet does not turn on because of them, then the problem is in some viruses or a malfunction in the software platform. It is possible to experimentally determine what exactly prevents you from starting the tablet, but practice shows that it is better to entrust this matter to the master.

If the tablet does not turn on due to a hardware failure, then the first thing to do is hold down the power buttons for 10-15 seconds. If nothing happens while the power indicator is off, remove the battery from the device, and after a while, insert it back and try turning on the tablet again. Perhaps some contact just left, and having done these manipulations, you will solve the problem.

It is likely that the tablet does not load due to a discharged battery. Many users sound the alarm when they see a tablet that’s not working, but they just forgot that the battery is completely dead. Of course, in this case, the gadget will not load until you put the tablet on recharge.

If the tablet computer that is being charged still does not turn on, then most likely the problem is either in the charger, or in the connector of the tablet to which it is connected, or simply the battery has failed. It is also worth checking if the power button works.

Often the tablet does not turn on yet due to problems with the screen matrix. You are unlikely to be able to do anything to correct the situation at home, so immediately bring it to a service center. I can say the same thing about cases when the system does not start after the gadget falls or it hits something.

If you bought a mobile device at a licensed point of sale, and the problem with its operation began within a year after the acquisition, then you won’t even have to spend money on repairs, since this situation falls under the warranty of the seller.

Also an obvious sign of software malfunction is a starting, but constantly freezing tablet computer. In this case, it is recommended to put the device into safe mode and not delay the visit to the service center.

There are many options for which part of the software is out of order. But it’s more important for us to find out how to turn on the tablet, and not what exactly happened to it. There is one sure way to correct the situation by performing a flashing or a full reset to the factory settings. We recommend starting with a reset, also called Hard Reset.

You can do it even if the tablet is turned off. To execute Hard Reset, do the following:

This is a fairly radical way, because all user data as a result will be deleted from the mobile device. But if there is no choice, it is necessary to apply it. We recommend that you place all your tablet data on the cloud on the Internet, then the unexpected need to reset all data will not be a problem for you.

The recommendations in this article are universal, and they are suitable for Lenovo 3300 tablets and other device models from this manufacturer. We hope our tips will be useful for those who unsuccessfully updated the software platform or encountered other problems in the work of the tablet computer.