Android 8.0 Oreo update is already available for Huawei and very soon for some devices, including the Honor series. And while Google’s latest software was released in mid-2017, Huawei has just begun distributing the update for its devices. In general, the update has not yet been fully completed and is still indicated for release in the near future. Here’s what you need to know about the latest Huawei updates. Android 8.0 Oreo.

While manufacturers are still busy working on the original version of Android 8.0 Oreo, Google has just released Android 8.1 for its Pixel and Nexus. In the first months of 2018, the Android O update will arrive on devices from popular Android manufacturers such as Huawei, LG, HTC, Motorola and Samsung.

Recent Huawei devices, such as the Mate 10 Pro, have already received Oreo, but older devices have not yet seen their updates. And while the company has not confirmed the list of devices, however, Huawei is working hard on Oreo updates for its smartphones, as well as Honor. Including the new beta update for Huawei P10. That’s all you need to know about any Oreo updates. 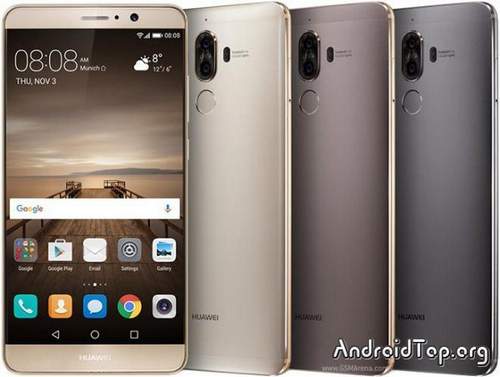 As expected, the popular smartphones of all major manufacturers will soon show Android 8.0. Of course, unless they come out of the box with the new software. We have seen active work from Huawei, Sony, LG and even Samsung. Some companies are conducting beta tests, they are either in full swing or nearing completion. This means that over the next few months of 2018, many smartphones will switch to new software.

However, you are here to learn about the Android 8.0 Oreo update for Huawei. We have prepared a list of devices that, in our opinion, will receive it, as well as those that are not waiting for updates. We will try to update the list as information becomes available, as well as with the release of new updates from Huawei.

As we saw in previous years, Huawei updates software quite quickly. And while many were counting on the December release, this did not happen. However, it is expected that updates will arrive in the first few months of 2018. Why is the delay? Well, this is because Huawei offers a customizable and convenient EMUI interface for Android. It offers a sea of ​​additional features and controls, but at the cost of slowing down software updates.

Before we move on to the new version of Android 8.0 Oreo or EMUI 8, here is a list of devices that, in our opinion, should count on Oreo updating in the first half of 2018. As new updates become available, this list may grow. Remember that there are several versions of some phones, so we will not list them all.

Again, the list does not have a strict order; some smartphones may be missing in it. In addition, phones, like the new Huawei Mate 10, have already received Android Oreo.

In conclusion, we also want to list some smartphones that will not receive the Oreo update. And again, we are not 100% sure on this list, but many phones will not get Oreo. Among them are Honor 5, Huawei Y3, Honor 7, Mate 8 (possibly) and Huawei Y5, Y6, Y7, but these are just a few. Most of these smartphones are also not available for sale.

Honor is a sub-brand of Huawei that delivers great phones at a slightly more affordable price. Honor phones are quite popular, so we have included them in this list. In addition, Honor recently confirmed that the next nine devices will receive Android 8.0 Oreo and EMUI 8.0 updates.

Read more:  Smartphone Can'T See Memory Card What To Do

In addition, Honor also clarifies that some of these updates are just coming out, while others will arrive in the second quarter, but this is the only information that we still have. From this list, the Honor 8 Pro and Honor 9 are starting to receive their updates. However, the Honor 7X and Honor 8 will arrive later.

Here is a list of phones and release dates for EMUI 8:

So, when will your Huawei or Honor smartphone receive an Android 8.0 Oreo update? Well, that is a tough question. Android manufacturers are hungry for information, they hide the details to the last and rarely share the exact details. This is because they change the dates and develop the update as new bugs are discovered or fixed.

While we have already seen ads from Sony, Motorola, HTC, Samsung and others, Huawei remains stingy on the details. The only factual information that we have comes from Honor, as we mentioned above.

However, the Huawei P10 and P10 Plus versions are already getting the beta version of Android 8.0 Oreo, at least in some regions. This is a good sign. This means that the company is working behind the scenes, and updates are approaching release. As mentioned above, the Huawei Mate 9 update is available for many models. Just go to settings and check for updates.

The situation may change, but with the release of the beta version, we expect official updates for flagship smartphones by the end of February. We will clarify how we learn more.

Android O offers many new features that you will want to use to do more with your phone and tablet. Owners of Huawei smartphones will be able to enjoy increased speed, increased battery life, the “picture-in-picture” mode, intelligent text substitution, improved notifications and automatic completion for the most complex passwords. In addition to everything else.

Linked notifications are easier to manage, and picture-in-picture mode. great new feature. Here is a list of the new Android 8.0 Oreo features.

Here you will find a detailed list explaining some of the new features. Basically, expect a better experience with dynamic icons, smart notifications, and a variety of settings. In addition, expect software improvements, bug fixes specific to each Huawei device, and other changes with the Oreo update. Many changes will be hidden behind the scenes, but will have a significant impact on your smartphones and tablets. Then EMUI will solve some problems and add some features directly from Huawei. Features specific to your smartphone.

We are pleased to see how Huawei integrates some of the best Oreo features into its devices or changes them as needed.

In conclusion, just be aware that the Android 8.0 Oreo update for most Huawei smartphones and tablets is coming soon. Expect more updates during February, the rest in March. Most likely, all flagship phones and popular budget smartphones will receive them first, then some of the less popular Huawei devices will receive an update. We could see a few updates for tablets, and then other devices later in 2018. In addition, the Android 8.1 update is likely to follow this summer.

And while Huawei and Honor are two separate companies, they both work hard to realize the best features and latest software for your device. Again, we expect new releases in the next few weeks or at Mobile World Congress in late February. When we learn more and see how updates unfold after the beta is complete, we will share the information in this article.