Apple introduced the new 9.7-inch iPad Pro to the enthusiastic audience as something new, more advanced and more comfortable than the previous iPad Air 2 or iPad Pro 12.9. The idea is simple: the power and versatility of a large iPad with a 12.9-inch screen and support for Apple Pencil technology that everyone liked and the new Smart Keyboard is now available in a more compact and familiar iPad Air 2 form factor. 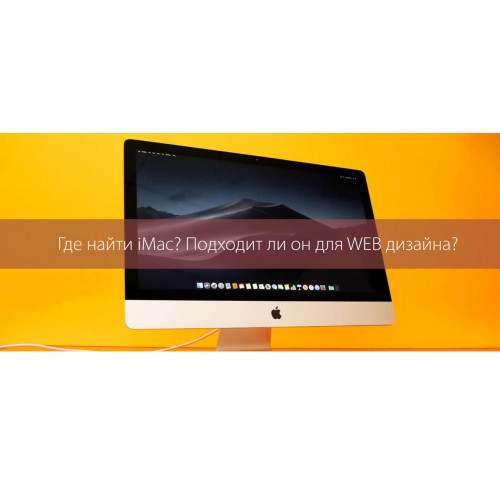 On the other hand, this is not all free. You want the percent more powerful right away, and the screen is cooler, and proprietary drawing technology along with a super stylus, plus a cool wireless keyboard, but you don’t want to buy a big iPad, then get ready to buy a new iPad Pro 9.7. The tradition is this: more new (or not new) functionality. Higher price.

However, if you already have an iPad Air, as it is, and there is a need not to rush while buying a new iPad, then you might think how to add this same Pro-functionality to your “old” tablet. Fortunately, there are options. You can choose a stylus with similar sensitivity and accuracy options, covers and cases with and without keyboards, which are at least as good as Smart Keyboard, and a couple of three high-quality applications that allow you to draw and write almost the same as on the iPad Pro screen, You can also download. In other words, if you wish, and relatively inexpensively, you can also make almost Pro out of your iPad. But about how, exactly, we will talk now.

Let’s start with the most difficult. As you know, the styluses of the so-called third-party manufacturers by and large only imitate the functionality of 3D touch technology and on ordinary iPad-s do not work with the same high level of quality as the Apple Pencil on the iPad Pro. In addition, the iPads of the previous series are not equipped with a special magnetic connector, thanks to which the keyboard can not be connected to the iPad Pro via Bluetooth. There is no sense in denying these facts, however, as we have already said, there are options. So, in order:

Adonit has been releasing interesting accessories for the iPad (and not only for them) for several years, but a product called Adonit Jot Dash has recently appeared in the company’s assortment. And already managed to earn the glory of the best stylus in the world for drawing. The model is made in a lightweight case, in size. No more than a conventional pen, is equipped with a miniature magnetic USB-charger and turns on with one click. Adonit Jot Dash is suitable, that is compatible with all iPad-s (as well as with iPhone-s and many Aindroid-smartphones and tablets), moreover, without additional software and Bluetooth-connection. As for the quality and accuracy of Jot Dash, here it is. Visually about the capabilities of this device (you can enable subtitle translation):

Another equally interesting alternative to Apple Pencil was offered by fiftythree, which, by the way, is well known to all lovers and professionals of tablet drawing, as the developer of the popular Paper application. The fiftythree stylus is called the “Pencil,” i.E. It’s a “pencil,” and indeed most of all it looks like a plump pencil with flat edges and a sharp tip, which, like the Apple Pencil, allows you to adjust the thickness of the lines by tilting the stylus relative to the surface of the screen if you draw in compatible applications like the same Paper. Pencil also reacts to pressing (the stronger it is, the darker the line), its opposite end serves as an “eraser”, and with this stylus you can use your fingers to, say, mix or smear “colors” on the tablet screen. A separate plus: the proprietary Paper application can be downloaded for free, it works both on the iPad and, more recently, on the iPhone.

How to replace Smart Keyboard for iPad Pro?

The new keyboard cover, as you’ve probably seen, is simply magnetized to the long side of the iPad Pro. Branded keyboards iPad Air or iPad Air 2 do not know how. They need to be connected in the “old fashioned way” via the Bluetooth module, and they work only when Bluetooth is enabled on the iPad. And users turn it off quite often in order to save battery power, because sometimes extra fuss arises with reconnecting the keyboard. With third-party keyboards, the situation is about the same. But there are nuances.

For example, a case cover released about 2 years ago Folio by Logitech although it looks less elegant today than Smart Keyboard for iPad Pro, but its massiveness also has several advantages. It protects the tablet, and it has a physical keyboard, however, also Bluetooth, like everyone else. It only charges via a USB cable, but is equipped with its own battery, which provides it with up to 3 months of battery life (and if you take Folio with solar panels, then even longer). This case also has magnets, they are hidden inside, hold the cover well in the closed position and automatically turn on the screen if you lift its upper part. In addition, Folio keeps the iPad at a comfortable angle while typing.

In addition to Folio, Logitech also has BLOK. Also a case cover with a keyboard, designed specifically for the iPad Air 2, but different. This accessory makes the iPad a bit like Microsoft’s Surface Pro 3, because the stand is also located at the back. But BLOK, which is not only a cover, but also a bumper, unlike many other covers, protects the tablet case not only from above and below, but also from the ends, and protects not only from bumps and other mechanical influences, but also a little from any wet substances. And, what is most interesting in our case, the BLOK keyboard is also magnetized. Not to the tablet, like Smart Keyboard, but to the cover, but some similarity of effect still takes place to be.

Pro applications to choose from

One of them. Paper, with which the possibilities of the Pencil stylus are best revealed. We have already mentioned. But, of course, this is not the only program in which the technology for responding to different pressures is implemented. There are others.

Apple has included Adobe Illustrator Draw and Line in the list of recommended applications for mobile drawing on the iPad. Both in the basic versions can be downloaded for free, but, as the developer notes, they work even better when combined with a subscription to Adobe Creative Cloud, which is paid. The list goes on:

As for the new iMovie, which Apple released exclusively for its iPad Pro, then, there is such an opinion, on an “ordinary” iPad, as an alternative to a sensational novelty, it will completely fit Pinnacle studio. A professional mobile editor with which you can make storyboards, precise editing transitions, high-quality transitions, add effects and soundtracks. The program is compatible with Pinnacle Studio for desktops (i.E., clips edited on an iPad can simply be transferred to a working computer), supports resolutions up to 1080, it provides a tool for exportings to YouTube and Facebook (by the way, we also recall that through the kit Apple to connect the camera iPad Camera Connection Kit, photos ands can be imported to the tablet from external memory cards).

Adobe Creative Cloud also has a similar functionality to IMOVIE (and Pinnacle Studio), in addition, it can synchronize with Adobe Premiere Creative Cloud. One of the most popular and powerful editors. In Premiere Clip, you can also easily imports, adjust the light, add transitions and effects, slow down, speed up, edit sound, etc. And then send the finished to Twitter, Facebook, YouTube or export to Adobe Premiere Pro CC, whose tools are even more extensive.

To summarize, as they say, the result. With the accessories and applications described above, your iPad Air (or iPad Air 2) will certainly not turn into the new iPad Pro 9.7 by itself, but the functionality is guaranteed to be much more Pro than it was. And now a little arithmetic.

The new iPad Air 2 with Wi-Fi (35590 r), together with one of the two styluses (3300 r) and the most expensive of the keyboards we have listed (8500 r) will cost about 47 500 rubles, plus, perhaps, several hundred more will be needed to purchase paid versions of the application. Such an alternative. But this is if you buy a new tablet with new accessories. If you already have an iPad Air or iPad Air 2, then the cost of the entire event to bring its functionality to a level close to Pro will be maximum 12500 rubles (i.E. Less than 200).

Yes, the iPad Air 2 and iPad Air, along with cool accessories and a whole set of professional applications, will obviously still somehow play the iPad Pro with the original Apple stylus, keyboard and software. But here one question arises: is this difference so significant, and is it worth laying out 1000 bucks for it?