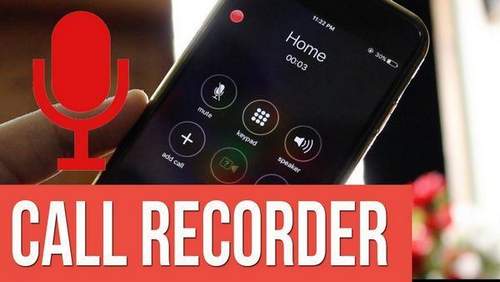 From the title of the article, it’s easy to guess what we’ll be talking about, but we’ll immediately upset most iPhone owners: you can fully record telephone conversations only on Apple devices that were jailbroken. That is, only through the installation of Cydia and when downloading third-party applications you can normally record calls.

At the same time, all other Chinese and European manufacturers stuff their phones with similar applications, and completely on legal grounds. But before proceeding to hacking to fully record calls, it is worth noting that there are still programs for Apple gadgets, though with truncated functionality.

For example, iPhone Recorder app. One of the official applications for recording calls, which can be found in the AppStore. In addition to the functions of a regular voice recorder (by the way, perfectly recording sound), it can be used to record calls.

But here the whole “trick” is that you can record outgoing calls only. Incoming calls are simply impossible to record. After recording a conversation, you can listen to it or send it to your e-mail. The program itself has an intuitive interface, very similar to a regular iPhone dialer, and records audio in good quality, which you definitely won’t complain about.

Read more:  How To Turn On The Internet On An Ios 11 iPhone

Second option is recording conversations using Google voice. We follow the Google Voice link, register there to download the so-called voice recorder and install the application.

After installing the application, we return back to the site and find the gear icon, where it will be necessary to select the “Settings” item, and there we select another subsection “Calls”. Immediately from you it is only required to put a tick in front of the “Calls” item, after which you can record conversations without problems after pressing the “4” key during a call. To stop recording a conversation, you will need to press the “4” key again. However, when recording a call through this program, there will be a nuance.

Before each recording of calls using Google Voice on the iPhone, the “young lady” will inform you and the other person that the call is being recorded. At the same time, it is simply impossible to remove this annoying trifle. Actually, to view or download all recorded calls, you will need to go back to the Google Voice website, press the “” key and click on it. After that, another “” key will appear, after clicking on which a list will come out, where you can select the record you need.

Read more:  How to enable percentages on iPhone 11

Full-fledged “record” of conversations for iPhone

We will not describe the jailbreak process for your iPhone. you can read about it in other articles on the site, but we will get right to the point. Enter the name of the utility “Audio Recorder” in the search line and download it. Then you need to go to the settings of your iPhone, where you can find all the settings of the installed application.

After installing the application, the recording of conversations will be in the off mode. To enable it, simply move the slider to the side. Immediately after that, a window pops up in front of you, in which a warning pops up stating that recording telephone conversations in some countries is prohibited, and the creators of the Audio Recorder application completely take responsibility. We read this notice and click “I accept”. After that, you can choose the type of recording. automatic or manual.

The recommended option is to automatically record telephone conversations, but you decide. As soon as you receive a call, then after the first seconds of the conversation, the recording indicator will immediately light up. If you chose to record in manual mode, then in this case you just have to click on the record button located near the time digits of the conversation duration. In general, everything is implemented almost like a dictaphone.

Read more:  How to view the cloud on iPhone

Actually, if you go to the menu of your iPhone, then you can find the icon of this application. Opening it, you will immediately see all recorded telephone conversations sorted by time, date and incoming / outgoing calls. All records are stored immediately in the memory of your iPhone, which is very convenient, and they weigh a little. They are recorded in m4a format, they can be easily sent to e-mail or downloaded to a computer for more detailed listening to the recording.

It is worth noting that this program is almost the only one of its kind for an iPhone, where everything is implemented very simply and clearly, without the use of various, not immediately understandable voice recorders. An important point: if, for example, a dictaphone recording can record everything that is happening around, then conversation recording applications can record only one active line. Simply put, if you record the main conversation, and the second line calls you. you should not answer it.

It’s not easy to become a super agent using an iPhone, but we helped you with what we could. Go for it!