Hello everyone! The problem voiced in the title is quite common and almost certainly anyone who has owned the iPhone for more than one year has come across it. And maybe even less Because sometimes the percentage of charging the iPhone’s battery starts to “jump” after a regular update, of which there are many over the year. In any case, that would not lead to similar jumps in the charge indication, this phenomenon is abnormal and it absolutely must be corrected. How? Now you will know everything. Let’s go! 🙂

But for starters, let’s determine what kind of phenomenon it is. “the charge indication is jumping”? This means that when you turn on the display of the battery charge of your iPhone in percent (there is such an option), these same percentages may be spent out of order. But what about then?

As you know, with such an abnormal charging behavior it is very difficult to use the device. Just because you don’t understand, how charged is the iPhone really? You look. it seems like half the charge is there and this should definitely be enough for four hours. And you leave the house and after 5 minutes it has already turned off. Has this happened? I have yes. Let’s find out why this happens and how to deal with it.

Why percentages of charge on iPhone can “skip”?

To get started, let’s briefly go over the main reasons for what could lead to a similar problem:

Of course, this is far from all. there are also various “bugs” in the iOS system itself. I’ll probably start with them

If all the problems associated with incorrect display of percentages of charging started after you updated the version of iOS, then I can congratulate you. Most likely, this is a “normal glitch” of the system. Unfortunately, there have been too many of them lately (for the sake of interest, here you can read about the consequences of the update on iOS 10).

However, such troubles are quite easy to fix. You need to reinstall the firmware through DFU again and then return the backup copy of the data to the device.

Read more:  What To Do If Iphone Is Not Charging 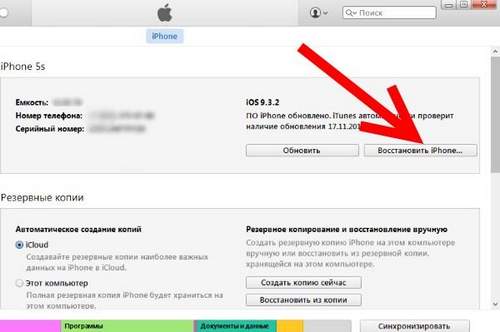 Please note that after flashing it is better not to restore the backup, but to watch the iPhone for some time and find out whether the charge percent will “jump” on an absolutely “clean” device. If everything is normal, then only then it will be possible to download a backup copy.

But the most interesting is that even such an extremely stringent procedure (and flashing it certainly is) will not always lead to the desired result. Why is this happening?

Battery calibration as a method of dealing with jumping charge percentages

This is because errors do not always lie in the version of iOS itself, but can be much deeper, at the level of the battery controller. And here we can’t get rid of the usual flashing. But at the same time, you can fix it. after all, there is the so-called battery calibration, designed just to fix the problem with incorrect display of percentages of charging on the iPhone. How to make it?

Of course, all this is a rather abridged version and there are a lot of nuances that must be observed. There is already a detailed instruction about all this. you can read it here.

True, calibration may not help restore the normal charge indication. Why? And because the problem may be hiding even deeper

Nothing lasts forever, much less a battery 🙂 Over time, the maximum battery capacity decreases, which leads to such spontaneous shutdowns (mainly in the cold season) and instantly disappearing percent of charge.

By the way, the fact that the iPhone turns off in the cold is a more or less normal phenomenon. about this here.

In general, even with such a worn-out battery, calibration should also help, but sometimes it is powerless. There are reasons for this:

In this case, there is nothing left but to replace the battery. However, before that, be sure to check in what condition the battery is at the moment. how to do it? And then maybe the problem is not in it at all, and you need to change, for example, the charge controller.

Finally, I want to note this. If you checked and tried everything, but it didn’t work out and the percentages of charging continue to “jump” and “jump”, then you should not rush and run to the nearest tent at the market to replace the battery.

After all, most often problems with incorrect indication and display of percentages of charging begin in the second year of using the iPhone. And given the fact that in some cases the warranty on the iPhone is as much as two years, it is quite possible to count on official and free repair in the service center. Although there is still a big question. will they repair or just give a new one? But this is better than changing the battery for your money 🙂