So, we could evaluate the quality of photos from the iPhone 11 Pro and Galaxy S20 Ultra, as they say, by eye. These are almost two dozen pictures that you judged based on your considerations of beauty. The original vote can be found here.

In order to reduce the number of those who are trying to figure out the “right” smartphone by where and which picture goes, we have shuffled the pictures. Let’s take a look at the final results. First, I would like to note that the photos were often assessed similarly, so if they differed by a couple of percent in the votes, then we consider this to be equal assessments, they are, plus or minus, similar. In comparison, for obvious reasons, there are no modes that the iPhone lacks. noticeable zoom, still-frame photos in 8K video and other similar moments. Functionally, the camera in the Galaxy S20 Ultra is a cut above it, as it allows you to take a variety of photos in different modes. But here, due to the limitations of the iPhone, only the main modules and the default shooting are compared. So, we look.

Both cameras, in your opinion, coped well with photography, the scores are the same. 52 by 48 (2293 votes against 2085). Comments are unnecessary here, the pictures are really close and convey this place in full.

The second shot was preferred (68%, this is an iPhone). I think that this happened due to the fact that the background is better developed on it, it is not overexposed.

Shot number two from Galaxy (55% of the votes), both shots are the same plus or minus, only the angle differs. 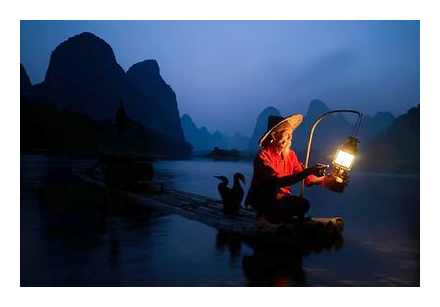 I liked shooting flashlights at night more on Galaxy, this is shot number two (57%). Here the advantage is quite noticeable, although the perception of pictures is plus or minus the same, as in the previous case.

Surprising to me that the majority voted for the first shot (iPhone, 63%). The picture does not convey the real sense of the moment: the lightened sky, which is not visible at night, the reflection between the Kremlin tower and the temple (this is the reflection of the protective glass on the iPhone camera). Apparently, many people like the light shot, and not how it looks in reality. On the Galaxy, these results are easily achieved with the Night mode, which simply does not turn on by default.

Everything is roughly equal here, 53% to 47%. Didn’t notice much difference.

The advantage of the first picture is noticeable, it was taken on Galaxy (75%). this is exactly what I did not like in the picture of Red Square, the real display of the picture, no improvement in lighting. On the iPhone, it turned out to be an overexposed sky, a bright river and further down the list.

Almost equally, 51 to 49%, you don’t need to rate the pictures, they are perceived to be the same.

A brighter, slightly lighter sky, which may have played in favor of the second image from Galaxy (57%). Although, for my taste, both cameras coped with such a simple shot more or less normally.

57% voted for the second picture, it is from the iPhone. I like this picture less, it is not too bright, not too natural, all colors are muted, washed out. But the choice of blind testing is just that.

Here I was surprised, as many voted for the second picture from the iPhone (44%), although it can be seen that there are inexpressive colors, the very blurring of the background is indistinct. From an artistic point of view, the first shot is much better, brighter and more expressive. Most likely, fans of the portrait mode simply recognized his work and voted not for the photo, but for the brand, I see no other explanation.

You thought that the shots of the sandwich are the same, the votes were almost evenly distributed. 52 to 48, there is also parity.

The second shot from the iPhone is much better (70% of the votes), it has more contrast, the droplets work well. This is an advantage of the iPhone, as the camera shoots better at close distances, while the Galaxy S20 Ultra is tuned to shoot with the optical zoom at long distances. These are the initial design features of each device, both are not universal and are not ideal for all subjects.

Here Galaxy comes a little ahead, with a more saturated, dark color, the picture turned out a little better (54%), but we will assume that both devices coped plus or minus the same.

The advantage of 60% of the votes is behind the iPhone photo, it is lighter, people are better visible. While the Galaxy shot fades into dark tones. This is generally a property of the cameras of these devices, the default setting. It is clear that on Galaxy all this is adjusted in any direction, but, nevertheless, initially the pictures are just like that.

It is easy to recognize a photo from an iPhone, it is too light, which undoubtedly spoils it, makes it artificial. Most of the votes (67%) for the Galaxy snapshot.

Please note that many people liked the picture taken from Galaxy (66%), it clearly shows not only the picture, but also the face in the twilight on the left, the phone on the right. This is a complex shot, which is interesting for the elaboration of secondary details. There are no parts in the iPhone, they were eaten by the camera.

In the comments, you wondered where and what device. Most of them were inclined to believe that where the pictures are lighter is Galaxy, where the darker is the iPhone. I couldn’t guess. over, many thought that the pictures were taken in succession (that is, the same phone is hidden under each number).

Now let’s get down to arithmetic calculations, we consider a deviation of up to 5% inclusively insignificant, that is, the pictures are equal. But even if you count with these deviations, then all the same, the result will not change in any way. In total, it turned out that you considered six pairs of images plus or minus the same, the cameras coped well.

In six pairs, the iPhone is in the lead, and in six others it is the lead for the Galaxy S20 Ultra. I counted it again, it turned out to be full parity. I will make a reservation that Ultra has already released two camera updates (the first fixed the autofocus problem before the start of sales, the second improved the automation in most scenes. in the iPhone, the software in the camera area does not change).

Blind testing is good because people do not know, but only guess where and which apparatus. Full parity is surprising to me, since everyone has different tastes and I like some of the shots much more on Galaxy than on iPhone (Red Square at night, background blur). But this is your choice, none of the cameras has a noticeable advantage.

Again, this is a comparison of the main camera module, the methods of shooting on the S20 Ultra and iPhone 11 Pro are very different (for example, this is the macro mode). Both devices cannot be called universal in the aspect of shooting, and such, perhaps, does not exist, each has its own strengths and weaknesses. But the number of possibilities and additional modules that are present in the Galaxy give a wider scope for creativity (night shooting in a separate mode, optical zoom and much more). The main modules produce a picture that is more or less comparable, somewhere one mode is better, somewhere else. Offhand, the iPhone is better for macro, but worse for shooting indoors or in the evening. On a clear sunny day, both devices are completely comparable, there is no difference. On the Galaxy side, there are often more ringing, pure colors, they look better, and they are also closer to the natural color rendition of what the eye sees. In the iPhone, the colors are often slightly faded, although in some cases the device, on the contrary, wins (remember the photo of the clown).

In this post, we compare six flagship smartphones: iPhone 11 Pro Max, iPhone 12 Pro Max, Huawei Mate 40 Pro, Samsung Galaxy Note20 Ultra, Sony Xperia 1 II, Xiaomi Mi 10 Ultra. We have already prepared detailed reviews of four of them. they are available on the links. Reviews of two more will be released later. Yes, for the test, we took two older iPhones at once. last year’s and the new one, one of the goals of the test was to compare them and find out how strong Apple’s progress in camera construction is.

We test in the same way as usual. we take different test scenes that simulate the most popular mobile photography formats: cityscape, indoor photography, macro, portrait, night landscape, and so on. When evaluating the result, we look at sharpness, detail, saturation, contrast and overall color rendition. There will be no separate test for HDR mode, since modern smartphones have learned to turn on this mode automatically, as needed, so in all cases the HDR engine was set to “Auto”. Focusing was done without manually specifying a point, except for portraits and macro. On cameras using sensors with a Quad Bayer filter, we shot at the default resolution. In all cases, shooting is carried out with hands, no stands and tripods, front cameras are not included in the comparison. In each test scene, the smartphone can get from 0 to 5 points, and the winner is ultimately determined by the total amount of points.

Read more:  What Is The Difference Between Iphone 10 And Xr

Every time we run pivot tests like this. especially when there are so many smartphones (in this case six) involved. we complain about the different manufacturers’ approach to multi-camera systems. Although right now we can fix the moment when everyone more or less moved in the same direction. Yes, someone offers four default focal lengths at once (like Xiaomi in Mi 10 Ultra), someone uses three-camera systems without an additional depth sensor (be it TOF or LiDAR). But the general direction has already been determined, and no one dares to deviate from it.

Classic flagship triad: along with the main camera working with a classic focal length (25-27 mm), there is necessarily a wide-angle module and a zoom camera. The differences lie mainly in relation to the zoom camera. Someone (Samsung, Xiaomi, Huawei) is trying to offer the user the highest possible zoom using the periscope module, inevitably sacrificing aperture. Others (Sony, Apple in this case) consider it correct to use this camera primarily for portraits, offering 2x or 3x zoom. IPhone 12 Pro Max, for example, has 2.5x zoom.

Be that as it may, comparing smartphones has become a little easier technically. there are no more scenes where we would be forced to give someone “zero” for the lack of a corresponding module. In addition, everyone now knows how to turn on the night mode with multi-frame exposure stitching, everyone uses neural network calculations to correct the picture. True, I tried to minimize their influence, including AI assistants only in some scenes. however, the iPhone and Xperia have no options to activate or deactivate the neural network help. In any case, a disclaimer is necessary: ​​there is currently no objective method for comparing cameras. Yes, the pictures were taken in the same conditions, the capabilities of the cameras of the test participants are close enough, one hundred percent crops are highlighted. but the final assessment in any case is done by eye, subjectively. All photos and crops are attached. you can watch and evaluate for yourself, and your conclusions do not necessarily coincide with ours.

A cloudy day, faded colors, everything is gray. the scene seems uncomplicated, but it is an illusion. The most revealing elements are small details on buildings (sharpness) and snow (white balance).