Let’s say it didn’t help, or the iPad didn’t need charging initially. Then you should hold down the Power and Home keys (the so-called Hard Reset) for 5-10 seconds. If nothing serious has happened, after a few seconds the Apple logo should light up on the screen, after which the tablet will boot.
Didn’t that save either? So the filling is faulty. What exactly will the inspection show? Let’s analyze the most basic reasons:

Wear of the power button

Any keys are subject to mechanical stress. The more often the buttons are pressed, the faster they get loose. The special case is that the tablet is dropped face down. In such a situation, both the button itself and the loop responsible for its operation may fail.

The work of the wizard will be to replace damaged items.

Damage to the power connector

This part does not fail by itself. Usually it is damaged due to inaccurate handling by the user (dropping the tablet from a height, trying to insert the plug of an incompatible charger). Pin connectors are deformed, broken, and as a result, the gadget stops charging. Over time, the energy reserve in the battery dries up, the tablet turns off and, for obvious reasons, does not start back.

A damaged connector is not repaired. In theory, this is possible, but the cost of such work will be prohibitively expensive. It is much cheaper to change a part for a serviceable one. In the service center, this procedure will take no more than an hour.

This nuisance hits the client’s pocket hardest. Flowing into the device, the liquid spreads to the contacts, starting the corrosion process. The more moisture has penetrated inside and the more complex its composition, the larger the consequences can be.

If the iPad does not turn on because of this, it is likely that liquid has got on the contacts of the Power button, ribbon cable, or printed circuit board. The exact picture can be established after diagnosis. At the same time, the repair time will be determined: they will be from a couple of hours to a week. The work will include cleaning the tracks from oxides and replacing damaged components.

There is no more benefit from an iPad that has stopped running than from a box from under it. However, this is not a sentence: if the iPad does not turn on, it can certainly be brought back to life. Sometimes you can do it yourself.

First you need to make sure that the gadget is not discharged. If the battery is used up, the tablet should not work. Connect the standard charger, wait at least 15-20 minutes and press the power button. If this was really the problem, it should work.

A vivid example of the use of a non-original charger. The charge of electricity is transferred to the power connector, and through it is transmitted to other components. Repair is carried out by replacing faulty parts. It will take from 40 minutes to several hours.

The most important thing is not to delay contacting the service center in case of any iPad breakdown. The less time has passed since the incident, the higher the chances of successful recovery of the gadget. Professional iPad Repair.

If the reboot didn’t work

If after holding these two buttons nothing happened, you should check the most banal omission of the battery charge. Try charging your tablet. If nothing becomes visible right away, then wait, it is better to leave the gadget on charge overnight.

What to do if iPad won’t turn on or charge

It happens that a nuisance happens, your favorite apple device one day simply does not turn on. Even regardless of whether there was a reason or not. In this article, we will tell you what to do if the iPad won’t turn on or charge: what could happen and what repairs you can handle on your own. 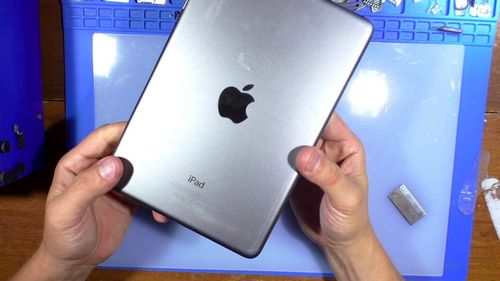 The gadget turned on, but does not work

If, after the actions taken, the gadget still showed signs of life, but freezes on the screen with the logo, or you see a blue or red screen, then you need to restore the firmware. To do this, you need to do the following:

In the message on the computer, in addition to the text, there will be also Refresh and Restore buttons. When you press the first, the system will download and install the latest firmware on your tablet, fixing possible software errors. Since this is just an update, all your data, files and settings will also be preserved.

It is possible that this procedure may fail, then you need to keep calm and repeat steps 2 and 3.

There are several options for the inoperability of a tablet or other device from Apple. Now we will consider the options when the gadget freezes, in other words, does not respond to normal actions, such as pressing buttons and touches. The same methods will work if iPadmini won’t turn on or charge. All procedures are the same.

Freezes happen even with a working device, the screen may not darken, and may even turn black. Of course, the second case is much more terrible at first glance.

To perform this action, simultaneously press and hold the Power and Home buttons for 10 seconds until you see the apple icon. If everything worked out, then the tablet or other device will boot as usual and everything will return to its place.

If the iPad still does not turn on and does not charge, then you should contact the professionals at the service center, because you have tried all the easy methods. Unfortunately, you have a hardware glitch that can only be fixed by repairing or replacing broken parts.

Read more:  Why Xiaomi Mi Band 3 Does Not Turn On

When the iPad does not turn on, other problems may appear. The most common ones are listed below:

The on-off button is broken

Sometimes the iPad turns off and does not turn on because the button is broken. When you see a black screen on the iPad, put the tablet to charge: if the power consumption starts, the device’s charge indicator lights up, but when you press the power button, the device does not boot, the problem is in it. If because of this, your iPad stopped turning on, you need to contact the wizard.

A short circuit has occurred

It may be that a short circuit has caused your iPad to shut down. Apple tablets have fixed power consumption figures. The use of third-party accessories can lead to the following consequences:

If your iPad won’t turn on because of this, you won’t be able to fix the breakdown yourself. You should urgently contact a specialist.

If your iPad stopped turning on after water got into it, do not worry, the tablet should be restored. It is best to urgently consult a specialist, but in some cases you can handle it yourself. If you have the skills to recover the technique, follow these steps:

An error occurred after jailbreaking or installing a tweak from Cydia

If your iPad turns off, doesn’t respond to button presses, and the Apple logo lights up on the display, the problem is probably that you’ve jailbroken or installed a tweak from Cydia. This could lead to an iOS error that caused your tablet to freeze and not start. There are two ways out of this situation:

Remember that by performing iOS Self Repair, you are solely responsible for the Apple Technician.

If the battery is flat

The simplest and most obvious reason that led to the fact that the iPad Mini or Apple tablet of another model stopped turning on, the battery was completely discharged. Connect the charging cord to the device and wait about half an hour. If the iPad has started charging, then very soon you will be able to turn on the device, and it will work without errors. It should be remembered that after a complete discharge, the tablet takes a long time to boot.

Read more:  How To Remove The Application On iPad iOS 12

If your iPad does not charge (and therefore does not turn on), it may be that the charging socket is clogged or broken. Follow these steps:

Most likely, after that, your tablet will start charging again when the cable is connected, it will be easy to start up and work correctly. If the connector is damaged, the tablet should be taken to the master.

Your iPad may not be charging because the charger cord is damaged or the charging model does not fit your device. Apple’s technique is quite sensitive to the use of third-party wires. By connecting them, you will see an error notification on the iPad screen. In this case, all you need to do is replace the charger.

Ipad does not turn on there is always an output

The banal reason the tablet does not work is a completely discharged battery. In most cases, after a full discharge, the iPad has enough of its resources to show that the device is discharged, but sometimes this does not happen. Then test the device, connect it to the battery and wait 10-20 minutes. If during the suggested time a red battery appears on the screen, then the reason why the iPad does not turn on is understandable.

If iPad still won’t turn on after plugging in the battery, try restarting the device. To do this, hold down the Home and Power buttons at the same time. Hold the buttons until an apple appears on the screen. If nothing happens, try reflashing the tablet.

To reflash the iPad, it is worth doing the following manipulations:

The above methods are suitable for self-repairing the device. When the device succumbs to mechanical damage, such as a fall of the tablet from a height, then the cable is damaged, which will ultimately lead to the inoperability of the iPad. Here you will only need the help of a professional master of the service center.

When iPad does not turn on, the problem becomes incomprehensible to any user. Therefore, it is immediately worthwhile to analyze the cause of the device malfunction. This could be caused by a software glitch or after mechanical damage. The owners can cope with the first problem on their own, but in case of mechanical damage, the tablet must be carried to the service.

When you tried the enumeration methods, and the device did not start working, then the problem may be hidden in the breakdown of parts. This includes:

It so happens that inexperienced users of apple gadgets use non-original chargers when charging. As a result, contact closure may occur and, as a result, damage to several parts.