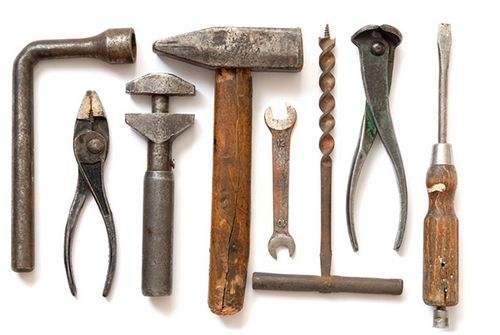 A year ago, I talked about how to get around iCloud lock on all iPad Cellular tablets. Now it’s time to talk about the way to bypass iCloud on the iPad Air 2 Cellular A1567. Updated and simplified iCloud workarounds on previous iPad models are described in How to unlock iCloud locked Apple iPad 2, iPad 3, iPad 4, iPad Air, iPad mini, iPad mini Retina, iPad Air 2, iPad mini 3 with 3G. In an article on Habrhabr How to unlock iPad 3G, locked in iCloud, I talked about the principle of operation of this method.

Difficulties in finding a workaround for iCloud on the iPad Air 2 A1567 arose due to the lack of device circuits. Precisely, they are only sold in some secret places (about 3000). One could collect this amount from donations that are sometimes sent by users of this method. But it would take at least 20 years. 🙂

I decided to take a photo of the iPad Air 2 A1567 motherboard using the scientific poke method, comparing it with the iPad Air 2 WiFi only. The device was not on hand, so others tested at your own peril and risk.

Nevertheless, we found the place that is responsible for the device identifier. You need to make a jumper with a soldering iron or draw a thick line with an ordinary pencil in this place:

Read more:  How Much Does iPad Air 2 Weigh?

Disassembled iPad Air 2 (how to center?):

How to make a jumper:

And bummer. Wifi and Bluetooth do not work after flashing the iPad Air 2 A1567 firmware from iPad Air 2 WiFi only. Those who made donations (foreigners) immediately dissatisfiedly demanded the return of donations through a refund. 🙂 Although personally, I would be happy even with such an iPad. Wacom releases cool bluetooth styluses for iPad only. Can be used for drawing

I started looking for the cause of broken WiFi and Bluetooth. All the repairmen whom I interviewed unanimously said: “Forget it! There, probably, a modem, WiFi and Bluetooth in one chip. It disconnects when you bypass iCloud. Such a device is useless. ”

We waited, waited, and suddenly it happened.

Several testers recently updated for interest to iOS 9 beta, which Apple released, and Bluetooth has earned!

I doubted the conclusion of qualified repairmen.

Now users were able to connect the tablet to mobile phones via Bluetooth and use the Internet. However, the majority still remained dissatisfied (low speed, uncomfortable, you can’t sell expensive). Plus every day at least 5-7 letters: “Give me a way to fix WiFi!”

Users who had an unlocked iPad Air 2 A1567 started looking for a reason. And here is what the iPad logs gave out (only part of the log is shown):

It turned out that for the first time in the firmware some drivers and software for WiFi and Bluetooth were missing. It was necessary to add or modify these files.

Unfortunately, I never had Apple devices and I do not understand the structure and operation of iOS and jailbrake. Therefore, I threw information to everyone I got, and they began to think together on a solution.

The biggest problem was that without a network, the jailbrake installation process hung up by 30% for most. The rest could not access the file system. But it was decided.

Next, one person with w3bsit3-dns.com somehow (did not tell me so far) edited the files from one firmware and now everything worked on iOS 8.4.

So far, this only works on iOS 8.4. But if the habray community helps develop some method of editing driver files, then we can create drivers for any version of iOS.

The results for it are as follows:

Maybe someone else wants to check the way :). Write in private messages or by mail.

Have a nice weekend and hello to Apple employees.

P.S. The post was written, and now I went to nerd Addison-Wesley Professional for the night. Php and MySQL Web Development 4th Edition.
P.S. There are complicated methods for iPad WiFi Only (and it seems even for iPhone with editing IMEI in the modem chip), but my knowledge and skills are not enough for this.

Only registered users can participate in the survey. Come in, please.