Updating old devices is a highly controversial issue. Google solved this problem by simply ceasing to release updates for devices older than three years, while Apple has been doing this for at least four to five years, and then it can still resume support for obsolete devices, if necessary for security reasons. Another thing is that recently such situations have happened so often that soon they will not be able to count them on the fingers of one hand and you will have to use the second. In the end, there are enough bugs and shortcomings in the company’s branded OS. 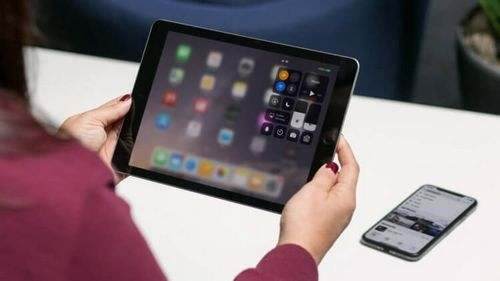 Support for iOS 12 has not stopped, because Apple is still updating it

Tonight after iOS 13.2, Apple introduced iOS 12.4.3 for older iPhone, iPod, and iPad models. The update is not compatible with all devices, but only with those that are not compatible with iOS 13. Despite the fact that their support has already stopped, this did not stop Apple from releasing an unscheduled update for them with the correction of certain errors, which Cupertino refused to disclose, but This was strongly recommended not to neglect the update, which is aimed at improving the stability and security of compatible devices. Here they are:

Read more:  How To Install Games On iPad Without Jailbreak

See also: Apple said what will happen if you do not upgrade your iPhone 5 to iOS 10.3.4

Apple did not disclose what exactly fixes iOS 12.4.3, suggesting that this is not a problem in the GPS date counting system. In any case, the company probably would have said this as they did the last time, and this problem itself, according to some reports, existed only in the earlier versions of the operating system. The company released updates for them earlier this month, indicating that the iPhone 5 owners are in the greatest danger, and recommended an urgent update for those who do not want their smartphone to suddenly turn into a brick.

Apple infrequently releases updates for those versions of iOS whose support has already ceased. In my memory, this is the third time in the last decade. Apparently, in Cupertino, they found something in the OS that required an immediate reaction from the developers, which means that even iOS 12, which many considered standard. Compared to iOS 13 for sure. Turned out to be far from ideal, at least in terms of security. So, if you use one of the devices compatible with iOS 12.4.3, update. You never know what.

You can install iOS 12.4.3 either by air or using a computer via iTunes or through a special system section if you use macOS Catalina, where iTunes is no longer there. It is possible that your device will not see the update. Therefore, if you suddenly encounter such a problem, try to request an update yourself. To do this, go to “Settings”. “Software Update” and search for available updates. After about a minute, the device will find a fresh patch and offer to download it. You just have to confirm the download and agree to install.