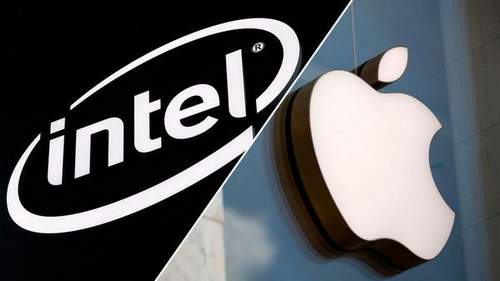 Apple continues to use the achievements of Intel.

In April of this year, Apple went global, ending a long-standing confrontation with Qualcomm. This decision was not easy for the company from Cupertino, but there was simply no other choice in that situation.

Yes, Apple will pay from 4.5 billion to 4.7 billion in compensation. it is under these conditions that Qualcomm agreed to meet the iPhone manufacturer. However, the company now has access to the most advanced chip maker designs. including modems that support fifth-generation networks.

Many speculated that Qualcomm’s cellular modules will replace Intel’s modems later this year. in the iPhone 11 line. However, this did not happen. According to PCMag, Apple uses the Intel XMM 7660 modem, which is 20% faster.

Intel‘s cell modules have often been criticized by users in the past. The fact is that in direct comparison with the main competitor. Qualcomm, Intel’s modems lost “on all fronts”. both in terms of download speed and network signal strength, as well as overall stability.

However, there is no doubt that next year Apple will use Qualcomm’s achievements. Indeed, then, according to analysts, it is worth waiting for the first iPhone with 5G support.