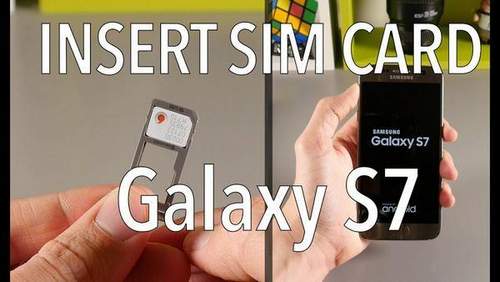 Samsung Galaxy S7 and Galaxy S7 Edge mobile phones work with Nano-type SIM cards. Therefore, if you bought this unit to replace an outdated mobile phone, you will most likely need to change the SIM card at the customer service center or independently give the card the desired format. Many users choose the second option, since contacting a service center can be associated with certain difficulties. Consider how to crop and install SIM in Samsung Galaxy S7.

The procedure for trimming SIM cards for the Galaxy S7

NanoSIM is a relatively new format for SIM cards. It first appeared on the iPhone 5 and is still used on all Apple devices. A bit later, smartphones from the Samsung Galaxy line started to be equipped with Nano-type card holders. This approach allowed us to reduce the size of mobile devices and make them more convenient to use.

If your previous gadget worked on Mini- or Micro-SIM, then before you insert such a SIM card in the Samsung Galaxy S7, it must be correctly trimmed. For the upcoming work, prepare the following tools and materials:

The procedure for trimming a SIM card to Nano format is as follows:

NanoSIM-card is ready for further use.

Installing a SIM-card in the Galaxy S7 is performed in the following sequence:

With self-cutting SIM cards, there is a small chance of damage to its microcircuit. Therefore, if the smartphone does not want to accept the card in any way, replace it with a new one at your operator’s customer service center.