How To Turn On A Smartphone Without A Battery

There are situations when you want to turn on your smartphone without a battery. For example, it is discharged, and you urgently need to make a call. In the field, this can only be done using a spare or external battery. But at home or at work, it can be connected to the mains. This will require some skills in the field of electrical engineering, as well as the ability to handle a multimeter and a soldering iron.

Why turn on a smartphone without a battery?

At first glance, it seems that there is no need to do this. But if you think about it, you can imagine situations where it can come in handy. It may be necessary to turn on a smartphone without a battery, for example, when using it as part of a security system, GSM alarm, etc. 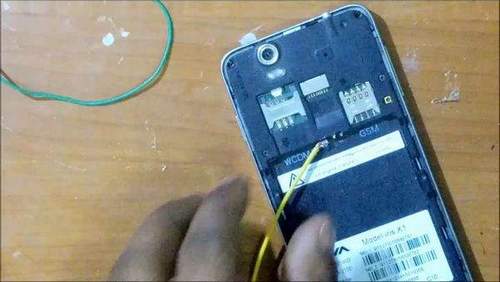 One can imagine the following situation. You bought yourself a new phone, and the old one lay idle for a long time. As a result, the battery in it failed, and important files for you remained in the phone memory. How to get to them? Do not buy a battery for this. This is where the ability to turn on a smartphone without a battery comes in handy.

If the battery does not show signs of life, then you can try to “resurrect” it for a short time. To do this, learn how to reanimate the phone’s battery.
Back to contents

Turning on your smartphone through the power connector?

If you have a separate power connector, which is rare on modern phones, you can try turning on the device with it. If this works, then this is the easiest way. No need to reinvent the wheel. Connect the charger to the power connector and turn on the smartphone. This may cause problems with the operation of the device at different degrees of load. Therefore, check the phone for performance in various conditions.

Some users write that in their case, it helped to change the charger cable to another larger section and less length. So that the cable material, length and cross section are very important. If these parameters do not meet the requirements for the smartphone, it will not accept the current necessary for operation. But, unfortunately, and maybe, fortunately, modern phones do not have a separate power connector. They have it combined with USB, which is discussed below. In this case, data is transmitted through it and the battery for the smartphone is charged.

Read more:  How to Connect Amazfit to Phone

Power on your smartphone via USB

It would seem that this is the simplest and most obvious option, but not so simple. USB phones accept current with limited current. From the “native” charger via USB, the smartphone receives the rated current. If it is connected via USB to a computer, an additional battery for a smartphone or laptop, the current is limited to 500 mA. But that is not the main problem.

We advise you to read an article on how to check the phone’s battery and its capacity. If you want to know how the first charge of the smartphone battery is done, then read the material here.

How to turn on the smartphone without battery directly?

In order to turn on the smartphone directly without a battery, you will need:

Have you thought about this issue. Non-removable smartphone battery: a problem or not? Click here to read an article on this topic.

Read more:  How to Remove Google From Phone

To turn on the smartphone without a battery, do the following: