How To Transfer Sms From Android To Android

On the mobile phone over time, a huge number of messages accumulate, both received and sent. It can be just text SMS or multimedia messages containing photos. But what if the user decided to purchase a new phone and at the same time wants to keep all SMS? In this case, you can transfer all data from one device to another thanks to the flexible settings of Android. Some manufacturers are introducing special applications into the software part of their devices to solve the task.

From the article you will learn

What is the complexity of the procedure?

On most devices, message transfer is possible only through specialized applications, of which, fortunately, the service from Google is quite a lot. In this article we will consider the functionality of SMS Backup Restore

We will also familiarize ourselves with the standard tools that some manufacturers offer in their models.

SMS Backup App Restore is designed with only one purpose. to copy and transfer SMS from one phone to another Android. Here, all operations are performed in a few clicks, regardless of the manufacturer of the smartphone and OS version. That is, this is a universal solution that will definitely suit you.

Read more:  How to Repair Google on Android

Android versions from 1.5 are supported. Developers are constantly releasing updates and fixing bugs.

To work, you need to install the application on both smartphones. Direct link to the page on Google Play below:

Next, step by step:

Actions on the smartphone from which SMS is transferred

Then you will find yourself on the main page, where the button “Create backup” will be located. Click her.

On the next page you need to choose what you want to reserve. You can SMS messages and calls.

Here, pay attention to the “Advanced Settings”. Thanks to this tool, you can select all messages or just some SMS for transfer. Having marked the necessary parameters, proceed further.

You will be prompted to choose a place to save the backup. Google Drive, Dropbox, Phone memory.

You can also schedule archiving or turn off the option.

A backup will be created for some time.

The resulting file in any convenient way you need to send to another smartphone. You can do this with the built-in “Transfer” option. 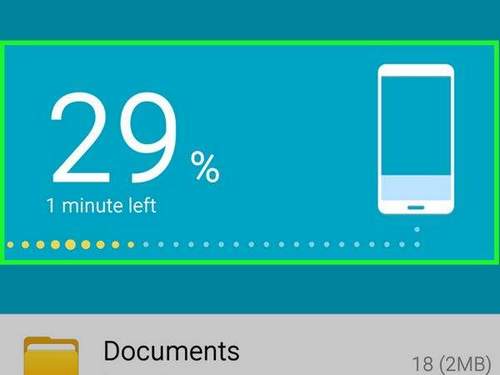 Actions on the smartphone to which SMS is transferred

The program will ask which storage location you want to restore a backup of your SMS from.

Read more:  How to Take a Screenshot on Android 9

In our example, this is a backup in the local storage of the smartphone.

We recommend that you transfer contact information along with the messages in order to know from which user a message was received.

If you have many copies, then you can use the built-in search, which is able to find all copies of SMS in the Android operating system in a matter of seconds. For users, settings are also provided in the application itself! Files can be saved in XML and uploaded to cloud services, for example, from Google or Mail for further work.

Many popular manufacturers released their own special software to solve this problem. If you did not find the name of your gadget below in the list, we recommend that you still use the above-described universal SMS Backup application Restore It can work on most mobile devices.

The large giant pleases its customers with its own application for transferring messages, settings, records and other data. The Samsung Smart Switch program is distributed free of charge in the Google Play service and can be installed on most devices from this manufacturer. Support for working with iPhone devices is also possible.

Sony developers have released their own program Xperia Transfer Mobile for copying and transferring data. It works not only with Xperia devices, but also with other mobile phones. Almost all mobile operating systems are supported, namely: Android, iOS, Windows Phone. It is possible to transfer not only text messages, but also multimedia messages, settings, photos ands, notes and other important information.

Read more:  How to Enhance Sound on an Android Phone

HTC developers have created their own software product that allows you to copy and transfer SMS from one device on Android to another. It’s about the HTC Transfer Tool app. With this program, the user can transfer not only messages, but also calendars, notes, contacts and much more from one device to another in a few clicks. The only minus of the application is that it only works on HTC smartphones!

The LG application is called LG Backup. With this tool, you can transfer almost any type of data, from calendars and messages to multimedia data. Only a smartphone that accepts data must have Android Jellybean or higher installed.

Motorola has a Motorola Migrate program for the Android OS, which is designed to transfer SMS and other data from one device to another. Again, the minus of the application is that only devices from this manufacturer are supported.

Users can carry out the desired procedure for transferring messages on Meizu smartphones using the built-in functionality of the Migration Tool. You can mark and forward only SMS, as well as the rest of the contents from the device’s memory.

Now you know how to transfer SMS from Android to Android, using built-in and third-party programs and tools that are available in the free Google Play mode! Do not forget to regularly create not only copies of messages, but also contacts, and preferably Android settings. On our site you can read instructions about this!