How To Take Screenshots On Samsung All The Ways 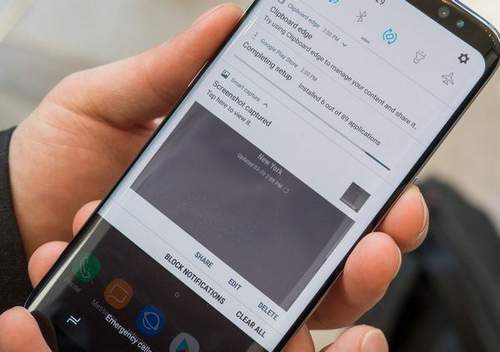 You can take a screenshot of the screen of a smartphone or tablet on Android using the standard functions of the operating system. To do this, simultaneously press the volume down keys and the power button.

Clicking the camera will tell you that the operation was successful, and a new screenshot has already been placed in the Gallery. The method works even on older gadgets running Android 2.5 and higher, including Samsung Duos and others. Samsung Galaxy J1 and S8 phone users have other advanced ways to do this.

How to take a screenshot on a Samsung Galaxy J1 phone

There are two additional methods available to the user of this budget gadget.

Snapshot with the power and home buttons

To get a photo of the contents of the screen, simultaneously press the Home key and turn on the phone. They need to be clamped before the appearance of a characteristic click of the camera.

Photographed display images are saved in one folder. You can find a file with a screenshot taken in the Gallery or through the My Files application, its icon looks like a yellow folder on the Desktop. Select the Drawings directory.

The selected file can be sent to friends or view the screen on a laptop or home computer monitor.

Gesture “rib of the palm”

This option must first be enabled in the settings, point Additional features.

A clear animation will show how to make a gesture by swiping a palm edge on the display of the phone. This should not be done too quickly, but surely. For the second or third time, most users with a gesture have no problems.

Gestures allow you to take a screenshot on all gadgets of the Samsung Galaxy series of the last 2 generations.

How to take a screenshot on the flagship Samsung S8

On these powerful smartphones, both described features are available, available for budget Samsung:

Unlike younger models, a simple editor of the display snapshot is implemented here before saving it. After taking a screenshot on Samsung Galaxy 7 or 8, circle the important points with a pencil, after choosing a color, crop or rotate the picture around the central axis.

The developers also thought about the social function. The user is offered more than ten ways to share the file via e-mail, social networks and cloud file services.

Send the file to Yandex.Disk or Google Drive to take a screenshot and edit it in a full-fledged graphical editor on your laptop, as professionals do.

To hide confidential information in the figure, editing tools when taking a screen shot on Samsung phones is not enough. You can cross out the login or bank card number with the Pencil tool, but this is inconvenient and long.

Download and install the Super screenshot program, which will take away only about 2 MB of memory on the gadget.

The application replaces the standard function of photographing the display and perfectly copes with image editing operations:

This program works on all Android devices, including budget models of Samsung phones released in the last 5 years.