How to Take apart an Asus Eee Pc Netbook

Home page »We disassemble the Asus Eee PC 1005HA laptop, clean the laptop from dust and change the thermal grease

We disassemble the Asus Eee PC 1005HA laptop, clean the laptop from dust and change the thermal grease.

Today we will disassemble and clean this little one. But as they say, small and daring. It is a decent laptop. 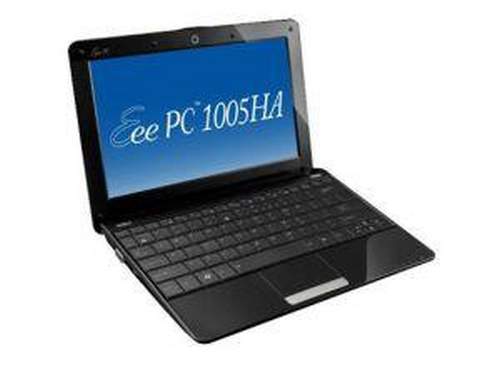 Turn the laptop over. Unscrew all the screws around the perimeter of the laptop case.
Also, unscrew the screw securing the small hatch. Under it is the RAM of the laptop. I marked the screw to be unscrewed with a red circle.

Remove the unscrewed cap. We take out the RAM, pushing the latches that hold the memory modules. Also, the battery does not interfere. To do this, we also release the latches marked with red rectangles in the photo, and pull the battery, where the red arrow points.

Near the slots with RAM, there is a screw. Turn it off. In the photo he is marked with a red circle.

Need to remove the keyboard. For a long time I will not describe how to do this, and this is not necessary. Unbend, fastening the keyboard latches, the keyboard is released. Disconnect the cable that goes from the keyboard to the motherboard. Put the keyboard aside.
Under the place where the keyboard once stood, there are several screws that must be unscrewed, do it.

Having separated the two parts, we raise the upper part. Now we see a train, I was talking about him. Disable this loop.

In this photo I showed how to disable this loop.

Read more:  How To Enter BIOS On Asus Computer

Disconnect the cable from the SD card reader.

Disconnect the cable indicated in the picture.

Disconnect the wire that goes to the Bluetooth module.

Also, we notice one cable in the upper right corner of the motherboard. Turn it off.

To remove the motherboard, you have to unscrew all the screws indicated in the photo. There are not so many, only seven pieces.

After that, the motherboard can be lifted, as shown in the photo.

Disconnect the wire from the cooling cooler to the motherboard. In the photo, it is marked with a yellow rectangle.

The following photo shows which screws need to be loosened to remove the cooling system from the motherboard.